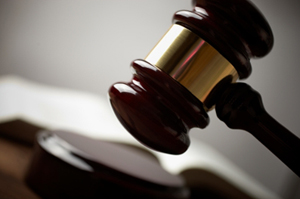 The HCLSC  health care litigation spin cycle  is in overdrive now that a Reagan-appointed federal judge has strongly signaled in court that he is very likely to follow a George W. Bush appointee who struck down the individual mandate at the heart of the new health care law.

Republican critics of the law were saying that “several” (that is, two) judges had found unconstitutional the requirement that Americans obtain insurance or pay penalties. Meanwhile, President Obama was saying: “We’ve got 12 federal courts who have dismissed similar lawsuits. So the majority of courts who looked at this issue so far are absolutely convinced that the health care bill is [constitutional].” Twelve! Sounds convincing. But Obama neglected to note that 10 of those lawsuits were mostly beside the point because they were not aimed at the individual mandate or were dismissed on grounds that did not uphold its constitutionality.

If counting judicial noses at this early stage were a reliable guide to the likely fate of the health care law on appeal, the score would stand at two Clinton-appointed judges, George Steeh and Norman Moon, upholding the individual mandate; Bush-appointed Henry Hudson striking it down Dec. 13, and Reagan-appointed Roger Vinson sounding during an oral argument on Dec. 16 like he would do the same. The four sit in Detroit; Lynchburg and Richmond, Va., and Tallahassee, Fla., respectively.

But district judges’ rulings tell us little or nothing about what the federal appeals courts and the Supreme Court will ultimately do with these cases. Below is an overview of the litigation, what it’s about, and how it’s likely to unfold.
How many health care lawsuits are there? More than 20 have been filed around the country, some going to the heart of the law and some peripheral.

Why is one provision of the massive law getting so much attention? First, it’s widely seen as a lynchpin of the Democrats’ goal — that just about every American have affordable insurance regardless of their health. Without the mandate, many people might go without insurance  thus driving up premiums for everyone else  because they would know that whenever they need coverage they could easily get it. Second, as a constitutional matter, the mandate is the law’s most vulnerable major provision because it is the first ever to require millions of Americans, in the name of regulating interstate commerce, to buy a commercial product that they  may not want to pay for. Since the New Deal, the Supreme Court has allowed Congress extremely broad powers to regulate commerce. But the Court has never said that that power is unlimited and has left room for questions such as one that Vinson asked: Could Congress “mandate that everybody has to buy a certain amount of broccoli?”

But if it’s necessary to pay for near universal coverage, it must be constitutional, right? The Obama administration and many others essentially say that. Critics say that market-based incentives would work better. One irony is that Congress could without fear of constitutional invalidation have created the kind of single-payer system that conservatives call socialism. Hudson stressed that as a matter of law, good policy is not necessarily constitutional, nor bad policy unconstitutional. But it’s pretty clear that he and Vinson think this law is bad both ways. And that Steeh and Moon think it’s good both ways.

Why do people keep saying the Supreme Court will decide the fate of the law in June 2012 or June 2013?  June is when the Court issues most of its big decisions, with some notable exceptions, whether they are argued in April or the previous October. That’s because big decisions tend to generate long opinions, dissents, and concurrences, which circulate back and forth as the justices trade debating points in footnotes. Decisions are almost never issued in July, August or September because the justices cherish their three-month summer vacations.

What has to happen before the Supreme Court gets the case? While lots of cases are pending around the country, the four mentioned above seem to be on the fastest tracks. The Detroit and Lynchburg cases are already before or headed for the U.S. Courts of Appeals for the 6th and 4th Circuits, respectively. Hudson’s decision will also go to the 4th Circuit. Vinson’s will go to the 11th Circuit no matter how he rules. And it often takes 14 months to two years for a case to move from the final ruling of a district judge such as Hudson to any decision by the Supreme Court.

Why does it take so long? Judges and lawyers move very slowly. Allow four to five months for filing of initial briefs and responses in the appeals court. Three to eight more months for the three-judge panel to rule. Another four to six months for the losing side to seek and obtain (in a small percentage of cases) a Supreme Court decision to review the case. More than three additional months of briefing before the justices hear arguments. But this timetable could slip by a year if the losing party in a regional appeals court panel obtains a rehearing before the full appellate court, or if the justices choose to await conflicting appeals court rulings rather than taking up the first case that comes along.

What’s likely to happen? Lawyers in the Tallahassee case appear to have chosen Florida for a reason: The appeal of Vinson’s decision will go to the 11-judge U.S. Court of Appeals for the Eleventh Circuit, one of the most conservative in the country. Chances are good that a typical 11th Circuit panel will move fast, by judicial standards, to strike down the individual mandate. Other cases may move fast, too. That would tee the issue up for a Supreme Court argument by the spring of 2012 and a ruling likely to fall between June 25 and 28 of that year.

Who will win? The four more liberal justices will vote to uphold the law. Can they get to five? All eyes will be on their best bets: swing-voting Anthony Kennedy and Chief Justice John Roberts.

Taylor is a contributing editor for Newsweek and National Journal.

Analysis: The Long Road To A Supreme Court Decision On Health Law’s Mandate