Dozens of terminally ill patients in California who counted on using the state’s medical aid-in-dying law may be in limbo for a month after a court ruling that suspended the 2016 measure.

A judge who ruled in May that the law was improperly enacted refused to vacate that decision at the request of advocates last week. Riverside County Superior Court Judge Daniel Ottolia set a hearing for June 29, however, to consider a separate motion by state Attorney General Xavier Becerra to reverse the decision.

Opponents cheered what they hope will be the end of a law they’ve fought from the day it was passed. Compassion & Choices, an advocacy group that promotes aid-in-dying, filed a notice of appeal late Friday and asked Becerra to uphold the group’s legal opinion that their appeal would trigger a stay of Ottolia’s judgment. Such a stay would reinstate the law pending further court action. Becerra did not immediately respond to the group, or to requests for comment.

For an estimated 200 patients who had already started the process of hastening their deaths, the decision has sparked confusion and fear, said Kat West, Compassion & Choices’ national policy director.

As of May 30, doctors had stopped writing prescriptions for the lethal medications and pharmacists had stopped filling them, leaving patients uncertain how to proceed, she said.

Dr. Lonny Shavelson, a Berkeley, Calif., physician whose practice focuses on aid-in-dying, said more than a dozen of his patients have been directly affected by the suspension.

“These are patients who are in various stages of the process, all the way from a first verbal request to those about to get the medication,” he said.

They include Debbie Gatzek Kratter, 69, a lawyer from Half Moon Bay, Calif., diagnosed last year with terminal pancreatic cancer, who has planned to take the drugs when her suffering becomes too great.

Knowing she had the choice has helped her tolerate the disease, but the suspension has made her “very uncomfortable,” she said. 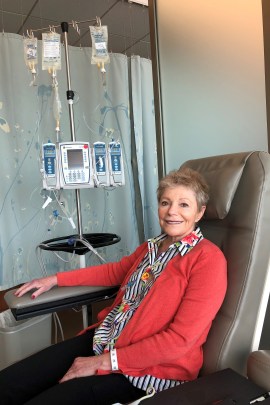 Kratter said she is considering moving to Washington state, where medical aid-in-dying remains legal, or flying to Switzerland, where physician-assisted death is allowed. Others may choose grimmer options, she said.

“This has the feeling to me of the coat-hanger abortion,” she said. “People are going to try to take things into their own hands in bad ways.”

But opponents of what’s sometimes called assisted suicide said the suspension “now opens the door to a discussion about how to better care for people at the end of their lives.”

“Halting the law likewise has the benefit of protecting a great many vulnerable people against deadly harm through mistakes, abuse and coercion — risks that go hand in hand with this type of dangerous public policy,” Matt Valliere, executive director of the group Patients Rights Action Fund, said in a statement.

California’s End of Life Option Act took effect nearly two years ago. It allowed terminally ill adults to request lethal medications from their doctors through a process that requires verbal and written requests at least 15 days apart. The practice is also permitted in six other states and Washington, D.C.

More than 100 people used California’s law in the first six months after it was enacted, according to state health officials. Hundreds more are estimated to have used it since then, though no official reports have been issued. Shavelson said he has received more than 600 requests and attended 87 deaths since the law took effect.

Several groups, including the Life Legal Defense Foundation and the American Academy of Medical Ethics, challenged the law, saying it failed to protect elderly, infirm and vulnerable patients. In mid-May, Ottolia upheld the groups’ motion that the law was unconstitutional because legislators improperly passed it during a special session limited to health care issues.

“Even the strongest proponents of assisted suicide should be gravely concerned about the lack of safeguards and protection in the law that was found to be unconstitutionally enacted by the Legislature,” Stephen Larson, a lawyer for the plaintiffs, said in an email.

Compassion & Choices challenged that decision May 30 on behalf of two terminally ill patients and a treating physician, but Ottolia rejected their motion. However, Ottolia granted a request from Becerra to consider a separate motion on the same matter June 29.

That leaves patients and doctors without clear answers for at least a month, Shavelson said.

Among the questions: If Shavelson accepts a patient’s first verbal request now, will it count toward the waiting period? Will patients who used previously obtained medications have their deaths classified as suicides, rather than as a result of their underlying illness, as required by the law? Would doctors who provide the lethal drugs be legally liable?

For actively dying patients, even a temporary pause in the law could have a profound — and permanent — effect, Shavelson added.

“They are sick, home on oxygen, at home on hospice, in pain, wondering how they’re going to die,” he said. “I have to tell them, ‘We don’t know.’”