HOUSTON — Donning a protective gown, rubber gloves and a face mask, Dayna Gurley looks like she’s heading into surgery. But Gurley is a medical social worker charged with figuring out why her client, a man who uses more health care services than almost anyone else in Houston, has been in three different hospitals in the last month.

The patient, who asked not to be identified, has chronic massive ulcers, AIDS and auditory hallucinations. He rents a cot in another person’s home but is more often homeless, with no family to help him.

“It’s almost like self-sabotage,” Gurley said about her many attempts to steady her client’s life. “We get really close to an important doctor’s appointment or getting him connected with stable housing, and his impulsiveness gets in the way of that.”

As health care costs continue to rise, hospitals and doctors are trying to figure out how to find these patients and get to the root of their problems.

An effort to do just that started in New Jersey’s poorest city, Camden, more than a decade ago. Inspired by the way police departments mapped crime data to detect “hot spots,” family physician Dr. Jeffrey Brenner dug into ambulance records and emergency department data to show how high-cost patients were shuttling between city hospitals.

To steer patients away from expensive emergency care and push health systems to change the way they do business, the Affordable Care Act funds programs called Accountable Care Organizations. These are networks of hospitals, physicians and others who team up to improve care, lower costs and reap the savings. 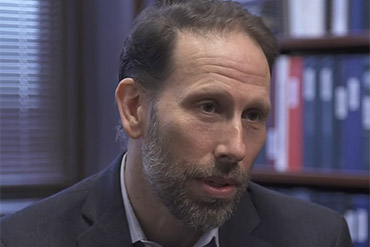 Brenner’s team at the Camden Coalition includes Latonya Oliver and Bill Nice, social workers who seek out patients like Peter Bowser in local neighborhoods. Bowser was once homeless and went to the emergency department nearly 30 times in one year.

But after Oliver and Nice helped get a permanent roof over his head, Bowser’s trips to the ER all but stopped.

“I think you’d prefer to spend your time here than in the hospital any day of the week,” Nice said to Bowser on a recent afternoon, gathered at the kitchen table in his tidy apartment.

Since then, Brenner has sought to spread the model around the country. One example is the Patient Care Intervention Center in Houston, a sprawling city desperate to aid its sickest and most isolated patients.

While the more than 100 hospitals here typically know their own super-utilizers, they had no way of knowing the top users across the entire city.

Tackling that problem took unprecedented planning among typically disjointed city and county agencies, hospitals and nonprofits. Now, many of the hospitals in Houston and the fire department pool their data and send it to Kallol Mahata, a former oil industry IT engineer with the patient care intervention center who combines it into one database.

Mahata and Dr. David Buck, the group’s founder, help to identify patients at the top of the list—the outliers of the outliers.

Teams are dispatched to parks and neighborhoods to find the patients.

Firefighters and paramedics like Thomas Pierrel often know these residents from 911 calls. But this time, their mission is different: to encourage them to enroll in the volunteer program.

Inside one super-utilizer’s threadbare home, Pierrel makes his pitch. “We go with you to your doctors, we make appointments, we find specialists. We try to maximize the resources that you have,” he tells the prospective client.

The results of these intensive interventions can be stunning.

Timmy Williams was dying when Dayna Gurley found him.

He was holed up at home and reeling from untreated HIV that had progressed to AIDS. He couldn’t take care of his young son and cycled through Houston’s hospitals.

“When we first met Timmy, he was very hard to engage,” Gurley recalled. “We knew that he probably was not taking any of his medication, and he was very skinny.” 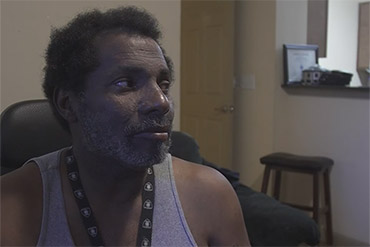 Timmy Williams says his illness no longer gets in the way of being the father he wants to be. (Sarah Varney/KHN/PBS Newshour)

She arranged for a home aide to care for Williams seven days a week, got his apartment cleaned and the lights turned back on.

Now, Williams’ HIV is undetectable and his health — and life — have been steadied.

In the two years since Houston’s Patient Care Intervention Center has been up and running, costs for those in the program have gone down 83 percent and hospital visits by 70 percent.

But it can be difficult to keep these programs moving. Often insurance companies and government payers reap those savings, rather than hospitals. Buck and Dayna Gurley were once banned from a Houston hospital whose executives feared losing money if their high-cost patients stopped showing up.

“Nobody wants to take ownership of any of it,” said Buck, his voice bristling with frustration. “The people just want ownership of what they have authority over, and that’s really the issue: each of these areas are little fiefdoms.”

Back in Camden, even Brenner is less optimistic than he once was. His office now overflows with pillows and kitchenware for clients the Camden Coalition is trying to place in housing. And he thinks homelessness and entrenched financial interests in health care are the biggest barriers.

“I think this is going to take a lot longer than I ever imagined,” he said. “I think we’re in a 20-year arc of recalibrating and rethinking what is health and what’s health care? What’s the purpose of our health care system? What are we trying to accomplish?”

But Brenner still believes these intensive efforts are the best way to help patients like Timmy Williams. He’s now healthy enough to make his way around the city on his own, says Gurley, and her super-utilizer team did more than rescue him from his darkest days.

At home now with his son, his illness no longer gets in the way of being the father he wants to be.

But it’s unclear how these efforts will be affected by a Trump administration, which along with congressional Republicans wants to repeal the health law.