Skip to content
This story also ran on The Denver Post. This story can be republished for free (details).

Davis, 50, volunteers as executive director of Period Kits, a Colorado nonprofit that provides a three-month bag of tampons and pads to people in need. On lunch breaks from his full-time job in community relations or on weekends, he heads out to a food bank in Boulder or Civic Center Park in Denver to deliver free menstrual supplies to women experiencing homelessness or extreme poverty.

“A human being should not have to choose between food and tampons,” said Davis, who added he has heard stories of women putting newspaper, cotton balls or T-shirts in their underwear because they could not afford menstrual products.

Davis works on the front lines of the movement known as menstrual or period equity, which focuses on getting tampons and pads into homeless shelters, schools and prisons — as well as eliminating taxes on these products. Supporters argue that not having affordable access to the supplies stigmatizes the girls, women and nonbinary and transgender people who menstruate. It can keep them from attending school or jobs — and even lead to health problems such as infection, including toxic shock syndrome. 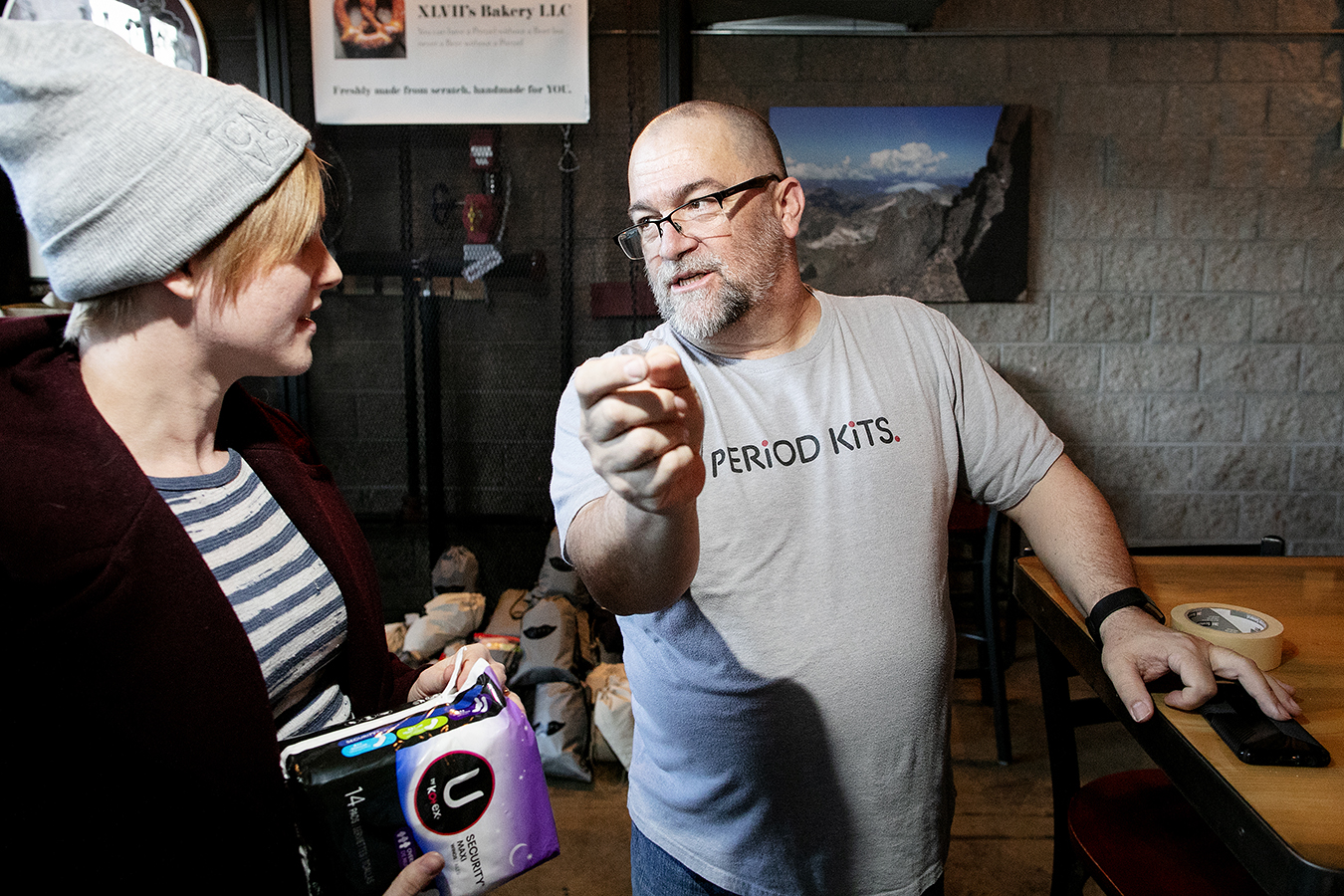 Period Kits founder Geoff Davis explains the process to a volunteer as they gather to assemble bags with a three-month supply of feminine hygiene products at Jagged Mountain Craft Brewery in Denver on Dec. 1, 2019.(Bear Gutierrez for KHN)

Thirteen states and the District of Columbia do not tax menstrual supplies, and five states do not have a sales tax at all. But Colorado isn’t among them — yet.

As with many social movements, menstrual equity activists in Colorado are finding the path to change isn’t straight. A bill to repeal the state’s tax on tampons failed in 2017. But last year, Denver repealed the city tax on tampons, and a state lawmaker pushed through legislation to provide tampons to people in custody.

So, too, are national efforts brewing ― incrementally. The first National Period Day, with rallies in the United States and abroad, took place in October. And a U.S. House bill introduced by Rep. Grace Meng (D-N.Y.) in March called for increasing the affordability and availability of period supplies, but the legislation remains in committee.

In the meantime, people like Davis are recruiting volunteers across Colorado’s Front Range to collect tampons and assemble kits. “We’re building a network of advocates,” said Davis. “It’s about awareness.”

The advocates also are dreaming bigger. Rose Grose, assistant professor at the Colorado School of Public Health at the University of Northern Colorado in Greeley, said those who menstruate should not be limited in life just because they lack access to tampons. “I’d like to see more happen on the bigger picture, policy level,” she said.

Supplying Tampons To Prisons And Schools

What’s known as “period poverty”— not having sufficient supplies during menstruation cycles — may be more well-known in developing countries but it exists across the nation. Benefits under federal safety-net programs like the Special Supplemental Nutrition Program for Women, Infants, and Children and the Supplemental Nutrition Assistance Program, or food stamps, don’t cover tampons or pads.

Anne Sebert Kuhlmann, an associate professor at St. Louis University’s College for Public Health and Social Justice, is one of the first experts to quantify period poverty in America. She found that nearly two-thirds of low-income women in St. Louis could not afford period supplies at some point during 2017.

“Menstruation is not out in the public. It’s covered up. We don’t talk about it a lot,” she said. “It hasn’t entered our conversation about basic needs.”

Still, Kuhlmann said the situation is changing rapidly as more people learn about the issue.

Colorado state Rep. Leslie Herod is among those trying to shift the conversation — and the policies. She held up a tampon on the House floor last March, a video of her testimony showed, and described the lack of menstrual products and dignity for women held in law enforcement custody. The Denver Democrat detailed how women were disciplined for bleeding on their clothes and then denied access to the prison store where they could buy tampons or pads.

“Can you imagine how degrading and humiliating that is?” Herod later said.

She sponsored a budget amendment and worked to pass a successful bill in the Colorado General Assembly, where more women hold office than ever before in the state. The measure provides menstrual supplies to people in Colorado prisons, jails and youth detention facilities.

Then, in January, Democratic state Rep. Brianna Titone introduced a bill to allow qualifying Colorado public schools to apply for grants to provide free menstrual products to students. High school seniors Julia Trujillo and Jocelyn Gotfred encouraged her to pursue the measure, which is pending, after they fought to get free dispensers in their school bathrooms in Arvada, a Denver suburb.

“The conversation is changing because young, active, progressive women are standing up for each other and saying, ‘I have access to these products; you should, too,’” said Herod. 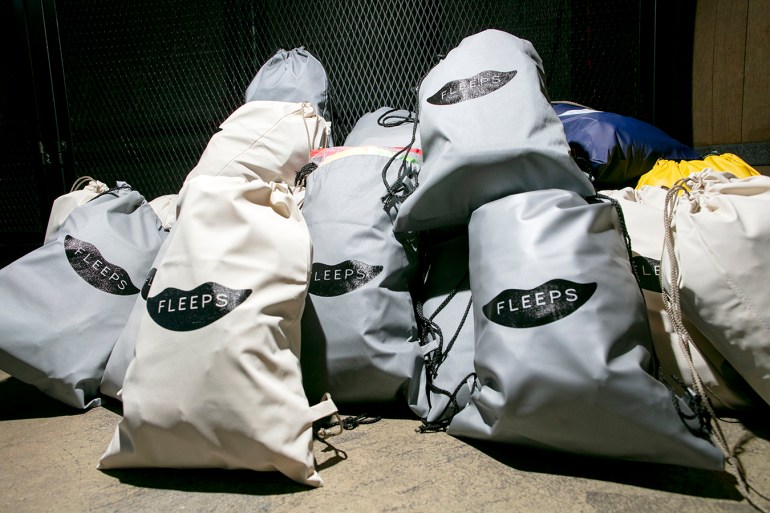 Period Kits provides a three-month bag of tampons and sanitary pads to people in need. (Bear Gutierrez for KHN) 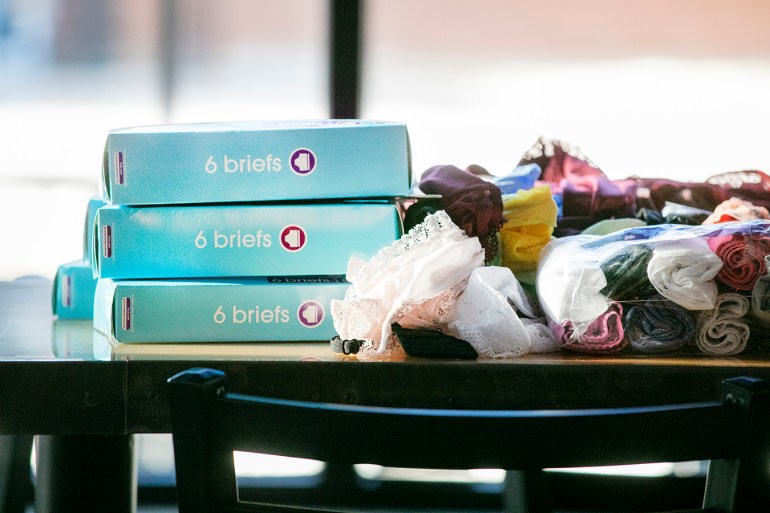 The Challenge Of Repealing Taxes

But repealing the Colorado state sales tax on tampons was a different story. Colorado, like many states, collects a general sales tax except on necessary items like food and prescription drugs. Tampons and pads are subject to Colorado’s 2.9% sales tax. Colorado state Rep. Susan Lontine introduced a bill in 2017 to eliminate the sales tax on those products, but it never made it out of committee.

This past year, in Colorado’s capital, Denver City Council President Jolon Clark was shocked to learn from a female staffer that his city taxed tampons and pads. So Clark successfully led efforts to repeal the city sales tax of 4.3% on tampons and pads (that’s on top of the state’s 2.9% sales tax). The city treasury estimated that eliminating the tax would reduce annual revenue by $450,000.

“When we talked about it in neighborhood meetings, people started cheering,” said Clark.

But he noted that issues popular in Denver don’t always resonate with voters in the rest of the state, especially policies on taxes that can prompt battles between the red and blue parts of Colorado.

Davis stacked boxes of tampons, pads, liners and wipes in the middle of long wooden tables. An enormous cardboard box was filled with women’s underwear. Each cloth bag would get 40 tampons, 20 pads, 20 liners, six pairs of underwear and wipes.

“It should not be so expensive and so hard,” said Liz McGhee, 54, a volunteer from Denver, who worried that some low-income women in her community can’t afford menstrual supplies on a monthly basis. She had bought $125 worth of tampons and pads at Walgreens to help build kits.

“Period supplies are some of the least donated items to food pantries and shelters,” said Samantha Bell, director of the Connecticut-based Alliance for Period Supplies, a national network of 76 programs doing similar efforts.

Davis said he’s hoping to change that while also reducing the stigma, one Period Kit at a time in Denver. “A period is not gross or disgusting,” he said. “It needs to be treated with the respect it deserves.”

Tampons, Pads And Politics Mesh In New Push For Access To Menstrual Supplies