In his new book, “The Patient Will See You Now,” Dr. Eric Topol envisions patients as partners in their own health care rather than petitioners to the medical establishment. Armed with smartphones equipped with apps to monitor vital signs and perform diagnostic tests, patients’ reliance on physicians will diminish, he predicts, and doctors will generally assume a consulting rather than controlling role with their patients, who will monitor and manage their own health for the most part. 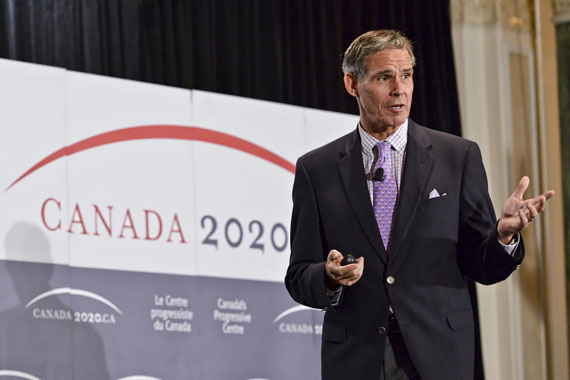 Topol notes that the technology is already available to perform many tests and exams via smartphone, including apps that check for ear or skin infections and perform electrocardiograms. He predicts that routine diagnostic tools will grow exponentially in the next few years.

Doctors’ skills will continue to be important in emergencies and in treating serious or complicated conditions, Topol says. But for routine health care, patients will be in the drivers’ seat.

Topol is a cardiologist and director of the Scripps Translational Science Institute in La Jolla, Calif., a research and education center that focuses on genetic factors in health and disease and using digital technology for health monitoring. We spoke recently about his new book. This interview has been edited and condensed.

Q. You’re pretty passionate that people should be the boss of their medical lives, including owning and taking charge of their medical information. But taking responsibility can be a scary burden. To what extent do you think people need to be persuaded that this is something they want for themselves?

A. First, most people have been suppressed for so long that they don’t realize they can be liberated. The information hasn’t been shared as it should be and it and hasn’t been owned by people. In surveys, 80 percent of consumers say they want to have their medical data and take charge of it. But it’s not for everyone. There are people, some seniors for example, who are happy with the way it is. But the dominant number of people want a new model. It’s their body and their data, so why shouldn’t they get it?

Q. When you discuss people getting unfiltered access to medical test results, you sometimes seem pretty breezy about people’s ability to understand what the results mean. Regarding lab tests, for example, you say there are reference ranges that explain for people what the results mean and leave it at that. But it’s not that simple. How will people interpret all this data that they’re in charge of?

A. Are you a doctor? You’re sort of sounding like one. I’m not talking about major trauma. I’m talking about ear infections and heart arrhythmia, things that are quite routine. It’s like Rodney Dangerfield: Patients don’t get no respect. There’s a lot of software with great data visualization, and with the right educational data and good support, the patient is often capable of handling the data without any need on the diagnostic side for the doctor to know what is going on.

Q. As technology plays a bigger role in how consumers receive medical care and manage their health, it seems we could be headed toward a new type of have and have-not divide, where people who are comfortable with technology may be more likely to be healthy than those who aren’t. Do you worry about this?

A. I have a lot of patients in their 80s and 90s we convert to smartphones so we can get a better handle on their heart rhythms or glucose, for example. For those that are willing and able, they may be particularly enthralled by this new way of being the patient in charge.

The number of people who are interested [in seeing their data] is higher than might be anticipated.

Q. You discuss the trend toward virtual visits, which you say are cheaper and just as good as in-person visits according to key measures such as misdiagnosis. You predict that physical visits are on their way out. Is there nothing about an in-person visit that is superior to a virtual one?

A. I don’t want to say that. We’ll never give up the in-person visit. Ideally, there’s a level of intimacy there that you can never replace. You’re in the same room with a person, there are things that you pick up and share, and it’s a much more rich experience.

But that’s not the typical experience of a doctor visit today. It’s short, the doctor is pecking away at a keyboard.

In a virtual visit, it’s not going to be just two people video chatting. Increasingly, patients will have information from sensors to share, they’ll have lab work and other data that will be transmitted to the doctor prior to or during the visit. We’re talking about data exchanges, and that will make the virtual visit a different one because it’s a very efficient way to practice medicine. But it’s not for everything.

Q. When will an in-person visit be warranted?

A. Physical visits will not be generally required or used to manage routine chronic conditions such as high blood pressure or diabetes. But for serious conditions and emergencies, or when there is a need for a change of approach, confusion, something that’s not straightforward, a physical visit may be necessary.

Q. With the doctor in the role of consultant to the patient?

A. Yes. There will be oversight of data and treatment by the doctor. Much diagnosis and monitoring will be shifted to the patient if he or she is willing to take it on.

Q. You make the case that if people surrender their personal medical data to be incorporated into big data banks to be analyzed, we might be able to someday predict disease, which would benefit us all. Given the lack of privacy protections at this time, that seems like a big risk to take, don’t you agree?

A. I’m very worried about privacy and security of data. We have to nail down the privacy and security issue, which is possible through both technological approaches and governmental legislation. We’re far from ready for that now. But once that is assured at the highest level, most people are eager to share their medical data provided it is de-identified and has no risk of being re-identified. If properly assembled, a big medical knowledge resource could be extremely beneficial.

Q. You discuss the lack of transparency of medical prices and the roadblocks that creates for patient-managed care. It’s a huge problem, but the solution can’t be as simple as everyone knowing what things cost. Can the health care system as currently organized, dominated by private insurers and employers, really become cost efficient?

A. It could become really efficient. Patients assuming a larger co-pilot role are only part of the story. I can give many examples of patients who get an electrocardiogram through their phone and it saves them a visit to the emergency room. There are lots of ways to cut costs.

But the deeper question you’re getting to is that we still have this fee-for-service system, and doctors are not enamored of patients being in charge. This is their business and this is relinquishing part of that control, what data people are gathering and seeing, and getting some initial interpretation without them. Incentivizing physicians for this would be good, but we don’t yet have a system for that.