When U.S. scientists launch the first large-scale clinical trials for COVID-19 vaccines this summer, Antonio Cisneros wants to make sure people like him are included.

Cisneros, who is 34 and Hispanic, is part of the first wave of an expected 1.5 million volunteers willing to get the shots to help determine whether leading vaccine candidates can thwart the virus that sparked a deadly pandemic.

“If I am asked to participate, I will,” said Cisneros, a Los Angeles cinematographer who has signed up for two large vaccine trial registries. “It seems part of our duty.”

It will take more than duty, however, to ensure that clinical trials to establish vaccine safety and effectiveness actually include representative numbers of African Americans, Latinos and other racial minorities, as well as older people and those with underlying medical conditions, such as kidney disease.

Black and Latino people have been three times as likely as white people to become infected with COVID-19 and twice as likely to die, according to federal data obtained via a lawsuit by The New York Times. Asian Americans appear to account for fewer cases but have higher rates of death. Eight out of 10 COVID deaths reported in the U.S. have been of people ages 65 and older. And the Centers for Disease Control and Prevention warns that chronic kidney disease is among the top risk factors for serious infection. 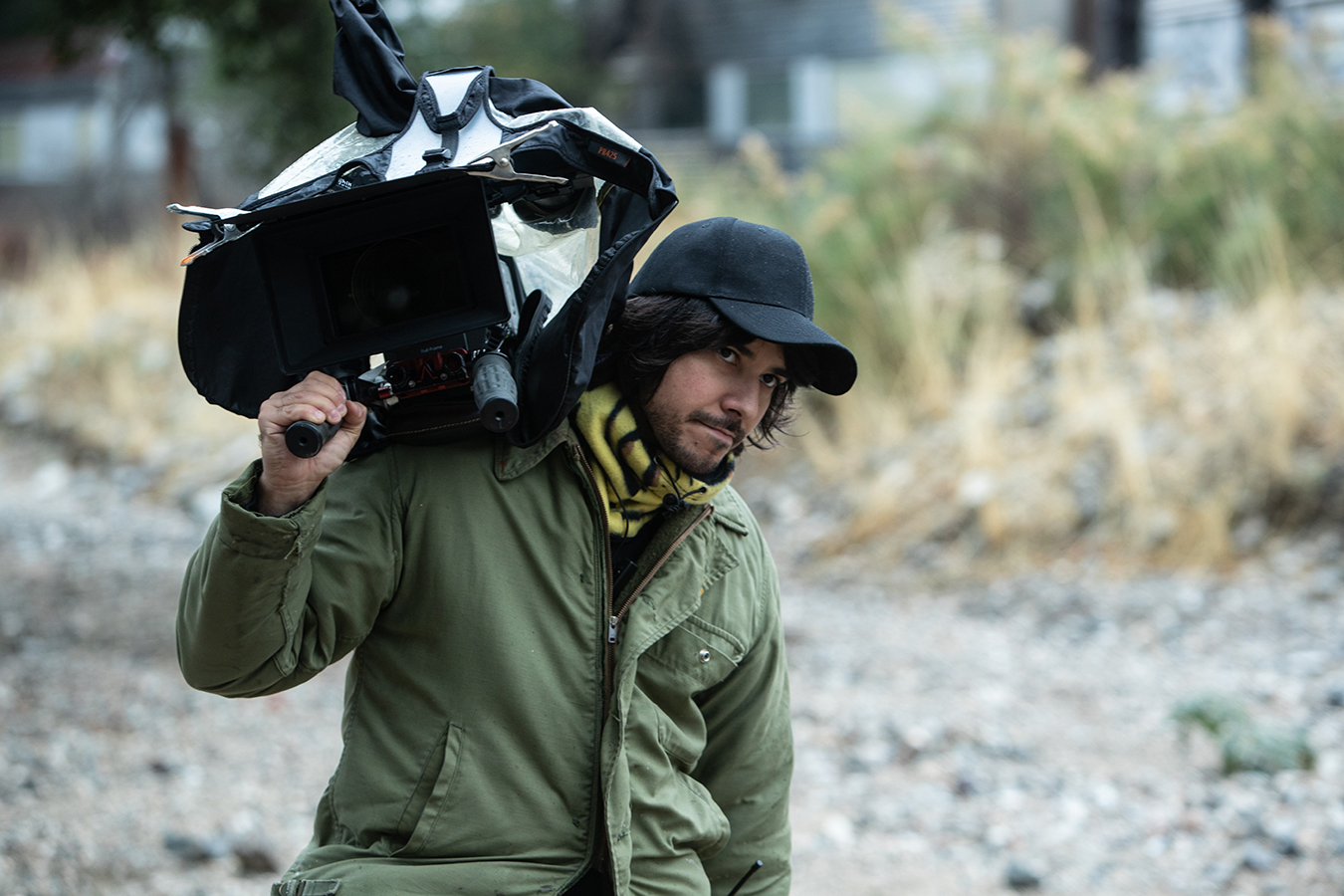 Antonio Cisneros, a Los Angeles cinematographer, signed up for two COVID-19 vaccine trial registries. He is among the first wave of volunteers. “If I am asked to participate, I will,” says Cisneros. “It seems part of our duty.”(Photo by Steven Shea)

Historically, however, those groups have been less likely to be included in clinical trials for disease treatment, despite federal rules requiring minority and elder participation and the ongoing efforts of patient advocates to diversify these crucial medical studies.

In a summer dominated by COVID-19 and protests against racial injustice, there are growing demands that drugmakers and investigators ensure that vaccine trials reflect the entire community.

“If Black people have been the victims of COVID-19, we’re going to be the key to unlocking the mystery of COVID-19,” said the Rev. Anthony Evans, president of the National Black Church Initiative, a coalition of 150,000 African American churches.

Evans and his team met in mid-July with officials from Moderna, the Massachusetts biotech firm that launched the first COVID vaccine trial in the U.S., to discuss a collaboration in which NBCI would supply African American participants. But that was less than two weeks before the start of a phase 3 trial expected to enroll 30,000 people, and Evans said the meeting was his idea.

When it comes to trials for drug treatments and vaccines, diversity matters. For reasons not always fully understood, people of different races and ethnicities can respond differently to drugs or therapies, research shows. Immune response wanes with age, so there’s a high-dose flu shot for people 65 and older.

Still, the pressure to produce an effective vaccine quickly during a pandemic could sideline efforts to ensure diversity, said Dr. Kathryn Stephenson, director of the clinical trials unit in the Center for Virology and Vaccine Research at Beth Israel Deaconess Medical Center in Boston.

“One of the questions that has come up is, What do you do if you’re a site investigator and you have 250 people banging on your door — and they’re all white?” she said.

Do you enroll those people, reasoning that the faster the trial progresses, the faster a vaccine will be available for everyone? Or do you turn away people and slow down the study?

“You’re accelerating development of a vaccine, and if you hit a milestone, what is the meaning of that milestone if you don’t know if it’s very safe or effective in [a given] population? Is that really hitting the milestone for everyone?” she said.

Including people who are elderly or have underlying medical conditions is vital to the science of vaccines and other treatments, even if it’s more difficult to recruit patients otherwise healthy enough to participate, advocates said.

“We have to admit that older adults are the ones who are likely to develop side effects” to treatments and vaccines, said Dr. Sharon Inouye, director of the Aging Brain Center and a professor of medicine at Harvard Medical School. “On the other hand, that is the population that will be using it.”

People with kidney disease, which affects 1 in 7 U.S. adults, have been left out of clinical research for decades, said Richard Knight, a transplant recipient and president of the American Association of Kidney Patients. Nearly 70% of more than 400 kidney disease patients the organization surveyed in July said they’d never been asked to join a clinical trial.

Excluding from the vaccine trial such a large population vulnerable to COVID doesn’t make sense, Knight contended. “If you’re trying to manage this from a public health standpoint, you want to make sure you’re inoculating your highest-risk populations,” he said.

New guidance from the federal Food and Drug Administration, which regulates vaccines, “strongly encourages” the inclusion of diverse populations in clinical vaccine development. That includes racial and ethnic minorities, elderly people and those with underlying medical problems, as well as pregnant women.

But the FDA does not require drugmakers and researchers to meet those goals, and will not refuse trial data that doesn’t comply. And while the federal government is rushing billions of dollars to fast-track more than a half-dozen leading candidates for COVID vaccines, the pharmaceutical firms producing them are not required to publicly disclose their demographic goals.

“This is business as usual,” said Marjorie Speers, executive director of Clinical Research Pathways, a nonprofit group in Atlanta that works to increase diversity in research. “It’s very likely these [COVID] trials will not include minorities because there’s not a strong statement to do that.”

The vaccine trials are being coordinated through the COVID-19 Prevention Network, or CoVPN, based at the Fred Hutchinson Cancer Research Center in Seattle. It draws on four long-standing federally funded clinical trial networks, including three that target HIV and AIDS.

Those trial networks were chosen in large part because they have rich relationships in Black, Latino and other minority communities, said Stephaun Wallace, director of external relations for CoVPN. The hope is to leverage existing connections based on trust and collaboration.

Wallace acknowledged, however, that attracting a diverse population requires investigators to be flexible and innovative. There can be practical problems. Clinic hours may be limited or transportation may be an issue. Older people may have problems with sight or hearing and require extra help to follow protocols.

Distrust of the medical establishment also can be a barrier. African Americans, for instance, have a well-founded wariness of medical experiments after the infamous Tuskegee Study and the exploitation of Henrietta Lacks. That extends to suspicion about recommended vaccines, said Wallace.

“Part of the consideration for many groups is not wanting to feel like a guinea pig or feel like they’re being experimented on,” he said.

Moderna, which plans to launch its phase 3 trial Monday, said the company is working to ensure participants “are representative of the communities at highest risk for COVID-19 and of our diverse society.”

However, results of the company’s phase 1 trial, released in mid-July, showed that of 45 people included in that safety test, six were Hispanic, two were Black, one was Asian and one was Native American. Forty were white.

Phase 1 and phase 2 clinical trials aim to test the best dose and safety of vaccines in small groups of people. Phase 3 trials assess the efficacy of the drug in tens of thousands of people.

Investigators at nearly 90 sites across the U.S. are preparing now to recruit participants for Moderna’s phase 3 trial. Dr. Carlos del Rio, executive associate dean at the Emory University School of Medicine, will seek 750 volunteers at three Atlanta-area sites. Half will receive the vaccine; half, placebo injections.

Del Rio has had marked success recruiting minorities for HIV trials and expects similar results with the vaccine trial. “We’re trying to do our best to get out to the communities that are most at risk,” he said.

Meanwhile, vaccine volunteers like Cisneros just want the advanced trials to start. He signed up for the CoVPN trials. But earlier, he also signed up for 1 Day Sooner, an effort to launch human challenge trials, which aim to speed up vaccine development by deliberately infecting participants with the virus. Such trials can be completed in weeks rather than months but risk exposing volunteers to severe illness or death, and federal officials remain leery.

Cisneros is willing to take that risk to help halt COVID-19, which has killed 143,000 Americans. He said it’s a way to take action at a time when the U.S. government has failed to protect minorities, the elderly and other vulnerable people.

“Government is supposed to help those who can’t protect themselves,” he said. “It appears to me the only thing they want to protect is people with money, people with guns — and not brown people like me.”

The Color of COVID: Will Vaccine Trials Reflect America’s Diversity?