Academic medicine is still a man’s world, according to two studies and an accompanying editorial published Tuesday in the journal JAMA.

Despite growing numbers of women doctors and researchers, the top echelon at U.S. academic medical facilities is still heavily skewed to favor men, the studies suggest. 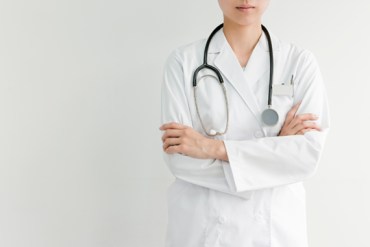 The larger study examined male and female promotions in medical schools, analyzing about 90,000 doctors’ records. It found that, even when accounting for factors such as experience, age and research, men are 15 percentage points more likely to have the rank of full professor – the senior-most position on a tenure track – than are women. Women generally do produce less research than men, the study adds, which it suggests may be because of roadblocks like lack of mentorship and less institutional support.

“Sex differences in full professorship were present across nearly all specialties and were consistent across medical schools with highly and less highly ranked research programs,” the researchers wrote.

Nearly half of all medical school graduates are now women, the researchers point out.

The second paper, a shorter research letter, looked at funding applicants to two research programs in New England and suggested women may face greater difficulty in getting funding for biomedical research. But the authors cautioned the trend merited further research before conclusions are drawn about how applicable the finding is and what factors are behind it.

The studies highlight an unfriendly environment for women in academic medicine, an accompanying editorial finds: “The potential of women in medicine and science, like those in many other professions, has not been fully realized. When compared with men, women in these fields are paid less, have higher rates of attrition, have fewer scientific publications, and are less likely to apply for NIH funding and to be principal investigators. It is not surprising therefore, that women are less likely to advance to the highest ranks in academic medicine.”

Carrie Byington, associate vice president for faculty and academic affairs at the University of Utah Health Sciences, who co-authored the editorial, said in an interview that climate could discourage talented people from becoming doctors, resulting in less diverse researchers who in turn investigate a smaller variety of questions. And it might leave patients less likely to find doctors they can really relate to.

Those concerns extend beyond the issue of gender, she added, to factors like race, ability or sexual orientation.

“When you talk to patients, you understand how important it is to have excellent communication – and there are a lot of data that indicate concord between patients and physicians, either with respect to race or ethnicity or language helps in the outcome for that patient,” she said. “We want to be able to offer our community the opportunity to be cared for by the types of physicians that represent their gender, or their race, or their ethnicity.”

Her editorial recommends more transparency in hiring and promotions.

History plays a role. Tenure policies in the world of academic medicine haven’t allowed for much flexibility, which could disproportionately harm women when they have families or children, Byington said. Allowing for things like paid parental leave could help mitigate some of those concerns, along with trying to create a more “inclusive culture.”

And teaching medical professors to “mentor across boundaries” could help, she added.

But the issue goes beyond questions of support, said Anupam Jena, an associate professor of health care policy at Harvard Medical School and the lead author on the first study. He pointed to the discrepancy in promotions for men and women who are, more or less, equally qualified. That difference, which held true regardless of the medical school’s research profile, is likely thanks to implicit or explicit bias, he argued.

“That’s kind of a distinct problem that you can’t solve by institutional support and mentorship,” Jena said. “There’s some discrimination.”

Talented women may be less likely to enter medicine, especially in an academic setting, if they know they face longer odds in advancing, Jena said. That could harm patients, he added, because they then lose out on getting the best doctors possible.

Institutions could try to combat that bias, Jena suggested, by taking details about what’s required for promotion and who meets those qualifications, and then analyzing that information clearly and publicly so as to deter any unfair biases.

Since academic promotions often heavily consider research output, the results of the second study also play into questions surrounding the glass ceiling. Scientists at the Massachusetts-based research group Health Resources in Action looked at why women may also face more difficulty in getting research funding, especially those with PhDs or MD-PhDs. They analyzed the grants awarded by two foundations – which focus specifically on promoting research by New England-based academics early in their careers – and found evidence suggesting women may be less likely to succeed in getting grants.

The difference was only statistically significant for applicants who had PhDs and for those who researched scientific questions rather than clinical ones. But at least part of that could be a product of sample size, said Robert Sege, lead author of the study and vice president of Health Resources in Action, which helped those two foundations award its grants. If the research were done on a broader scale, he said, he wouldn’t be surprised to find the difference translate over to MD-PhDs, who engage in both clinical and basic research.

And that difference can really matter, especially when it comes to basic scientific research, which may require more expensive infrastructure and equipment. If women struggle to get funded, they may be less likely to stay in science, Sege said, which could affect the pipeline of people entering medicine and medical research.

But, he added, more research needs to probe why the difference exists and what can be done to effectively address it. Byington echoed that point.

“The time is really ripe to address equity in the academic health centers,” she said.