By all rights, Fletcher Hall should not be happy.

At 76, the retired trade association manager has endured three heart attacks and eight heart bypass operations. He’s had four stents and a balloon inserted in his heart. He has diabetes, glaucoma, osteoarthritis in both knees and diabetic neuropathy in both legs. He can’t drive. He can’t travel much. He can’t see very well. And his heart condition severely limits his ability to exercise. On a good day, he can walk about 10 yards before needing to rest.

Yet the Brooklandville, Md., resident insists he’s a genuinely happy guy — in part, because he appreciates what he can do. “There’s no question that as age impinges on your life, you do have ‘black dog’ days,” said Hall. “I fight aging every day. But I never, ever give up. You have to work at keeping happy.” 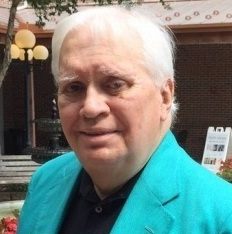 At 76, Fletcher Hall has a variety of medical conditions that dictate what he cannot do in life, yet he’s focused on what he can do. “You have to work at keeping happy,” he says. (Courtesy of Fletcher Hall)

Hall focuses on the things that bring him joy: writing and listening to music and audiobooks. By juggling those pastimes throughout the day — every day — he ultimately feels a sense of contentment. “Every one of those things requires that I use my mind — which is a good thing.”

Geriatric experts agree that Hall has pretty much figured out the right formula. “You have to be willing to accept your new reality — and move forward,” said Dr. Susan Lehmann, director of the geriatric psychiatry day program at Johns Hopkins University School of Medicine. “Aim to have the best life you can at where you are right now.”

Living with chronic disease often complicates life. The majority of adults 65 and over have multiple chronic conditions that contribute to frailty and disability, according to a 2013-14 report from the Centers for Disease Control and Prevention. The percentage of chronic conditions among people 65 and over has increased over time, too. The percentage of people reporting hypertension, asthma, cancer and diabetes was higher in 201314 than in 1997-98, reports the CDC.

Chronic pain, in fact, more frequently leads to depression than does anxiety, said Dr. Kathleen Franco, associate dean at the Cleveland Clinic Lerner College of Medicine. That depression then leads to additional pain and suffering, she said. “So you have an emotional and physical component.”

That’s why Hall clings dearly to his greatest passion: writing. When he retired at 65, his original plan was to travel with his wife, Tracey. His physical limitations curbed those goals, so he circled back to what has brought him the most happiness. He stays engaged in daily news by writing for two blogs — including one at-large column in which he espouses what he calls his “compassionate conservative” values.

Hall also adores reading, even though glaucoma has made it all but impossible. Not one to give up, he uses his Amazon Echo smart speaker to order audiobooks. He loves sitting on his balcony in the sunshine and listening to books like The Guns of August. Similarly, he enjoys streaming both classical and country music, especially the Oak Ridge Boys and the country rock group Alabama.

Hall also has learned to use Alexa, the Echo’s built-in digital assistant, to help with seemingly simple tasks that are difficult with poor eyesight. To tell time, he simply asks Alexa.

Beyond that, he avoids getting trapped in any frustration loops, such as trying to troubleshoot computer issues. During a recent technological tussle, he simply shut down the machine and turned on PBS and Charlie Rose. “Watching that show keeps my mind active,” he said. After taking time to de-stress, he was able to solve the tech issue.

Hall finds some excuse to get out of his house every day. Sometimes he runs an errand. Or he’ll meet a friend for lunch. As a bird lover, he might just sit in a park listening to birds singing. “If I can combine a pleasant venue with the sound of bird symphonies, I’m a happy camper,” he said.

This is Hall’s version of what some experts call “mindfulness.” Mindfulness, which often involves deep, slow breathing that’s aimed at lowering your heart rate and calming you down, can be highly effective on older, ailing people, said Franco. “It’s simple. It doesn’t cost anything. You can do it and no one even knows you’re doing it.”

One other thing often works like magic: helping others. “Once you start giving to others, you tend not to get stuck in your own aches and pains,” said Franco. 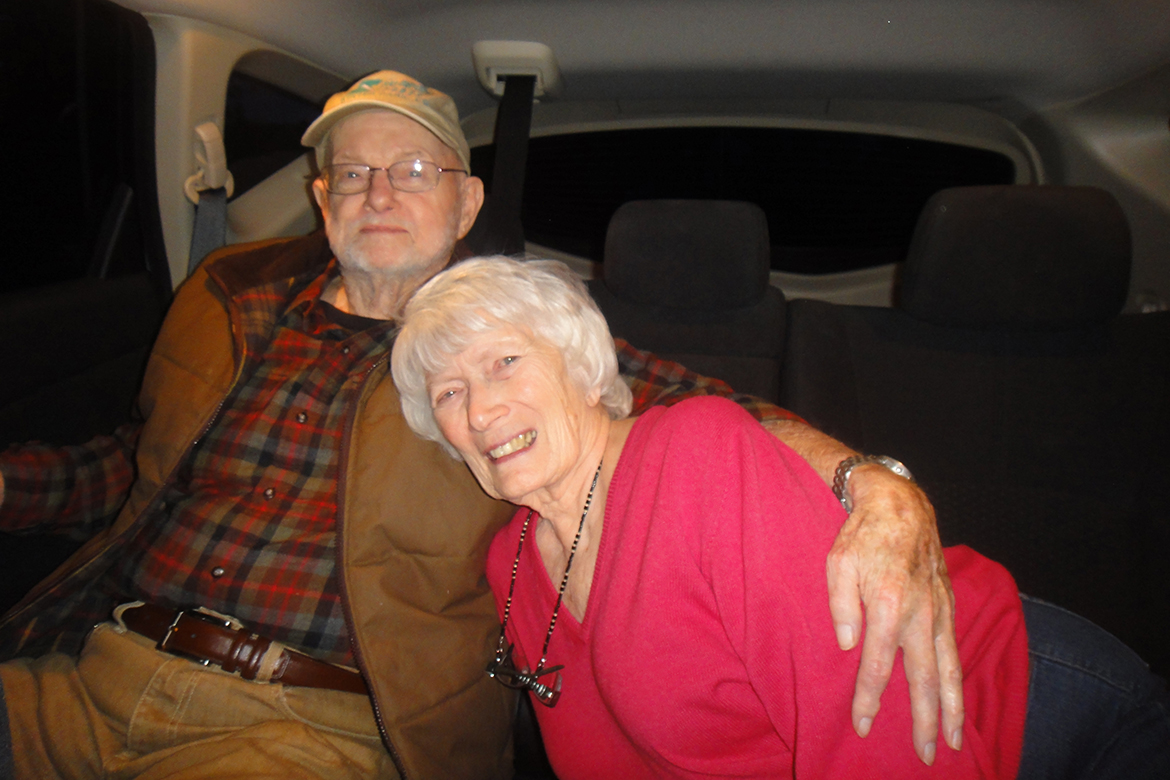 Four years ago, Anne McKinley’s husband of 59 years, Cameron, died. This is one of the last photos of them together, sitting in the back seat of a car on the way to view aspen trees in Colorado. (Courtesy of Carol McKinley)

Anne McKinley knows this firsthand. Even at 85, she still volunteers for an aging advocacy group and sits on its board of directors.

McKinley copes with the debilitating effects of lifelong scoliosis. She, too, battles glaucoma, and her visual perception difficulties affect her balance. She’s had both knees replaced and more recently needed emergency surgery for an infection she contracted in the hospital following parathyroid surgery, which also affected her vocal cords.

The Evergreen, Colo., resident said that keeping a very positive attitude — and constantly reaching out to family and friends — keeps her content.

“Feeling like I have control of my life is very important,” she said. “The key is not to feel rushed. I can accomplish one thing in a day and feel good about it.”

It’s been a tough road since her husband, Cameron, died four years ago after 59 years of marriage. But with her master’s degree in social work and experience as a social worker, she knew how to utilize social services for older people in her community. That includes one service that performs housekeeping and other chores for a modest fee.

McKinley still visits family in Florida — though she must use a cane or walker to get around. Her grandchildren frequently come to visit, “and we feast whenever they do,” she added, typically on the cookies and pies she loves to bake. Above all, she said, she’s always getting out of the house. She gets her hair cut every week. “It’s my best remaining feature,” she said.

Then, there’s her Siamese cat, Frankie, who joins McKinley every evening at 6 p.m. to watch the evening news while McKinley makes herself a snack and a martini. “My favorite part is the olives,” she said.

And, yes, she expresses how particularly grateful she is for what she has — including a home with a 20-foot-high ceiling on an 18-acre site, where she can look out any window and see the surrounding beauty.

The real key to happiness at every age and stage — particularly old age — is not material things, but gratitude for life’s simple blessings, like laughter among friends or watching a sunset with a loved one, said Lehmann, the Johns Hopkins doctor. “It’s the small things in life that end up mattering most of all.”

The Secret To Chronic Happiness As You Age