Health care groups, nervous about the debt deal’s “super committee” deliberations that begin next week, are likely to fare far better under a series of automatic cuts than any agreement the panel may reach. At least that’s the opinion of Washington insider Christopher Jennings, a former Clinton administration health care adviser. 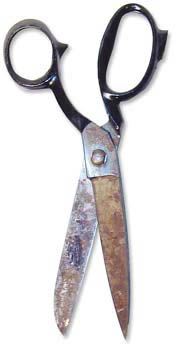 “Washington’s governing precept is that the devil you know is preferable to the one you don’t,” Jennings writes in a  piece published Wednesday in the New England Journal of Medicine.  He adds: “health care stakeholders are beginning to conclude that any plan agreed on by the super committee would result in larger aggregate cuts and would have a greater negative impact.”

Such a plan would almost inevitably include “new and damaging” Medicaid cuts, Jennings notes. That idea has been worrying Medicaid advocates since the deal was first announced. While the entitlement program for the poor and disabled is protected in the automatic cuts, not so in the panel’s deliberations on a comprehensive package.

Doctors and hospitals also believe that the panel could well produce more extensive Medicare cuts beyond the  $130 billion to $150 billion that would be cut through the fallback plan. Some liberals have been thinking that the across-the-board 2 percent cut in the growth of Medicare spending may be the lesser of two evils.

Patient groups “have virtually no reason to want the super committee to act” since the automatic cuts explicity exempt seniors and the lowest-income Americans from paying more.” Those groups, Jennings says, “are highly skeptical that an alternative ‘big’ deal would be balanced and fair.”

A balance of polices to spur job growth and boost the economy combined with “a thoughtful collection of payment and cost-sharing reforms” to boost Medicare and Medicaid, as well as a permanent answer to the yearly Medicare physician payment dilemma — the so-called doc fix — would be the ideal super committee compromise, Jennings says. He quickly adds it’s also unlikely:  “The choice is therefore not a close call; the automatic cuts are by far the best poison to be forced to take.”

The ‘Super Committee’ And The Devil You Know