Solorah Singleton has been waiting years for breast augmentation. She doesn’t want to jinx it now, but the Philadelphia resident thinks it’s finally within reach.

Singleton, 36, was born male but identifies as female. For seven years, she has had regular hormone therapy, never seeing surgery as an option. She previously didn’t have health insurance and didn’t think she could cover the cost of the procedure out-of-pocket.

Now, that’s changed. Last summer, her home state of Pennsylvania updated its Medicaid policy to spell out coverage of care related to gender transitioning — including surgery. Soon after, employees at a local health clinic signed Singleton up. She has since received medical approval for surgery and hopes to get it done soon.

Her experience aligns with a larger trend that could soon lose steam. Spurred in part by anti-discrimination rules in the 2010 health law, Pennsylvania — along with 13 other states plus the District of Columbia — rewrote its Medicaid policy to clarify how it covers transition-related care. Montana, the most recent adoptee, posted its change in May. Because Medicaid, the state-federal health insurance program for low-income people, covers a disproportionately high number of transgender people compared with the general population, the potential change could heap hardship on an already embattled population.

The ACA’s non-discrimination portion, known as Section 1557, says federally funded programs that provide health care, coverage or related services cannot discriminate based on sex. The provision has been in effect since the law’s enactment and helped fuel a federal push to protect transgender people from discrimination in receiving health care services. In 2016, the Obama administration’s Department of Health and Human Services issued the final rule crystallizing that policy.

Before the ACA, Medicaid operated under its own anti-discrimination requirements. However, many state programs were vague in describing gender-transition benefits. This made it difficult for people like Singleton to understand what Medicaid covered. It also made it easier for plans to question the “medical necessity” of treatments and to issue denials.

By making it clear that state Medicaid programs could not refuse to pay for a health care service simply because the beneficiary is transgender, and suggesting greater federal attention to the matter, the Section 1557 rule pushed states to be more upfront about coverage specifics. 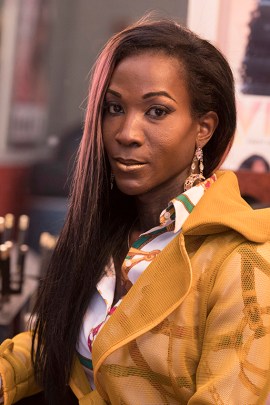 Singleton in her salon in west Philadelphia. (Eileen Blass for KHN)

That regulation is back in play as the Department of Health and Human Services appears to be walking back from its directive and coverage protections.

In a Texas case in which faith-affiliated health care providers argued Section 1557 required they act against their religious beliefs — which “will not allow them to perform medical transition procedures that can be deeply harmful to their patients” — a federal judge issued an injunction at the end of 2016 to block the transgender protections. HHS responded by asking the court to remand the case and stay further proceedings while it rewrites the rule. Earlier this week, the judge obliged. In the meantime, that portion of Section 1557 will not be enforced.

The rewrite is part of the administration’s overarching executive effort. HHS Secretary Tom Price and President Donald Trump have vowed to use administrative power to mitigate the health law’s policy changes, specifically those that created “regulatory or economic burdens” or that don’t match up with the current White House agenda.

“Anytime the federal government says ‘we’re not going to take civil rights seriously’ — this is a huge concern,” said Sara Rosenbaum, a professor of health law and policy at George Washington University in Washington, D.C.

An HHS spokeswoman declined to answer what impact rewriting the rule could have or how likely it is the department would scale back transgender protections, citing laws that limit disclosing “non-public information regarding rule-making.”

The consequences can be serious. Singleton said she has known many people who want hormone therapy but have long felt uncomfortable seeking it at health clinics, because of poor experiences with insurance coverage. Their alternative: buying the drugs through illicit channels, where it’s hard to know if they’re of good quality, or even safe to use.

“If they’re trying to get themselves comfortable with their look, they’ll go to any extreme measures,” she said.

Coverage changes that, she added. “It will definitely improve health situations.” 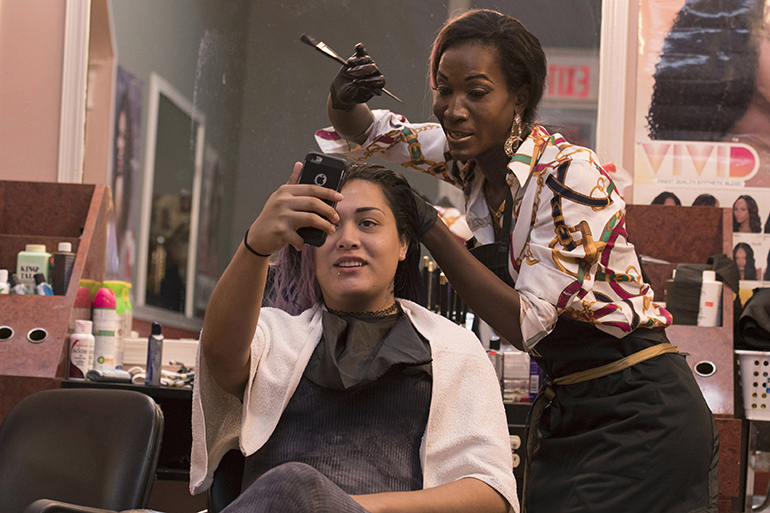 States that have already rewritten Medicaid policies are unlikely to rescind them, Keith said. But if HHS waters down federal protections, others may be reluctant to hop on. “It makes the state-level work much more important,” she said.

Already, lower courts are offering one path. In Minnesota, a 64-year-old resident sued the state when its Medicaid program wouldn’t cover a transition-related double mastectomy. A county judge held that denying coverage for this procedure violated the state constitution. Advocates have found similar success through legal action in Pennsylvania and New York.

A growing body of research suggests that paying for gender transition doesn’t cost state Medicaid programs much when compared with potential savings down the line that would result from preventing health issues such as long-term psychological distress. Private insurance has also moved in this direction. In 2014, Medicare — the federal program covering elderly people — lifted some restrictions on covering gender transition.

Another complicating factor: the ongoing Obamacare repeal efforts on Capitol Hill. Current GOP health plans don’t address these anti-discrimination regulations because they can include only provisions that qualify for fast-track consideration. Republicans tend to support stepping back from the law’s expansion of Medicaid, which made millions of Americans newly eligible for the program. “It’s great to have 1557 [protections], but if no one can get a health insurance plan, or get Medicaid, it doesn’t matter much,” Keith said.

Plus, those lawmakers want to restructure Medicaid, giving states more control but also limiting its funding. Experts say the change could create cost pressures that would drive states to restrict who is eligible for the program, stop covering particular services or both.

“Transgender people could be vulnerable,” suggested Harper Jean Tobin, policy director at the National Center for Transgender Equality, an advocacy group. “That is more likely if the administration is sending the message to states … that it’s OK to discriminate against transgender people.”

For patients like the ones Nelson sees at Whitman-Walker, the impact would be grim. Some, she recalled, have waited as long as 40 years to get treatment that, without Medicaid benefits, was simply unaffordable.

“They’ve been suffering silently,” she said. “Folks are thrilled to have access. But to offer it and then pull it back would be devastating.”