Consumers getting government subsidies for health insurance who are later found ineligible for those payments will owe the government, but not necessarily the full amount, according to the Treasury Department. 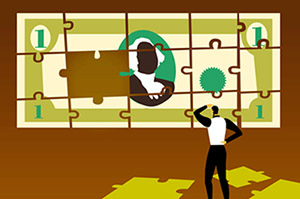 The clarified rule could affect some of the 300,000 people facing a Sept. 5 deadline to submit additional documents to confirm their citizenship or immigration status, and also apply broadly to anyone ultimately deemed ineligible for subsidies.

First reported by the newsletter Inside Health Policy on Thursday, the clarification worries immigration advocates, who say many residents are facing website difficulties and other barriers to meeting the deadline to submit additional details. Those who don’t know about the deadline, or can’t meet it because of glitches, could be deemed ineligible for subsidies and lose their coverage.

“We’re very concerned about the implications of this on hundreds of thousands of low-income individuals who are likely eligible, but have encountered significant difficulties with the website, uploading or sending documents,” said Mara Youdelman, managing attorney at the National Health Law Program.

If found ineligible, residents could owe thousands of dollars.

Under the health law, people who earn between 100 percent and 400 percent of the federal poverty level, about $11,670 to $46,680 for an individual this year, are eligible for premium subsidies to help them purchase coverage if they buy through the new state and federal marketplaces, such as healthcare.gov.

Some exceptions apply. For example, undocumented immigrants cannot enroll in coverage through the new marketplaces. And people with job-based insurance that meets the law’s requirements are generally not allowed to get a subsidy, unless the cost of that coverage is more than 9.5 percent of their household income.

A Treasury official said an enrollee who gets such an advance tax credit, but is later found ineligible to have received it, would have to pay those amounts back, generally through a tax refund reduction.

Such a rule would not just affect the 300,000 immigrants who have received notices requesting additional information. It could also apply to someone who had job-based insurance, for example, but was approved incorrectly for a subsidy through the new marketplaces. If later found ineligible because of that job-based coverage, that person would also owe the government what was paid to insurers on his behalf.

What’s less clear is how much an ineligible person would have to pay.

The health law caps repayments for subsidy-eligible lower income residents to between $300 and $2,500, depending on family size and income, according to the Internal Revenue Service.  But people who earn more than four times the federal poverty rate must pay any subsidies received back in full, with no cap. Whether those caps apply to people who received subsidies but were later deemed ineligible is not clear.