Policymakers took heart from another year of relatively slow health-spending growth in 2011, documented by government statisticians and disclosed in a report Monday. But one aspect of moderating health expenditures — and the only category showing outright decline — could cost more than it saves. Hit by recession and tight budgets, spending on public health by federal, state and local governments fell in 2011 for the first time since analysts started tracking the numbers in 1960. 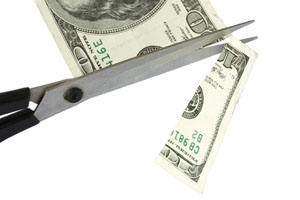 “Public health is adaptable, but the resource reductions now have been so substantial that it truly does put the public’s health at risk,” said Dr. Georges C. Benjamin, executive director of the American Public Health Association, an organization of public health pros. “I’m usually a little reluctant to say that, but we’re at that point.”

“We’ve got strong evidence there is a connection between resources invested in public health and health outcomes,” said Glen P. Mays, a professor at the University of Kentucky whose 2011 Health Affairs article associated a 10 percent increase in local public health spending over more than a decade with reductions in death rates of between 1 percent and 7 percent. “That suggests that cutbacks in funding, certainly over time, could have some adverse health consequences.”

One factor depressing public-health outlays in 2011 was the expiration of a program to fight the H1N1 flu virus, which caused a 2009 pandemic, said Micah Hartman, an HHS statistician. But public health spending has slowed in other areas, a trend advocates say hurts efforts to fight disease, prepare for emergencies and ensure safe food and water supplies.

Anemic public health budgets jeopardize emergency preparedness progress made after Hurricane Katrina and the Sept. 11, 2001, terrorist attacks, according to a December report from the Trust for America’s Health and the Robert Wood Johnson Foundation. Twenty-nine states cut public health funding last fiscal year; for 14 of them it was the third consecutive year of tightening, the report said.

Benjamin pointed to the current whooping cough outbreak, described as the worst since the 1950s, as a threat that needs to be faced with more firepower. “A shortage of funding didn’t cause the outbreak,” he said. “But the public health professionals that are dealing with the outbreak will tell you that their response has not been adequate because of the resource problems.”