As speculation over the fate of the health care law heightens in anticipation of the Supreme Court ruling, at least three major insurers Monday promised to continue following some of the rules in the federal health law that are already in effect. 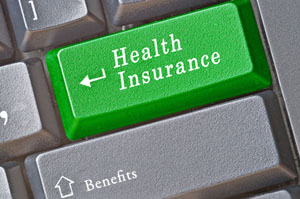 UnitedHealthcare, which covers about 26 million people in plans that could be affected by the regulations, was the first to make the move. The company said it would allow young adult children to stay on their parents’ policies up to age 26, would not reinstate lifetime limits on coverage and would continue to offer cancer screenings and other preventive services without a copayment. It would maintain a third-party appeals process for treatment denials and would not cancel policies retroactively.

Later Monday, Humana said it would continue those same provisions. Aetna, too, said it would retain the young adult provision, the preventive care benefits and a third-party appeals program. The  Aetna announcement did not include a reference to lifetime limits on coverage.

These consumer provisions score high on public opinion polls, even among people who say they don’t like the overall law. None of the insurers made any comment about other significant provisions in the law, such as the requirement that in 2014 they stop rejecting applicants with pre-existing medical conditions.

The announcements were widely seen by policy experts as good public relations moves by the insurers, which are likely hearing from consumers worried that a court decision could mean their adult children would not remain on their policies or they might lose access to preventive services.

“They’re trying to hedge against the possibility that some or all of the law will be overturned and they want to be viewed as doing the right thing,” said Chas Roades, chief research officer at the Advisory Board Company, a research firm in Washington.

And they may have been influenced by comments from some congressional Republicans who want to keep some of those rules, even if the law itself is rejected, says Robert Laszewski of Health Policy and Strategy Associates, a consulting firm in Alexandria, Va.

“If the Republicans are going to make you do it, why not do it yourself and take credit for it? It’s smart politics and policy,” says Laszewski, a former industry executive.

Still, some insurers said they did not want to make any promises before the decision.

“We are hoping the Affordable Care Act will be upheld,” said Stephen Shivinsky of Blue Shield of California. “We don’t want to say anything before the decision that would make it easier for the court to rule against the law.”

The Supreme Court justices are expected to issue their decision on whether the health law is constitutional sometime this month and could uphold the law, remove parts of it or reject the entire legislation.   The outcome feared most by insurers is if the court strips the law of its requirement that nearly all Americans buy coverage, but leave in place other rules governing the industry, including that insurers take all applicants starting in 2014, even those with pre-existing medical conditions.

That could drive up costs if too few healthy people enroll in coverage, experts say, likely leading insurers to ask Congress or regulators for help.  Insurers could seek additional incentives to get people to enroll in coverage. They might include a penalty aimed at consumers who delay, such as a premium surcharge or rejection for coverage for pre-existing illnesses, at least for some period of time. But it is uncertain if Congress would act on any such requests from the industry.

Already, the law requires insurers to accept all children up to age 19, even those who are ill.

In its statement, United stopped short of saying it would continue to follow that provision for kids who are ill. While it “recognizes the value of coverage for children,” United said, “one company acting alone cannot take that step,” adding that it is “committed to working with all other participants in the health care system to sustain that coverage.”

No mention was made of other rules in the health law that some insurers find onerous, including a requirement that they issue rebates to customers if they fail to spend at least 80 percent of premiums on medical care.

What happens if all or part of the law is rejected is the subject of near-constant speculation in Washington and beyond. Many experts believe that some practices may not change immediately. For young adults on their parents’ policies, for example, insurers would likely need to continue coverage until the policy’s contract term expired.

The insurers did not disclose what retaining the provisions would cost.

“These provisions make sense for the people we serve and it is important to ensure they know these provisions will continue,” Stephen J. Hemsley, president and CEO of UnitedHealth Group, said in a statement. “These provisions are compatible with our mission and continue our operating practices.”

Timothy Jost, a consumer advocate and a law professor at Washington and Lee University, said he hoped other insurers follow suit. One thing the United statement demonstrates, he said, is that “the provisions are not bankrupting the industry.”

But, while the rules United and the other insurers mentioned tend to be popular in opinion polls, Jost said, other provisions in the law will do more to cover the uninsured. Those include accepting people with pre-existing medical conditions and the government tax credits aimed at helping low and moderate income Americans purchase coverage, both of which begin in 2014.

“I’m glad to hear United is doing this and I hope other insurers follow suit,” said Jost. “But that doesn’t solve the problem of the uninsured, which is why we need the rest of the health bill.”