Victims of “Dr. Death” had until this week to submit receipts for unnecessary chemotherapy, medical bills for liver damage and funeral expenses for their loved ones. By an initial count on Tuesday, 517 former patients and their families had filed claims against Farid Fata, the Detroit-area cancer doctor convicted of raking in over $17 million by poisoning patients with chemotherapy and other drugs they did not need.

Fata was branded by prosecutors as “the most egregious fraudster” in U.S. history for scamming Medicare and private insurers by giving at least 553 patients, some of whom did not have cancer, thousands of doses of unnecessary and expensive drugs. Now he insists he did nothing wrong. Breaking his silence in a jailhouse interview, Fata said victims claiming he killed loved ones or ruined their lives are misguided and that those who died were “going to die anyhow because of the nature of the diseases.”

Fata, nicknamed “Dr. Death” by his victims, is serving a 45-year sentence in a federal prison in South Carolina after pleading guilty to 13 counts of health care fraud, one count of conspiracy to pay or receive kickbacks and two counts of money laundering. He ran one of Michigan’s largest private cancer practices, with a network of clinics outside of Detroit, from 2005 to 2013.

The 51-year-old prisoner told Kaiser Health News he plans to speak in court at a Jan. 17 restitution hearing and declare his innocence. Fata said his guilty plea in 2014 came under duress, and he is preparing to seek freedom through a habeas corpus petition, by which a judge would determine if his detention is lawful. 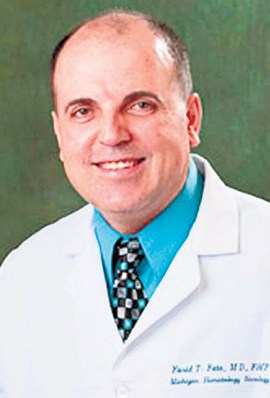 Farid Fata, nicknamed “Dr. Death” by his victims, is serving a 45-year sentence in a federal prison in South Carolina. (Zuma Press)

“I am now fighting for my innocence,” he said.

Meanwhile, an electronic records company hired by the Department of Justice is sorting through former patients’ claims for a share of a $11.9 million fund created from assets seized from Fata’s bank accounts, his home and medical practice. The process marks the final chapter in a gut-wrenching federal prosecution that brought scores of victims to tell harrowing tales on the stand, in written testimony and on national TV. The federal charges, prompted by a whistleblower, not only ended his career but also made him a global poster child for medical horrors.

To be eligible for restitution, patients treated by Fata from 2005 through 2013 had to submit claims postmarked by Tuesday. The number may grow as more stream in by mail, said Gina Balaya, spokeswoman for the Eastern Michigan U.S. attorney’s office. The restitution fund won’t pay for victims’ pain and emotional trauma, but it covers out-of-pocket medical costs, including treatment repairing damage Fata inflicted, as well as funeral expenses for patients who died. The U.S. attorney’s office has no firm count of how many patients died from Fata’s mistreatment; court documents allege only that he put patients at risk of death, not that he killed anyone.

Among those seeking repayment is Teddy Howard, 56, a former financial analyst who said Fata destroyed his life. Fata diagnosed him with a rare blood disorder and gave him 44 chemotherapy treatments. After Fata’s arrest in 2013, Howard was appalled to learn that he never had cancer in the first place. 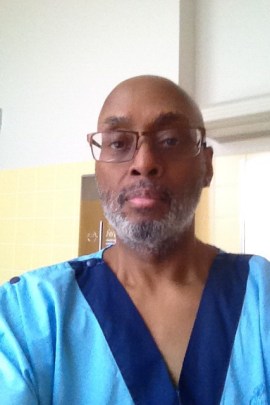 Teddy Howard, 56, is seeking repayment for a liver transplant he blames on side effects of receiving unnecessary chemotherapy from Farid Fata. (Courtesy of Teddy Howard)

The arrest came too late, Howard said: 18 months of chemotherapy had already wrecked his liver and teeth. Howard had a liver transplant and plans to undergo surgery to replace all of this teeth. He said he filed a restitution claim for about $100,000 in medical bills.

Howard said that sum doesn’t come close to repairing Fata’s damages. After Howard began chemotherapy, he lost his job and his house outside Detroit. Now unemployed, he lives on disability income and takes daily medication so that his body doesn’t reject his new liver.

“I went from being healthy and put on chemo to the condition I’m in now — post-liver transplant and fighting for my life,” Howard said.

Other claims came from grieving family members such as Sydney Zaremba, whose 87-year-old mother Helene died under Fata’s care in 2011. Zaremba said her mother had non-Hodgkin lymphoma and declined swiftly under Fata’s treatments; prosecutors concluded Fata overtreated her at the end of her life.

“He killed my mom,” Zaremba said. “She had a very treatable disease. By the time he got done with her, she was taking 16 meds.”

Zaremba is seeking reimbursement for a portion of $15,000 in funeral expenses, but “there’s no amount of money that can replace what we lost.” 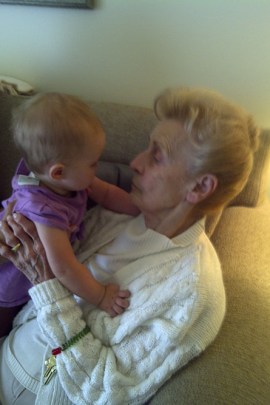 Ellen Piligian is seeking restitution on behalf of her father, John, who had stage 4 cancer and died in 2012. She said Fata acted as a fearmonger, insisting her father continue to take powerful and toxic chemotherapy drugs.

“My dad could have had much better life quality those last couple of years,” she said.

Piligian said she has been through “voicemail hell” trying to track down proof of payment from health insurers — a factor that has made it difficult for other victims to file claims. She filed a claim for $6,000 for medications and funeral expenses.

Another 43 victims have had success filing civil suits against Fata and are sharing an $8 million settlement. But they are fighting off liens from insurance companies seeking repayment for treatments the patients didn’t need.

Patty Hester, a former Fata patient, said the liens may prevent her from seeing a penny of her settlement payment, which is less than $100,000.

Hester, 62, said she suffers from rotting teeth, high blood pressure and organ damage. She said Fata diagnosed her with myelodysplastic syndrome, also known as preleukemia, and told her she was dying. She endured two and a half years of iron and intravenous immunoglobulin treatments, and gave away her possessions — even her wedding ring. Then she got a letter from federal prosecutors saying her treatments had been unnecessary.

Hester has requested repayment for over $800 in dental bills, but she said the restitution isn’t enough. The government is paying for remedial treatment only until Sept. 6, 2016, but her medical problems continue.

Fata, meanwhile, said these patients’ medical problems are not his fault. He said he treated his patients appropriately, but when the federal government alleged he was mistreating them, it “created doubts in their mind.”

Fata, who earned a medical degree in his native Lebanon, believes federal prosecutors targeted him for political reasons. He said he pleaded guilty to protect his family, and he couldn’t afford to mount a robust defense because the government had seized his assets.

Fata, the son of Christian missionaries, said he is working with a group of born-again Christians who plan to publish a book entitled, “Convicted out of thin air: The true story of Dr. Farid Fata.”

Geraldine Smith Parkin, whose husband Tim was one of Fata’s patients, said she is shocked by Fata’s innocence claim.

“Just to hear that he still will not say, ‘I’m guilty’” extends the suffering for everyone involved, she said. “It seems like we’re being victimized over and over and over.”

Former patients like Howard, meanwhile, said Fata has destroyed their faith in the medical system.

“I will never trust another doctor again as long as I live,” Howard said. “I trusted this doctor with my life and he failed me.”