SACRAMENTO, Calif. — Demographers, gerontologists and government officials are counting down to 2030.

The country already is feeling the effects of an aging population, but its most populous state is bracing for a hard hit as retirement collides with increasing poverty and the high cost of living. By 2030, an estimated 1 in 5 Californians will be 65 or older, representing a segment of the population growing faster than working-age Californians, according to the Public Policy Institute of California.

“As we grow in the number of older Californians, we actually shrink in the number of younger Californians” who will make up the workforce, Dr. Mark Ghaly, secretary of California’s Health and Human Services agency, said Monday at a forum hosted by The SCAN Foundation, which advocates for the welfare of older adults. (Kaiser Health News, which publishes California Healthline, receives support for its coverage of aging and long-term care issues from The SCAN Foundation.)

“We can’t just wait to watch it happen, but we have to plan ahead.”

The forum revolved around the creation of a statewide Master Plan for Aging, due in October 2020, that is intended to address how California must adapt to the needs of its aging residents. California Gov. Gavin Newsom issued an executive order in June calling for the plan, which would coordinate and improve the confusing web of existing programs — and create more, if necessary.

The committee that will formulate the master plan was set to meet for the first time Tuesday in Sacramento. The meeting is open to the public.

Newsom’s call for a master plan follows the lead of four other states — Colorado, Connecticut, Minnesota and Washington — which have published similar plans, according to The SCAN Foundation. All document the changes needed in every aspect of daily life, from finances to transportation, to help aging people remain as active, mobile and independent as possible. 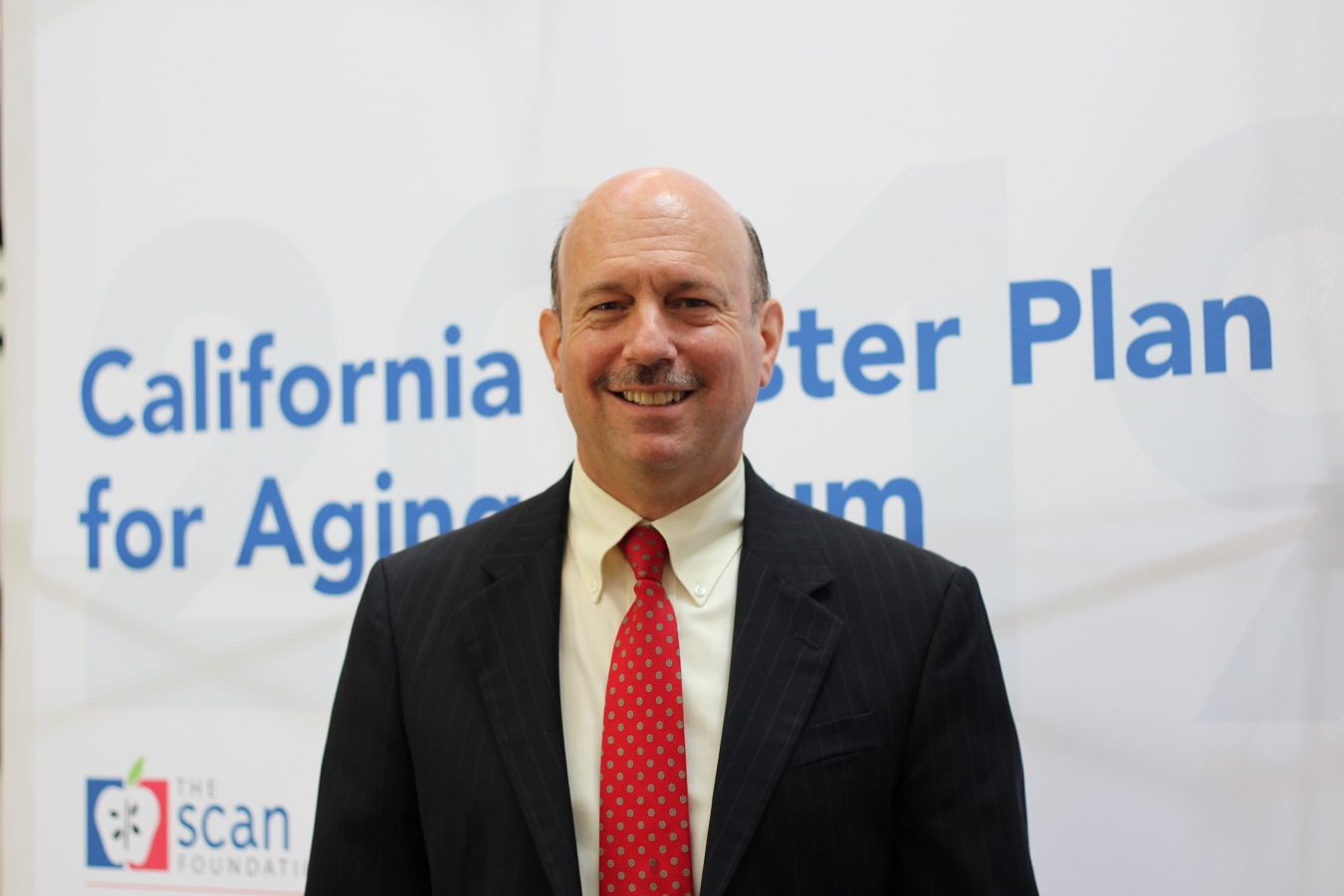 “The states that have something that looks like a master plan, or strategic plan around aging, perform better” on measures of long-term care services, said Dr. Bruce Chernof, president and CEO of the foundation.

This may be because states with master plans tend to measure how their programs are improving the lives of older adults and their families, which means local and state governments are more accountable when they invest public money, Chernof said.

California Healthline interviewed state and local officials, researchers, advocates and older adults who attended Monday’s forum to ask what they’d like to see in the master plan. 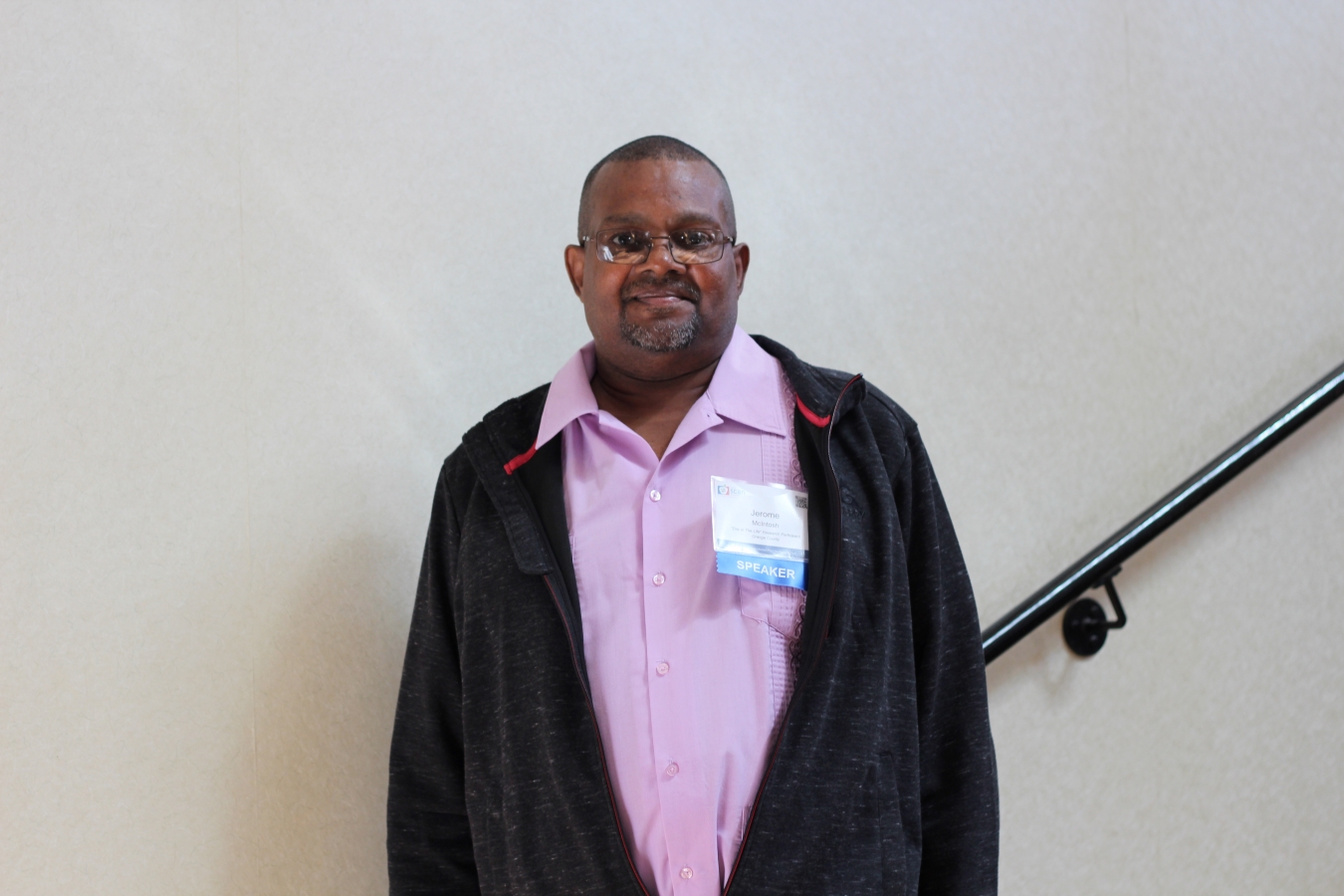 Oakland resident Jerome McIntosh, 62, went on disability three years ago after suffering a massive heart attack. He survives on $1,070 a month, and lives with eight other people in a transitional home for seniors operated by St. Mary’s Center in Oakland. McIntosh is looking for an affordable place of his own that costs about one-third of his income. But in the past year, he has received only one callback on an apartment application. The monthly rent was $1,065.

“Housing is about the hardest thing,” McIntosh said. “Right now I’m in a transitional house, but I’m still homeless.”

Janny Castillo is an organizer and program coordinator at St. Mary’s Center, which serves about 1,000 low-income seniors in Oakland, including some who are homeless. Many of them, like McIntosh, get by on about $1,000 a month, which makes it almost impossible to afford housing in the Bay Area, Castillo said. She believes rent subsidies could help solve the problem. 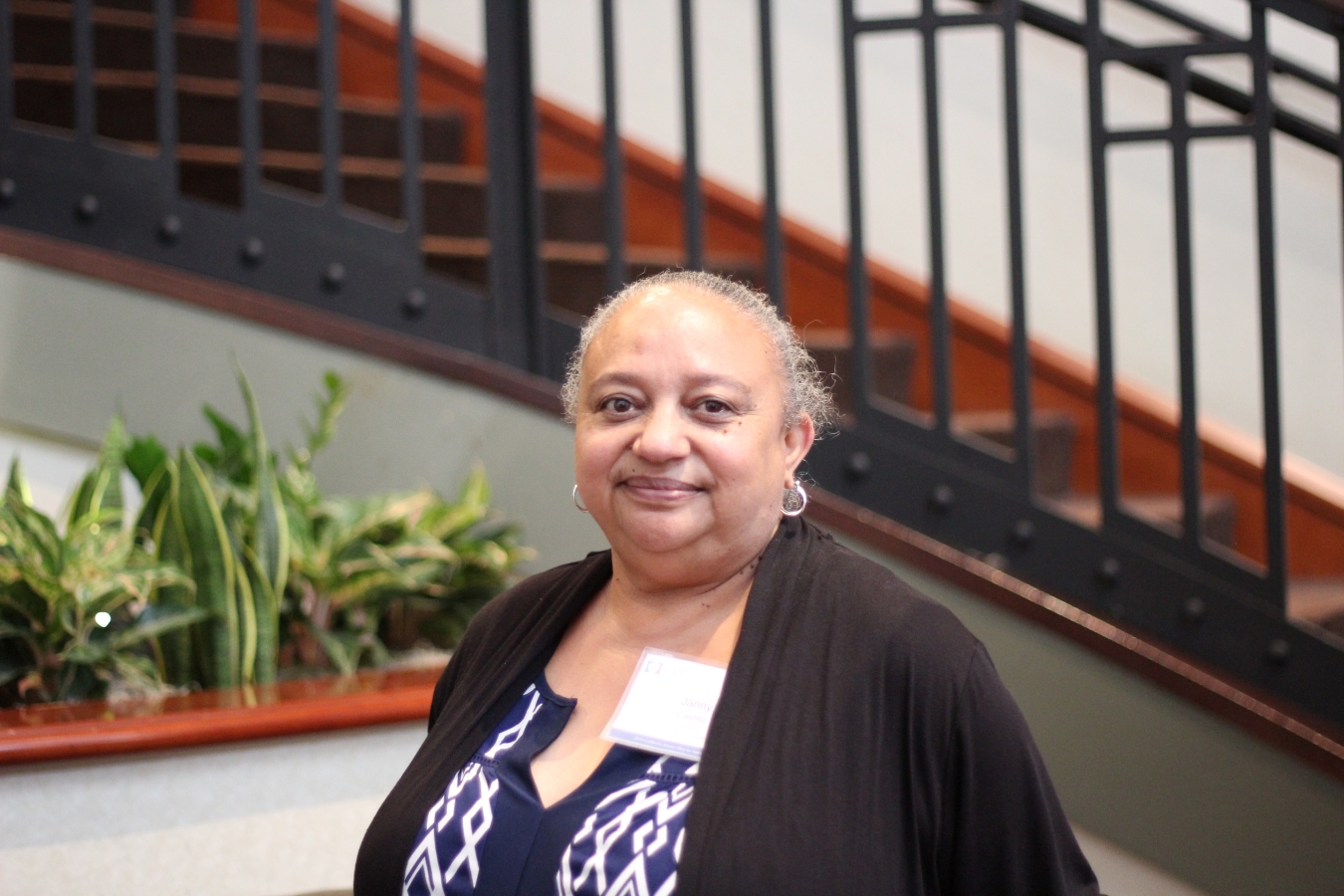 “One of the things that is really critical right now is to address the seniors that are living outside,” Castillo said. “We’re losing them earlier than we need to, because of how hard it is to live outside.”

Even Californians who aren’t at risk of homelessness may not be able to remain in their homes if they get sick.

Almost one-third of seniors in the U.S. have nothing saved for retirement, while two-thirds of baby boomers are carrying an average of about $110,000 in credit card, student loan or mortgage debt, according to the Stanford Center on Longevity.

If Californians don’t qualify for Medi-Cal, the state’s Medicaid program for low-income people, which funds some in-home care for eligible people, the high cost of in-home care falls on individuals and their families, said Lorna Van Ackeren, a marketing and community liaison at Hillendale Home Care, which hires out state licensed caregivers.

The business pays caregivers $15.50 to $19 per hour, based on experience, Van Ackeren said. 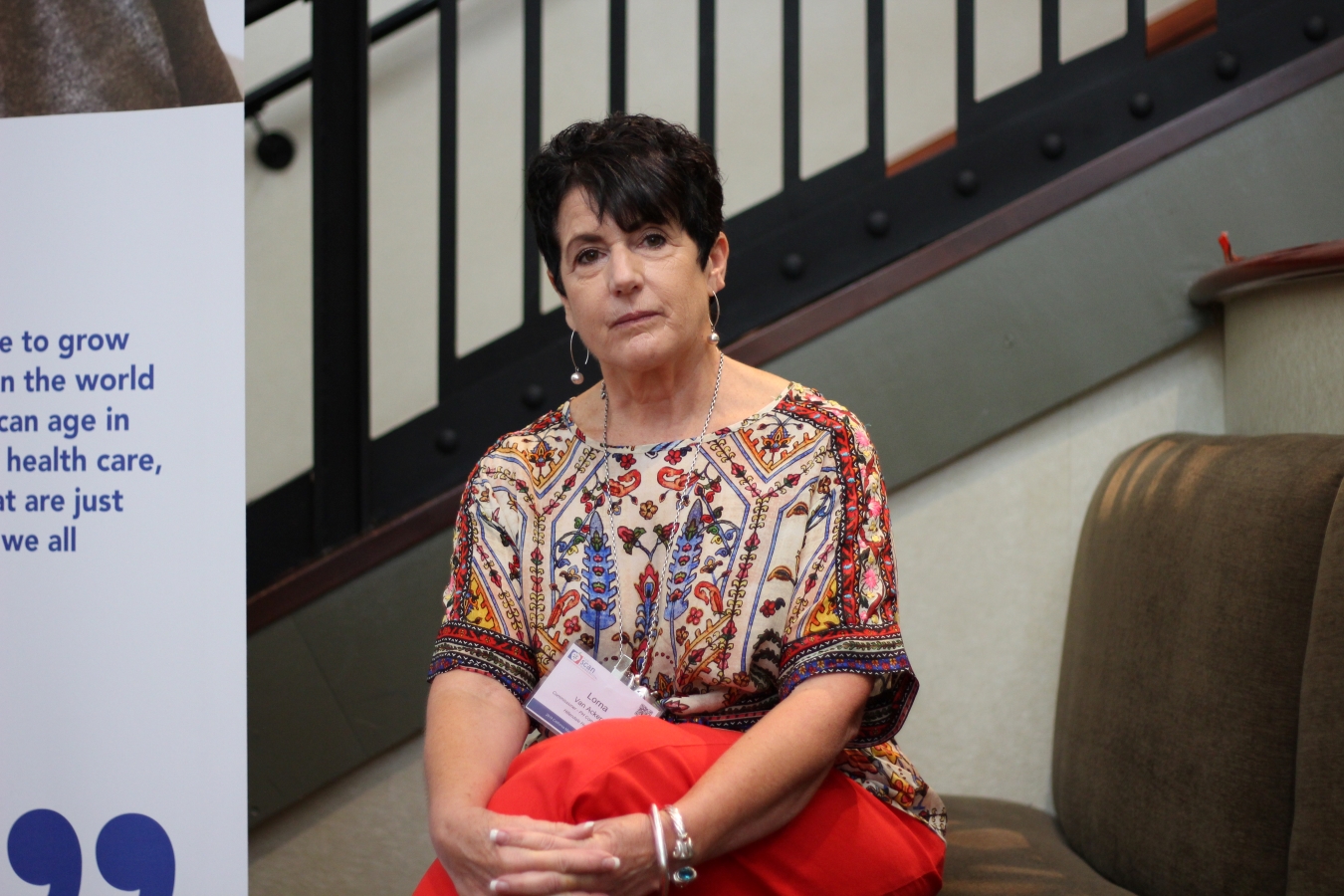 “But we charge the families $31 an hour, so it’s a real problem,” she said. The difference covers the agency’s legal obligations, such as maintaining their state licenses and insurance.

“It would be nice to have some kind of assistance for the middle class,” she said.

By 2030, more than 1 million seniors in California will require some in-home help, and more than 100,000 will need to live in a nursing home, according to the Public Policy Institute of California.

A severe labor shortage for caregivers also looms. By 2030, California will need as many as 3.2 million additional workers to care for seniors at home. 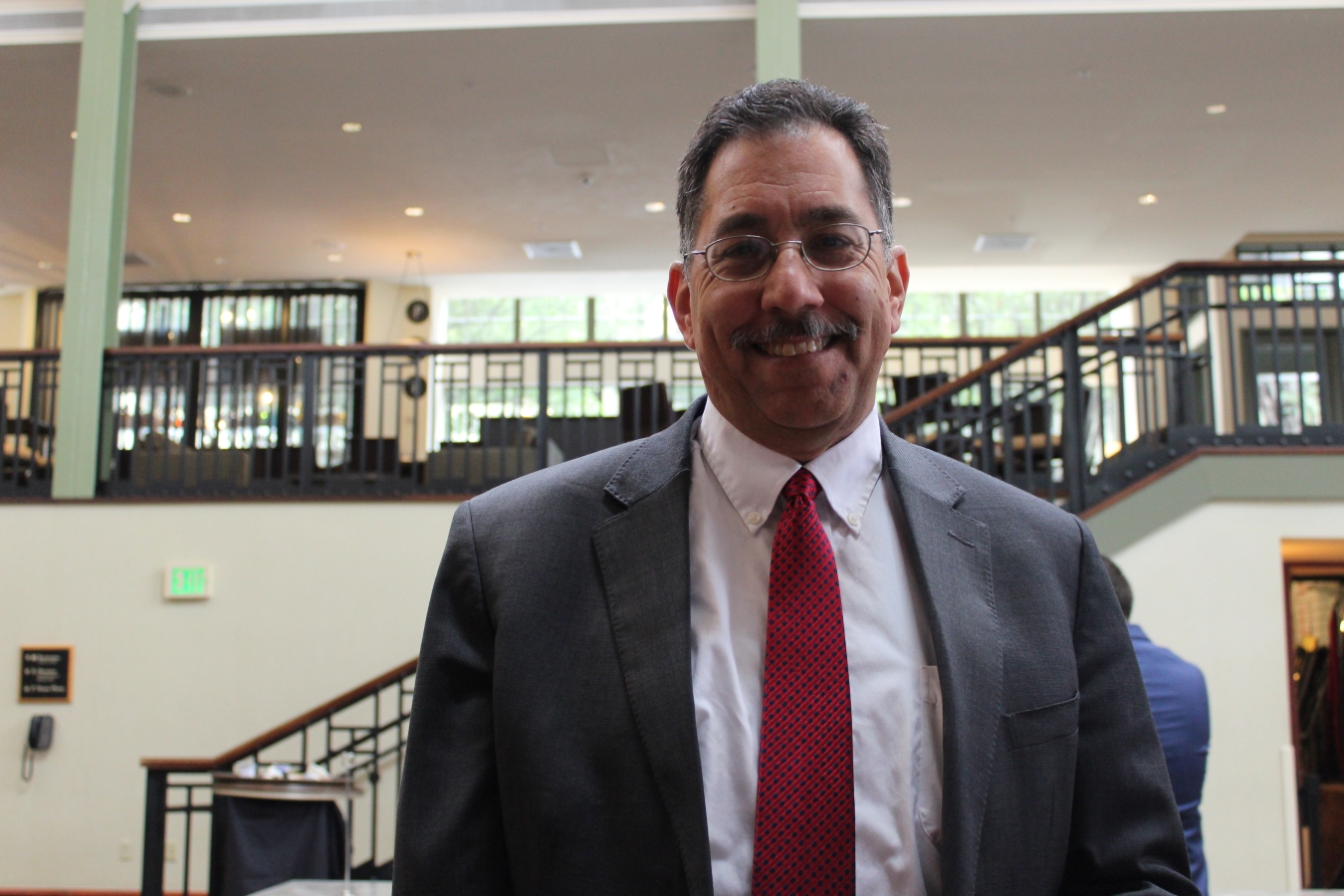 Richard Figueroa, a deputy Cabinet secretary in Newsom’s administration, said the governor wants the plan to include recommendations on how to help people age at home. “What can we do to help people stay in their homes as long as they can? Because there will be more and more folks in that situation, and our services and programs and opportunities are going to have to adapt to that,” he said.

California already has services for its aging population, but “people need to be able to navigate the system more easily without jumping through hoops,” said Christina Mills, executive director of the California Foundation for Independent Living Centers. 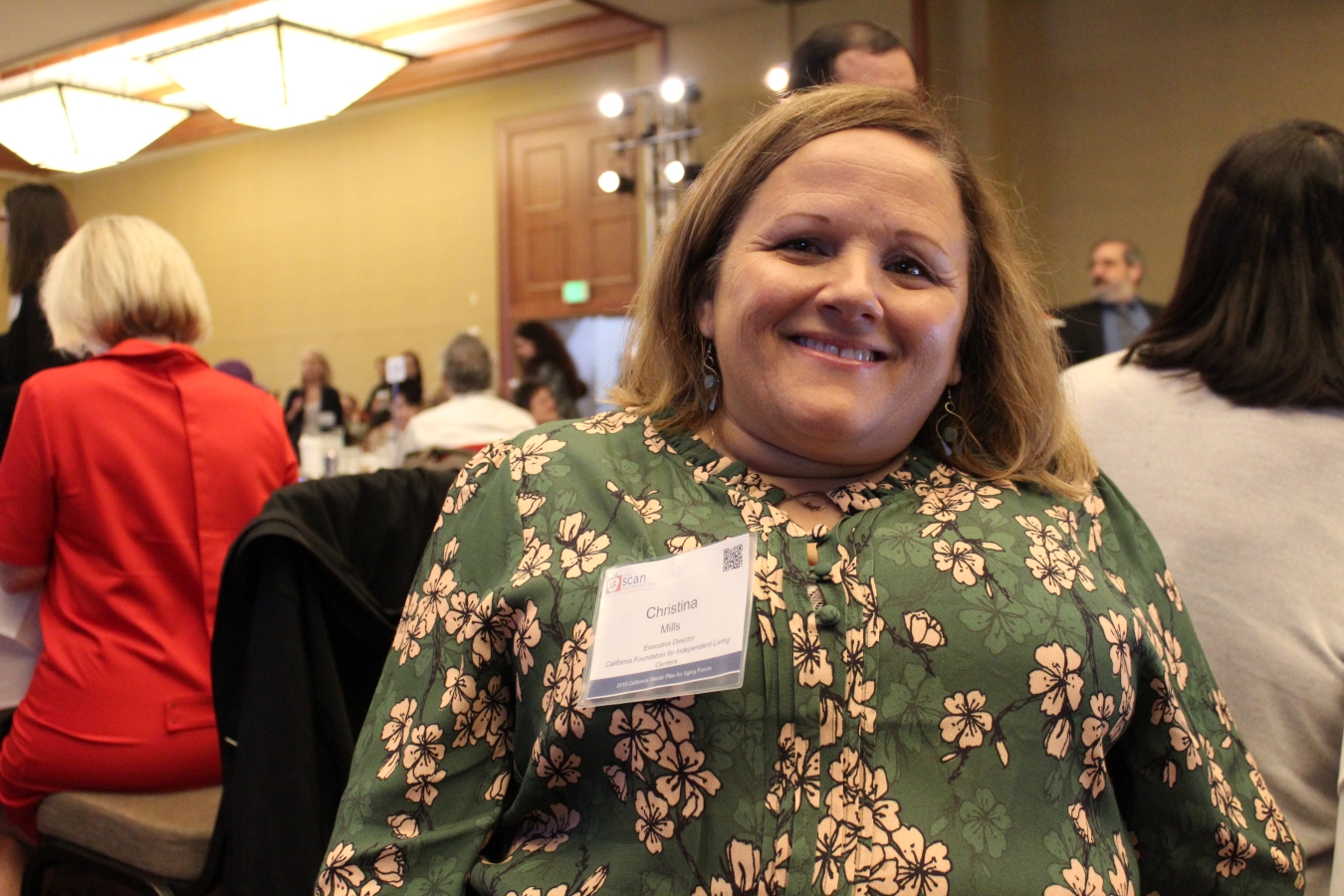 “Increasing the number of aging and disability resource centers across the state of California” could help, she said. “There are currently about eight, but there’s potential to be about 30,” she said.

State Assemblyman Joaquin Arambula (D-Fresno) said the needs of older Californians differ by region and cultural background. “I’d like to make sure that the needs and wishes of our immigrant and rural communities are taken care of,” he said. “We need to be both culturally and linguistically sensitive to the needs of various communities. We should make sure the surveys we are doing are reaching all communities and in languages they can understand.” 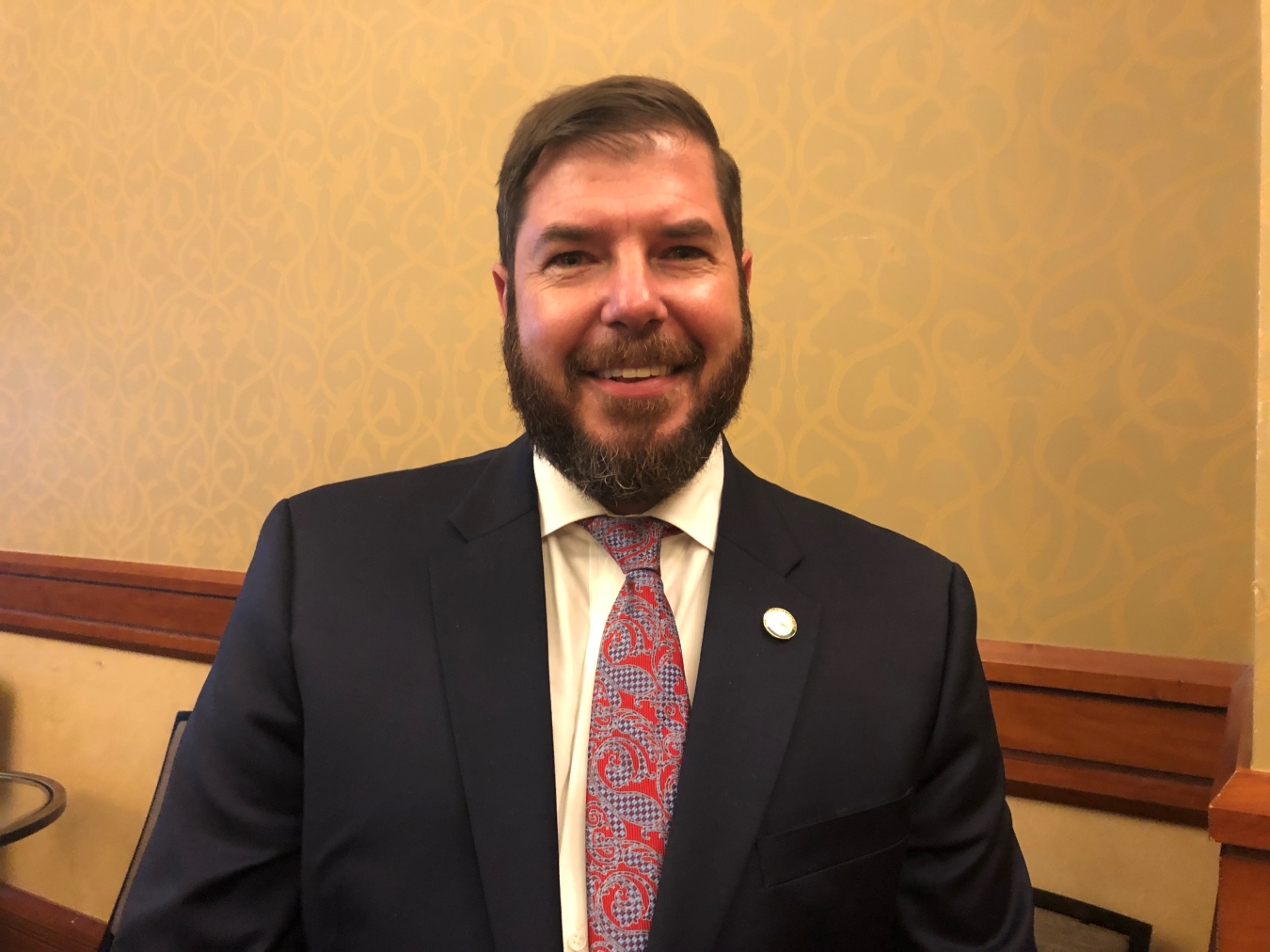 Voices: How Should California Address The Needs Of Its Aging Population?

Lessons From California Prison Where Covid ‘Spread Like Wildfire’