A group of Wall Street analysts predicted Friday that enrollment in health law insurance plans will be higher than the 9 million projected by the Obama administration because insurers are aggressively courting new customers and more small businesses are likely to send workers to the online exchanges in 2015.

Health sector analyst Carl McDonald of Citi Investment Research said he expects about 11 million people to enroll in individual health plans, based on his firm’s survey of clients in October. 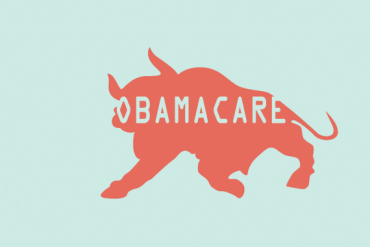 More aggressive outreach by insurers and fewer glitches with the online marketplaces will create a “robust 2015,” agreed Ralph Giacobbe, an analyst at Credit Suisse.

But the analysts noted continuing challenges for insurers, from improving what McDonald called a “pretty poor” first-year effort to inform consumers about which doctors and hospitals are in their networks, to controlling spending as high-priced drugs hit the market.

Insurers are also projecting that this year’s enrollees will be younger and healthier than those who signed on in 2014, when the average age was 41, McDonald said.  That was a problem for insurers who based this year’s premium rates on the expectation they would see younger customers, he said.

The analysts agreed that enrollment would be unaffected by the Supreme Court’s decision to hear a lawsuit challenging the provision of subsidies to residents of states that are relying on the federal exchange. Only 14 states ran their own marketplaces this year.

Nick Leventis, an independent health care sector analyst, said concerns about the case are overblown because the government “could easily give some type of waiver to the states to shift from the federal to the state exchange.”

But McDonald was less sanguine, although he said insurers are already discussing workaround ideas with state insurance officials.  Still, he said that not all of the states would act if the court invalidated the subsidies.  Some governors and state legislators would be unlikely “to do anything to help reform,” he said.

Giacobbe predicted that governors and lawmakers in such states would be under great pressure, not only from the hospital and insurance industries, but also from consumers, to find ways to keep the subsidies flowing.

It’s hard to take away a program once people are using it, he said, predicting, “This is not going to derail the ACA.”

Should subsidies be cut off by a ruling from the Supreme Court, the marketplaces where the subsidies were no longer available would essentially cease to function since all but the sickest customers would likely drop coverage, the analysts said.