Perhaps nothing triggers frustration and hope in patients like prescription drugs.

Consider the hepatitis C drug Sovaldi, infamous for its $84,000 retail price tag for a 12-week course.

Despite the price, the drug embodies significant hope. It, and other recently approved hepatitis C medications, have vastly improved treatment of the disease.

Sovaldi’s potential was confirmed during clinical trials when it was tested on humans as part of the drug approval process. Many hepatitis B patients probably wish they could have participated.

Today, I’ll explain how you can find clinical trials of drugs that could treat your condition – but access isn’t a sure thing. The trial could take a year or more of your time. And more often than not, the experimental drug doesn’t work.

Less than 12 percent of the medicines that enter clinical trials are approved by the U.S. Food and Drug Administration, according to the Pharmaceutical Research and Manufacturers of America, known as PhRMA.

“There is hope,” says Sachin Shah, a pharmacy professor at University of the Pacific who conducts clinical trials himself. “But there is no guarantee.”

Q: I have a rare muscle disorder and have been looking for clinical trials for five years, but most of the stuff I find is in St. Louis or Atlanta or elsewhere. Do you have any tips on finding one I can participate in?

A: This question comes from Michael Urbach, 59, who has inclusion body myositis, which has progressively weakened muscles in his arms, legs and throat. There is neither a cure nor a standard treatment for the disease.

Urbach, a resident of Oakley in Contra Costa County, tries to remain positive, but is “anxious to try something,” he says.

So he did what experts suggest you do first: He asked his doctor about clinical trials.

“He told me, ‘You have to go online and find something’,” Urbach says.

Like Urbach, you’ll probably end up doing a lot of your own research to find a clinical trial if your doctor can’t help. But beware — the volume of information available online can be daunting, and the quality questionable.

So rely primarily on sites that end in .org, .edu and .gov, says Danielle Lavieri, a spokeswoman for the Center for Information and Study on Clinical Research Participation (CISCRP). Those domains tend to be less commercial.

The most comprehensive online compilation of clinical trials is at ClinicalTrials.gov, a government-run website that allows you to search by disease and location.

But the language on the site can be technical and the site difficult to navigate.

“You’re asking people to search a non-user-friendly site and then to understand what they’re reading,” says Danielle Hicks of the Bonnie J. Addario Lung Cancer Foundation, based in California.

Hicks suggests contacting a patient advocacy group specific to your disease. Many offer personalized searches for clinical trials, usually for free, she says.

ResearchMatch.org allows researchers to contact you directly after you’ve registered if they think you’re a good match for their study.

You can also get in touch with a drug company directly if you know it is developing a medication that may help your condition, Shah says.

And don’t discount your own network. Julie Soderlund, who was diagnosed with stage IV melanoma in August, found leads on a Facebook support group.

“I’ve learned a lot from that group of people,” says the 37-year-old Santa Cruz resident.

She participated in one clinical trial and is now searching for another.

If you’ve found a trial that you think is a good fit, reach out to the researchers. The CISCRP website (CISCRP.org) offers a list of important questions to ask in its online “Education Center.”

You can also find a “Participant Bill of Rights” there. Read it.

For instance, did you know that you can leave a trial before it’s over? Let’s say you’re having unpleasant side effects, Lavieri says. “A lot of people may think they’re stuck,” she says. “You have the right to drop out at any time.”

Even if you find a trial that may work for you, you still may face obstacles: 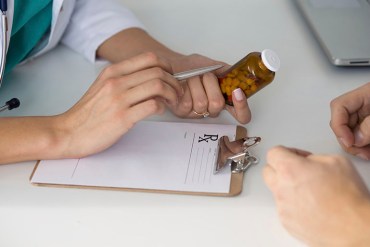 LOCATION: Finding a trial may be especially hard if you live in a rural area, have a rare condition, or both.

“Of all the clinical trials I have found, none of them are here,” Urbach says. “Everything is out of state or in a different country.”

If you find a trial that requires travel, ask if you will be reimbursed for travel costs, Lavieri suggests.

There are groups that help cover costs associated with clinical trials, such as Lazarex Cancer Foundation (lazarex.org).

Beyond travel costs, consider the support system of family and friends you’ll need nearby, Soderlund advises.

“You have to think about, ‘Who do I know in the city where I’m going to get treatment?’” she says. “What kind of support am I going to be able to get if I get sick after treatment?”

PLACEBO: In rare cases, all participants in a trial receive the experimental drug, says Jocelyn Ulrich of PhRMA.

More commonly, some participants receive the trial drug and others get a placebo – a substance or treatment that looks like the experimental treatment but has no therapeutic effect.

If a disease is life-threatening or dangerous, however, participants will never simply receive a placebo, Shah says. “You cannot not treat someone,” he says.

Instead, all participants will receive at least the “standard of care,” the best treatment for a specific condition that’s already approved and available, Ulrich says.

“You’re not guaranteed to be on the study drug,” Hicks says.

PREVIOUS TREATMENT: Your previous medical treatments, even routine chemotherapy, may disqualify you from participation.

“Most adults don’t look at clinical trials until they’re in desperate mode,” Hicks says. “By that time, they may have had treatment that will disqualify them.”

“It may work. It may not work,” Shah says, “but you have a chance you didn’t have before.”

Want Into A Clinical Trial? Read This First.