The Affordable Care Act was supposed to mend what President Barack Obama called a broken health care system, but its best-known programs — online insurance and expanded Medicaid for the poor — affect a relatively small portion of Americans. 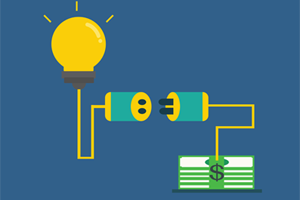 A federal office you’ve probably never heard of is supposed to fix health care for everybody else.

The law created the Center for Medicare and Medicaid Innovation to launch experiments in every state, changing the way doctors and hospitals are paid, building networks between caregivers and training them to intervene before chronic illness gets worse.

The center’s ten-year, $10 billion budget is the largest ever devoted to transforming care. In several states the office is working to overhaul medicine for nearly all residents — not just those with government Medicare and Medicaid coverage.

Every few months it awards test grants of $3 million or $10 million each — or sometimes tens of millions — to community groups, clinics, hospitals, insurance companies, nursing homes and states. Its programs touch millions of patients. Hundreds of organizations have gotten money. More than $2 billion has been doled out or committed since 2011.

One of the biggest experiments is the center itself. Skeptics, including Republicans but also those who support the health law, wonder if it’s up to the task.

“While I certainly appreciate innovation in the delivery of health care, the CMMI is just another big government bureaucracy created by Obamacare that costs billions and duplicates other efforts,” Utah Sen. Orrin Hatch, ranking Republican on the Senate Finance Committee, said through a spokesman. Hatch mused at a hearing last year whether the center’s hundreds of tests represent “barely controlled chaos.”

Even policy pros who hope the innovation lab succeeds wonder if its investment will pay off and complain that it is slow to disclose information on spending and results.

“This is absolutely necessary” to try to change how care is bought and delivered, says Christopher Koller, president of the Milbank Memorial Fund, a nonprofit that works to improve medical decision making. “Is this the right way to do it? A whole bunch of experiments? Is the innovation center adequately resourced in an administrative way to do this? The jury is still out on this.”

Dr. Patrick Conway, the top Department of Health and Human Services official who runs the center, calls it an underappreciated and “essential” part of the health law. “It’s incredibly critical,” he says.

The office’s goal is nothing less than health care’s three pots of gold over the rainbow: making medicine less of an ordeal, improving patients’ health and controlling the spiraling costs that burden taxpayers, employers and consumers.

Backers compare it to a venture-capital fund that can finance the next big idea or Lockheed Martin’s “skunk works” for developing advanced jets. Its programs go far beyond the “accountable care organizations” that are perhaps its best-known experiments.

With a staff of 265 and growing, CMMI must not only administer ACOs and other reimbursement tests that reward quality care at lower cost. It also manages hundreds of grants and dozens of contractors hired to monitor and evaluate the programs.

Projects tend to focus on people with expensive diseases such as cancer, diabetes, heart failure and schizophrenia. In one round of grants, awardees were urged to deploy projects “as rapidly as possible” and show results within six months.

The Johns Hopkins University got $19.9 million to improve care for East Baltimore’s chronically sick and mentally ill. An Asian-American community group got $2.7 million to help low-income Californians navigate the medical system. The University of Tennessee got $3 million to help ensure repeat hospital patients in Memphis stay on their medications after discharge. Intermountain Health Care got $9.7 million to test software that forecasts the best ways for caregivers to interact with patients.

Many efforts don’t just involve the elderly Medicare and poor Medicaid patients in HHS’ primary insurance programs. Six states including Maine, Arkansas and Oregon got up to $45 million each to involve commercial insurers and their members as well as government programs in trials to improve health and control costs.

Dozens of states are talking to CMMI about ways of improving care for their entire populations, Conway said.  More grants are on the way.

“There’s a lot going on there,” says Dr. Mark McClellan, who ran HHS Centers for Medicare & Medicaid Services (CMS) under President George W. Bush. “They have far more [innovation] money than Medicare and CMS have ever had before and a far-broader mandate to try out and expand models.”

Even so, devoting $1 billion per year over a decade to innovation is a tiny outlay for a system that spends $1 trillion every year on Medicare and Medicaid, says Conway. Supporters say CMMI promises to eventually save taxpayers far more than its $10 billion price tag.

“That’s like a drop in the bucket — a cynic would say a low level of investment,” said Dr. Ezekiel Emanuel, a former White House adviser who worked to include the innovation center in the health law.

In a health system costing nearly twice as much as those in other countries and where large portions of spending are estimated to be wasted or harmful, policy experts have long recommended such research. The idea is to learn whether investment in coordination of nurses, computers, new payment incentives, home caregivers and other changes saves more in unnecessary and overly expensive care than it costs.

Tests are supposed to take several years. Contractors paid by CMMI monitor the grant recipients and programs to determine whether successful results could be expanded. Under the health law HHS can broaden innovations to government programs without seeking permission from Congress.

Conway points to the center’s partnership for patients, a national initiative to cut costs and reduce in-hospital harm, as an early success. Hospitals in the program share ideas on avoiding catheter and blood-line infections, guarding against patient falls and bedsores and building community networks to reduce expensive readmissions.

Analysis by CMMI and its contractors shows that partnership for patients has already lowered readmission rates, cut hospital-acquired infections and other injuries “for the first time in history,” and saved 15,000 lives and $4 billion, he said.

Another success, Conway says, is the “pioneer” accountable care organizations, an early effort to induce care providers to improve quality and control cost through financial incentives. The program saved $147 million in its first year, according to HHS, and it’s “highly likely the second year’s results will also be positive,” Conway said.

But information is limited even for programs whose results have been announced. HHS didn’t disclose how it calculated ACO savings or details on how individual health systems performed.

For scores of other efforts there is even less information. Contractors hired to monitor and evaluate projects are prohibited from disclosing data to anyone other than CMMI. The health law requires HHS to disclose evaluation reports on its tests “in a timely fashion,” but so far the innovation center itself is largely silent.

One reason is that it’s early, officials say. There’s no reason to publish results in the first or second year of a three-year study, they say.

“We are not at the point of drawing conclusions at all,” said Lorenzo Moreno, who leads a team at Mathematica Policy Research that is evaluating experiments in primary care financed with CMMI dollars. “We are still very much in the early stages of processing the data.”

Another reason is the political risk of revealing the inevitable investments that aren’t working.

HHS officials concede that some projects will fail. But even those will produce good information on what doesn’t work, said Conway, a medical doctor who once worked for management consultants McKinsey & Co.

“If every single model met the criteria [for quality and cost goals] then we’re not being innovative enough,” he said. “So by definition there should be some models that are pushing the envelope, that may not succeed.”

But the administration is wary of giving Republicans another political weapon like Solyndra, the failed solar-panel manufacturer that cost taxpayers hundreds of millions of dollars.

“You get government agencies very gun-shy about having a program where some of the applicants might fail,” Emanuel said. “Every failure is going to be a front-page story about government malfeasance.”

Even so, independent researchers say they’re frustrated by the information blanket over the most ambitious attempt ever to test new kinds of payment and care management.

“If you don’t know whether something isn’t working, then you can’t make an interim fix,” said Christopher Langston, program director at the John A. Hartford Foundation, a nonprofit that works to improve care for seniors. Langston says he supports CMMI but adds: “It is incumbent upon the government to share publicly the results of work that taxpayer money is funding.”

“We take the direction of Congress — that the goal was to test these models, to expand the successful ones, but also to terminate unsuccessful ones — very seriously,” he said.

But the department would not disclose the identity of recipients who have been cut off. Nor would it identify independent researchers with whom it says it has shared interim data.

There is also concern about the capacity of CMMI to manage its programs and expand the ones that work. Conway, also CMS chief medical officer, took over CMMI last year after its previous director, Dr. Richard Gilfillan, resigned to run a Michigan hospital system.

Conway is an “exceptional” leader, says Robert Kocher, a venture capitalist and another former White House adviser who helped launch the health law. As for the center’s chances of success, he says, “it comes down to people. Has CMMI recruited people who are capable of managing across these areas and who will have insights on what are the most effective approaches? That’s going to be a constant tension.”