If you get health insurance at work, chances are you have some sort of wellness plan, too. But so far there’s no real evidence as to whether these plans work.

One thing we do know is that wellness is particularly popular with employers right now, as they seek ways to slow the rise of health spending. These initiatives can range from urging workers to use the stairs all the way to requiring comprehensive health screenings. The 2014 survey of employers by the Kaiser Family Foundation found that 98 percent of large employers and 73 percent of smaller employers offer at least one wellness program. (Kaiser Health News is an editorially independent program of KFF.)

What makes wellness plans so popular? 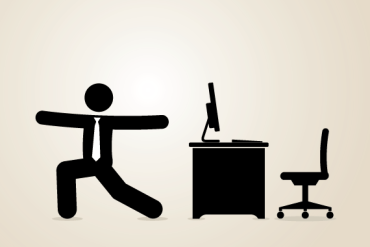 “It’s somewhere between $6 [billion] and $10 billion, which creates an awful lot of people saying ‘do more of this stuff,’” he says.

Lewis has become something of a crusader against the spread of corporate wellness programs around the nation. (He’s co-authored an e-book detailing its failings.) He says among the many problems is that a lot of wellness plans are not so innocent.

“We call them pry, poke, prod and punish programs,” he says. That refers to the ones that ask intrusive questions like how much alcohol a person consumes and whether a woman is planning on becoming pregnant. They might also require medical procedures like comprehensive blood tests. The plans urge employees to participate and then punish them if they don’t.

Under federal rules, wellness programs must in theory be voluntary. But more than a third of large companies are now using financial incentives, which include both rewards for those who participate and penalties for those who don’t, according to the Kaiser Family Foundation survey.

For example, at Penn State University last year, officials were forced to backtrack on a plan that would have required professors and other nonunion workers – and their spouses — to undergo comprehensive health screenings every year, including measurements of cholesterol, blood sugar, and body mass. Those who declined would be charged an extra $100 dollars a month for insurance. Employees rebelled, and the University didn’t implement the fees.

Ironically, says Lewis, for all the money some wellness plans spend to screen thousands of people, most companies don’t actually have that much health spending that could be saved by wellness initiatives.

“In a company with 10,000 workers,” he says, “they might have had 10 heart attacks, of which one may have been theoretically preventable with a wellness program. “

That’s a big reason why most independent studies have found little or no cost savings. When there have been savings, said Aaron Carroll and Austin Frakt in the New York Times, they tend not to have come from improving workers’ health. “Wellness programs can achieve cost-savings – for employers – by shifting higher costs of care to workers,” they wrote. This is because employers can charge workers more for their insurance if they refuse the smoking cessation or weight-loss plan.

Some programs can even do harm, says Lewis. For example, false positive results from screening low-risk people end up causing workers anxiety and their health plans still more money. Lewis is quick to add that screening tests recommended by the U.S. Preventive Services Task Force are appropriate, but their guidelines “are routinely ignored by corporate wellness programs.”

But not everyone outside the wellness industry is quite so pessimistic. Harvard health economist Kate Baicker is the lead author of a 2010 study that found some potential savings.

“It could be that when all the full set of evidence comes in it will have huge returns on investment and the billions we’re spending on it are completely warranted,” Baicker says. But for now, “there are very few studies that have reliable data on both the costs and the benefits.”

Meanwhile, the federal government is divided on how to regulate this area. The Affordable Care Act embraces the wellness concept. It lets employers link up to 30 percent of premiums to participation in wellness activities – and up to 50 percent if those activities involve quitting tobacco. But the independent Equal Employment Opportunity Commission is suing several companies, including the Honeywell, with its more than 130,000 workers. It says their programs discriminate against those with disabilities.

The idea of having to follow more than one set of rules is frustrating employers.

“We want to be certain that following the Affordable Care Act is what we’re supposed to be doing, and there shouldn’t be additional requirements beyond the ACA,” said Maria Ghazal of the Business Roundtable.

The CEOs are so upset about the wellness lawsuits they’re reportedly threatening to pull their support for the health law entirely unless things are clarified – which could create one more enemy for the Affordable Care Act.

Wellness At Work: Popular But Unproven