SACRAMENTO, Calif.— The “public option,” which stoked fierce debate in the run-up to the Affordable Care Act, is making a comeback — at least among Democratic politicians.

The proposal to create a government-funded health plan, one that might look like Medicare or Medicaid but would be open to everyone, is being advocated by some  federal officials, and gaining traction here in California too.

Amid news that two major insurers were pulling out of Affordable Care Act exchanges, 33 senators recently renewed the call for a public option. The idea was first floated, then rejected, during the drafting of the federal health law, which took effect in 2010. 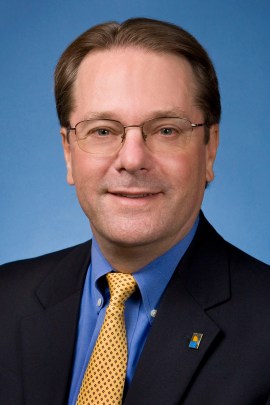 Democratic presidential candidate Hillary Clinton includes a public option in her campaign platform, and President Barack Obama urged Congress to revisit the idea in a JAMA article published in August.

Dave Jones, the elected regulator of California’s private insurance industry, endorsed the idea of a state-specific public option in an interview last month with California Healthline, though he did not specify how it might work.

A public option “would look just like an insurance plan,” except that the state or federal government would pay for medical care, potentially set up the network of doctors and hospitals, and make rules about paying providers, according to Gerald Kominski, Director of the UCLA Center for Health Policy Research. Private industry could be involved in these or other aspects of running the health plan, much as they do in Medicare Advantage and managed Medicaid plans.

California Healthline interviewed Kominski to better understand how a public option could work. The interview was edited for length and clarity.

Q: When we talk about a public option, do we mean a health plan for which the government takes the risk, sets the coverage rules and pays out the claims — and enrollees pay premiums just as they would to an insurance company?

That is what the public option would be. But that still leaves out the answer to a lot of questions about how actually that would occur. How would a government agency essentially become the insurer? So we have two examples. We have the Medicare program and we have the Medicaid program.

Medicare establishes the rules. It contracts with insurance companies to pay the bills. And that’s the way that Medicare has operated for over 50 years.

Now we have Medicare Advantage plans, where the contracting is not to pay bills but is basically contracting with insurers to bundle the services. And rather than pay the doctors and hospitals, the government pays the insurer and puts the insurer at risk.

Q: Insurers have opposed this idea in the past, and they’re opposing it again now that it’s being raised by members of Congress.

Private insurers could participate as administrators or providers on behalf of the state. But here’s one concern that I have with that model: California has four large insurance companies in the exchange that account for about 90 percent of the market.

It’s not necessarily the case, but it is in fact what we observe in the Medicare and the Medicaid/Medi-Cal programs.

Q: Do you think a public plan would help bring down costs in the health care system by negotiating for lower payments to hospitals and doctors?

I think that is possible in other areas of the country, where there are markets with one or two health insurance plans in the exchange. I think California has one of the most competitive ACA marketplaces. And so would the public option in California dramatically reduce premiums? I think the answer is no. It would have little or no effect.

For some people, the advantage is that we think that the public option’s going to be around because the state’s not going to back out of its commitment, whereas private insurers come and go in the marketplace.

Q: Is there something about California’s health care system that uniquely primes the state for a public option?

I think so. One of the things that’s unique about California is the high percentage of managed care enrollment. The public option in California would probably include or be based on a managed care model and Californians are pretty receptive to that model.

Q: So if the public option could include private insurance, why are the insurers so opposed?

Well, the simple answer is they don’t want more competition. And again it goes back to, why was this battle so intense during the development and enactment of the ACA back in 2009 and 2010? The insurance industry said we cannot compete with a plan, a government plan, that pays doctors and hospitals using Medicare fees or fee schedules.

You remember the fundamental rule of business is you don’t want more competition. You want the market to yourself. 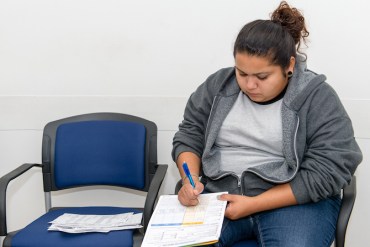 Q: Do you think it would be more effective or easier to implement a public option at a state or national level?

Q: Is there something that’s more efficient about a national public option?

Potentially. It’s economies of scale. You know, the larger your potential market nationally, the lower the potential costs per person. You just get administrative savings and efficiency. But it’s not easy to create a national program. One issue that’s challenging is how to put together a national network of doctors and hospitals that would participate. That’s a lot of work.

Q: Do you think the idea of a public option is more viable now than it was when it was debated before and ultimately stripped from the Affordable Care Act?

A: Well, I think that what makes it more attractive right now is the fact that we’ve got two large insurance companies that are pulling out of the exchange marketplaces. And because of that … the idea of a public option to provide stability and protection for people in the exchanges has resurfaced. And I think with good reason.