A story on NPR earlier this week described the “family glitch” in the Affordable Care Act. That’s  when  people can’t afford their insurance at work but make too much to qualify for subsidies  in the new insurance exchanges. Many of these mostly middle-income Americans will remain uninsured.

It also got us wondering, who else is being left out by the health law? And who is getting coverage?

Official government statistics won’t be out until next year, but several other surveys, including one out just this week from the Urban Institute, all agree that between Sept. 2013 and Sept. 2014, the uninsured rate dropped about five percentage points, which is around a third. That translates into about 10 million more people getting health insurance during the year. 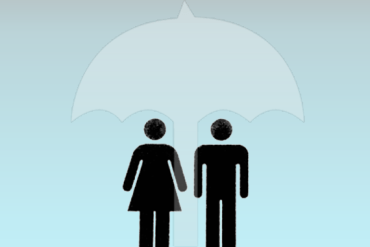 That number is considerably larger than the just under seven million people reported to have bought coverage at a health exchange. It includes exchange customers who were already buying their own insurance. They weren’t uninsured, but their plans might have been cancelled or they shopped in the exchanges to get a subsidy.   Also, several million got coverage through the Medicaid program in states that opted to expand it.  And others got job-based coverage as the economy continued to improve.

A series of surveys looking at who got coverage found the biggest gains have come among groups with large numbers of uninsured people. That includes young adults, who are just starting out in the job market, people of color, people in states that expanded their Medicaid programs, people with lower incomes, and people in rural areas.

Another interesting trend is that the uninsured rate fell more for women than men. That’s a little unexpected because the Medicaid expansion allows low-income men who aren’t parents to qualify for the first time. Women who are pregnant or mothers have long been eligible, so there was a bigger pool of men who could gain coverage.

Who does this leave out?

Several diverse groups. The biggest is probably undocumented immigrants. They are not eligible by law- to purchase coverage in the health exchanges, and in most cases they’re not eligible for Medicaid. President Obama’s executive order from last month didn’t make any new immigrants eligible for health benefits under the ACA.

The next big group is adults with low incomes who aren’t disabled and aren’t parents who live in the 23 states that haven’t expanded the Medicaid program. The law was written to extend Medicaid to all low-income people, so you’re not eligible to buy coverage on the exchanges if your income is under the federal poverty line, which is about $11,700 for an individual this year.

In 2012 the Supreme Court ruled that the Medicaid expansion was optional, and just over half the states have taken the federal government up on its offer to pay nearly all the cost. But several of the states that haven’t – including Texas, Florida, and Georgia – have between them several million people in the Medicaid gap.

Then there are those caught in the so-called family glitch. They’re people who can theoretically afford their own coverage, but coverage for the rest of their family is too expensive.  Because of the way the law is written, those family members aren’t eligible for subsidies in the exchanges.

And finally there are people who don’t want coverage and particularly don’t want to be required by the government to buy it, and people who still don’t know they’re supposed to be covered or else they’ll pay a fine next year.

In fact, many of those who remain uncovered won’t have to pay any fines. There are lots of exceptions to the rules for who will have to pay tax penalties for not having coverage. People who are undocumented are exempt, as are people who don’t earn enough to have to file federal income taxes. Also you’re exempt if the least expensive insurance would cost more than 8 percent of your income.  Case-by-case exemptions can be given for people who claim financial hardships.

The bottom line is the law was never anticipated to cover everyone but to get the insured rate up around 90 percent.

Who Is Getting ACA Insurance – And Who Isn’t