Dr. Douglas Aspros says the federal health law is increasing his costs to buy medical equipment, which he has no choice but to pass onto his patients — most whom are uninsured. 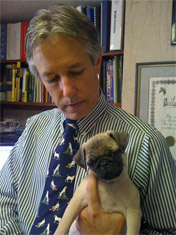 None of Aspros’ patients, though, will benefit from the law’s expansion of  coverage.  Aspros, you see, treats dogs, cats, birds, hamsters, parrots and other small animals at his veterinary center in Pound Ridge, N.Y.

The law’s 2.3 percent medical device tax, which started this year, was meant to have device manufacturers and their buyers contribute to the cost of expanding health coverage because they would benefit from having more business from insured patients.

But some devices used on humans are also used for animals, including ultrasound machines, laboratory and X-ray equipment. So as a result,  veterinarians have to pay the extra tax as well.

“We are not getting any more patients from the Affordable Care Act, and we should not be pulled into this,” said Aspros, a past president of the American Veterinary Medical Association which represents more than 84,000 vets. The association has joined device makers and business groups lobbying for a repeal of the tax.

The tax — estimated to raise $30 billion for the law over the next decade—has become a pawn in political fight over the health law with Republicans calling for its repeal in a deal to end the government shutdown. Many Democrats –particularly those with device makers in their districts in Minnesota, Massachusetts and New Jersey, oppose the tax. They argue that like any tax, it hurts sales and will cost them jobs. 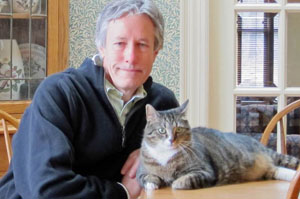 Aspros said any device that is not labeled specifically for veterinary use is subject to the 2.3 percent tax. “That may sound trivial but if a device costs $30,000 to $40,000, it is not a trivial expense,” he said.

He said veterinarians may have to pass on the extra costs when they bill patients for treating their pets. He noted visits to pet doctors have fallen since the economic downturn. He said some veterinarians may delay upgrading their equipment rather than pay the extra tax. “This is an additional expense…and we do not need to bear this burden on top of an already stressed environment,” he said.

Why Some Veterinarians Have a Bone To Pick With Obamacare