SEELEY LAKE, Mont. — When researchers arrived in this town tucked in the Northern Rockies three years ago, they could still smell the smoke a day after it cleared from devastating wildfires. Their plan was to chart how long it took for people to recover from living for seven weeks surrounded by relentless smoke.

Forest fires had funneled hazardous air into Seeley Lake, a town of fewer than 2,000 people, for 49 days. The air quality was so bad that on some days the monitoring stations couldn’t measure the extent of the pollution. The intensity of the smoke and the length of time residents had been trapped in it were unprecedented, prompting county officials to issue their first evacuation orders due to smoke, not fire risk.

Many people stayed. That made Seeley Lake an ideal place to track the long-term health of people inundated by wildfire pollution.

So far, researchers have found that people’s lung capacity declined in the first two years after the smoke cleared. Chris Migliaccio, an immunologist with the University of Montana, and his team found the percentage of residents whose lung function sank below normal thresholds more than doubled in the first year after the fire and remained low a year after that.

“There’s something wrong there,” Migliaccio said.

While it’s long been known that smoke can be dangerous when in the thick of it — triggering asthma attacks, cardiac arrests, hospitalizations and more — the Seeley Lake research confirmed what public health experts feared: Wildfire haze can have consequences long after it’s gone.

Toxic air from fires has blanketed California and the Pacific Northwest for weeks now, causing some of the world’s worst air quality. California fires have burned roughly 2.3 million acres so far this year, and the wildfire season isn’t over yet. Oregon estimates 500,000 people in the state have been under a notice to either prepare to evacuate or leave. Smoke from the West Coast blazes has drifted as far away as Europe.

Extreme wildfires are predicted to become a regular occurrence due to climate change. And, as more people increasingly settle in fire-prone places, the risks increase. That’s shifted wildfires from being a perennial reality for rural mountain towns to becoming an annual threat for areas across the West. 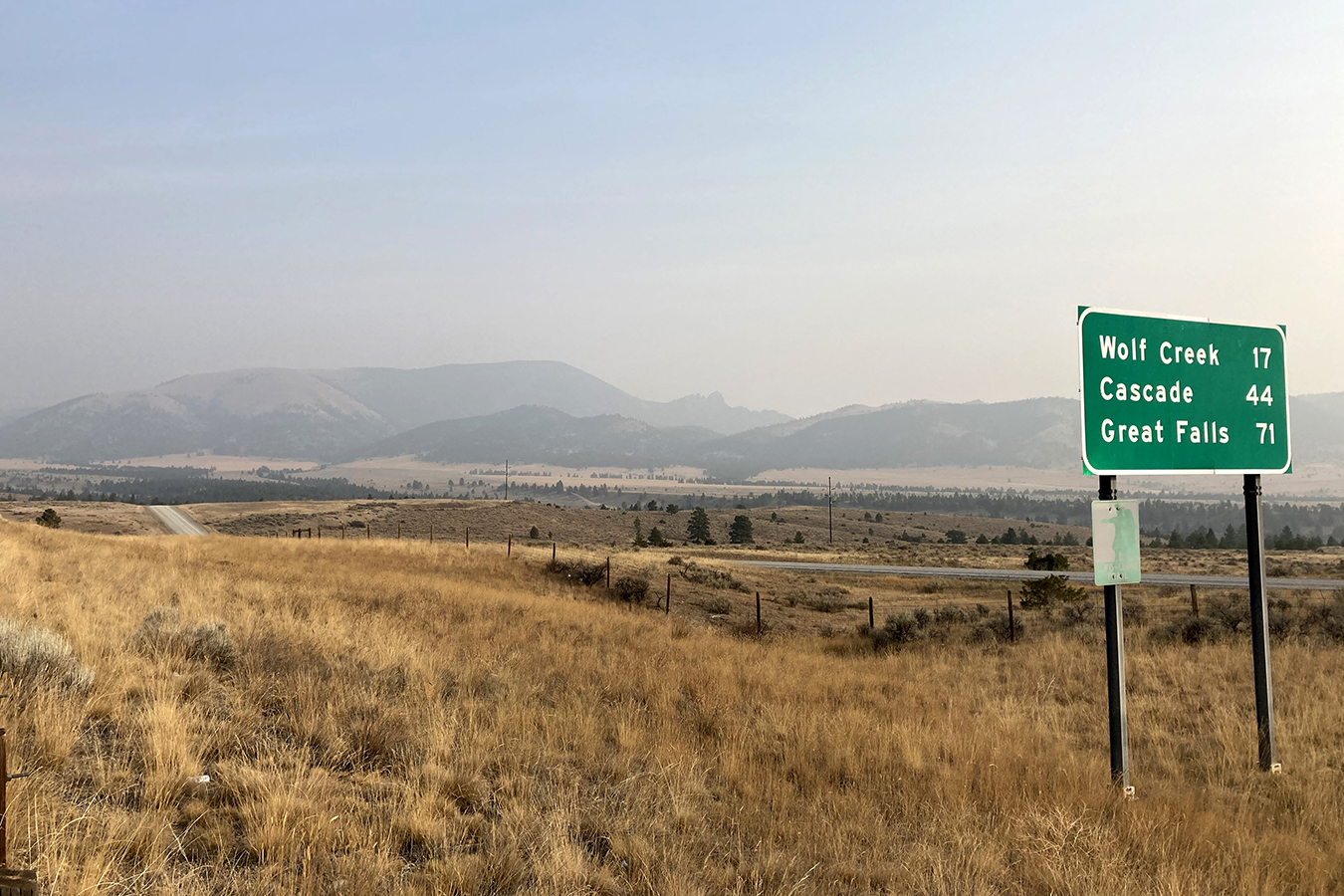 Dr. Perry Hystad, an associate professor in the College of Health and Human Sciences at Oregon State University, said the Seeley Lake research offers unique insights into wildfire smoke’s impact, which until recently had largely been unexplored. He said similar studies are likely to follow because of this fire season.

“This is the question that everybody is asking,” Hystad said. “‘I’ve been sitting in smoke for two weeks, how concerned should I be?’”

Migliaccio wants to know whether the lung damage he saw in Seeley Lake is reversible — or even treatable. (Think of an inhaler for asthma or other medication that prevents swollen airways.)

But those discoveries will have to wait. The team hasn’t been able to return to Seeley Lake this year because of the coronavirus pandemic.

Migliaccio said more research is needed on whether wildfire smoke damages organs besides the lungs, and whether routine exposure makes people more susceptible to diseases.

The combination of the fire season and the pandemic has spurred other questions as well, like whether heavy smoke exposure could lead to more COVID-19 deaths. A recent study showed a spike in influenza cases following major fire seasons.

“Now you have the combination of flu season and COVID and the wildfires,” Migliaccio said. “How are all these things going to interact come late fall or winter?”

Seeley Lake has long known smoke. It sits in a narrow valley between vast stretches of thick forests.

On a recent September day, Boyd Gossard stood on his back porch and pointed toward the mountains that were ablaze in 2017.

Gossard, 80, expects to have some summer days veiled in haze. But that year, he said, he could hardly see his neighbor’s house a few hundred feet away.

“I’ve seen a lot of smoke in my career,” said Gossard, who worked in timber management and served as a wildland firefighter. “But having to just live in it like this was very different. It got to you after a while.”

When Missoula County health officials urged people to leave town and flee the hazardous smoke, many residents stayed close to home. Some said their jobs wouldn’t let them leave. Others didn’t have a place to go — or the money to get there.

Health officials warned those who stayed to avoid exercising and breathing too hard, to remain inside and to follow steps to make their homes as smoke-free as possible. The health department also worked to get air filters to those who needed them most.

But when flames got too close, some people had to sleep outside in campsites on the other side of town. 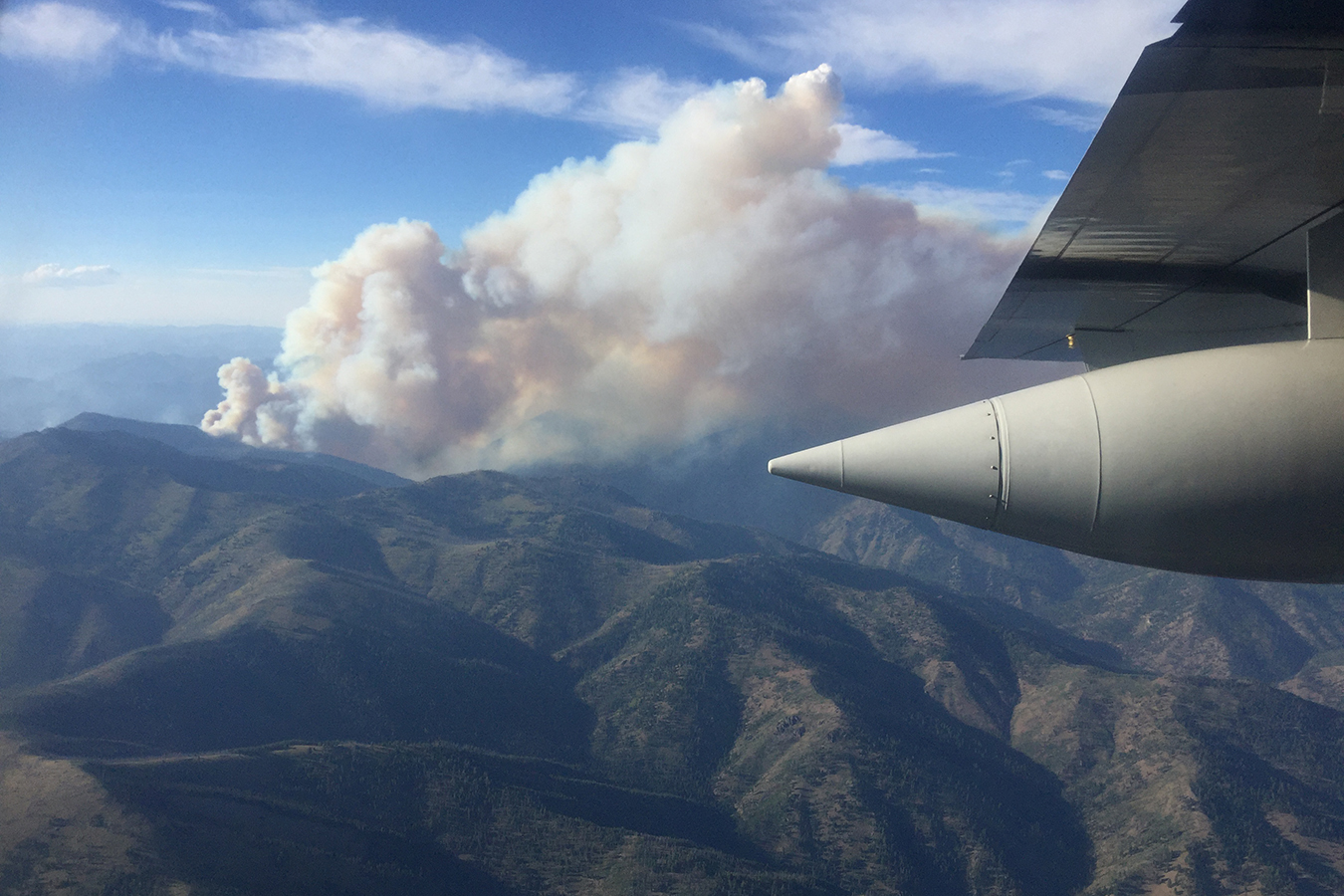 Smoke from an Idaho fire is visible from the wing of a research plane in 2018. Scientists who are part of a national collaboration sat in the cargo plane, which was converted into a flying laboratory, to collect samples of wildfire pollutants to better understand how smoke changes as it travels.(Lu Hu)

Understanding the Science of Smoke

One of the known dangers of smoke is particulate matter. Smaller than the width of a human hair, it can bypass a body’s defenses, lodging deep into lungs. Lu Hu, an atmospheric chemist with the University of Montana, said air quality reports are based on how much of that pollution is in the air.

While air quality measurements can gauge the overall amount of pollution, they can’t assess which specific toxins people are inhaling. Hu is collaborating with other scientists to better predict how smoke travels and what pollutants people actually breathe.

He said smoke’s chemistry changes based on how far it travels and what’s burning, among other factors.

Over the past few years, teams of researchers drove trucks along fire lines to collect smoke samples. Other scientists boarded cargo planes and flew into smoke plumes to take samples right from a fire’s source. Still others stationed at a mountain lookout captured smoke drifting in from nearby fires. And ground-level machines at a Missoula site logged data over two summers.

Bob Yokelson, a longtime smoke researcher with the University of Montana, said scientists are getting closer to understanding its contents. And, he said, “it’s not all bad news.”

Temperature and sunlight can change some pollutants over time. Some dangerous particles seem to disappear. But others, such as ozone, can increase as smoke ages.

Yokelson said scientists are still a long way from determining a safe level of exposure to the 100-odd pollutants in smoke. 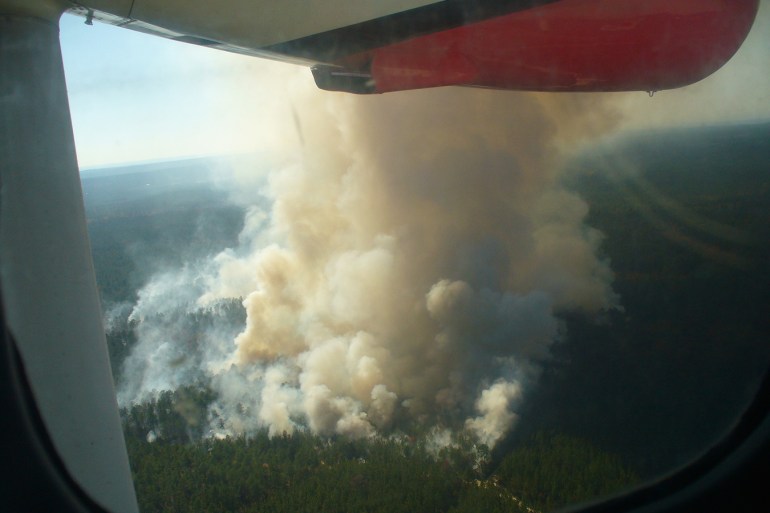 An airplane stocked with equipment to measure what’s inside smoke heads toward a plume in North Carolina. Bob Yokelson, a longtime smoke researcher with the University of Montana, said the trip makes for a bumpy ride but good data.(Bob Yokelson) 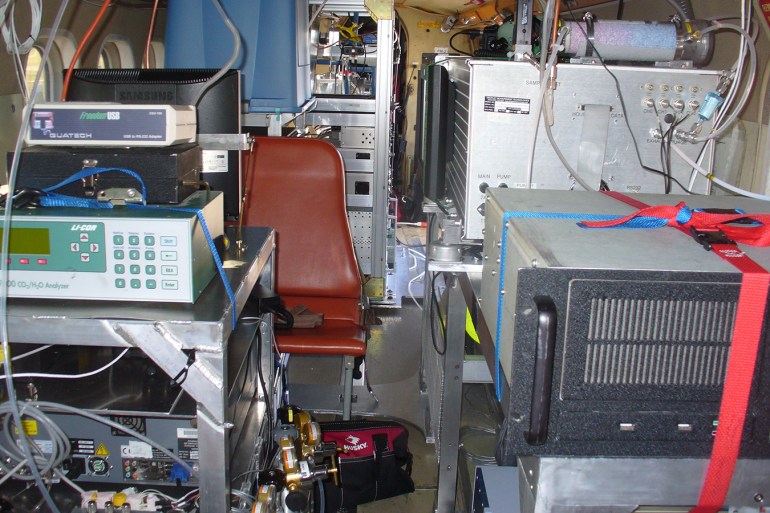 Researchers from the University of Montana, as part of a national effort to understand the chemistry of smoke, removed the seats from a smokejumper plane to convert it into a sort of flying laboratory. The plane collected samples from fires across the country.(Bob Yokelson)

“We can complete the circle by measuring not only what’s in smoke, but measuring what’s happening to the people who breathe it,” Yokelson said. “That’s where the future of health research on smoke is going to go.”

Coping With Nowhere to Flee

In the meantime, those studying wildland smoke hope what they’ve learned so far can better prepare people to live in the haze when evacuation isn’t an option.

Joan Wollan, 82, was one of the Seeley Lake study participants. She stayed put during the 2017 fire because her house at the time sat on a border of the evacuation zone.

The air made her eyes burn and her husband cough. She ordered air filters to create cleaner air inside her home, which helped.

On a recent day, the air in Wollan’s new neighborhood in Missoula turned that familiar gray-orange as traces of fires from elsewhere appeared. Local health officials warned that western Montana could get hit by some of the worst air quality the state had seen since those 2017 fires.

If it got bad enough, Wollan said, she’d get the filters out of storage or look for a way to get to cleaner air — “if there is someplace in Montana that isn’t smoky.”