Women’s health groups are launching a counterattack against suggestions by several Republican Senate candidates that making birth control pills available without a prescription is the answer to the dispute over contraceptive coverage rules in the health law. 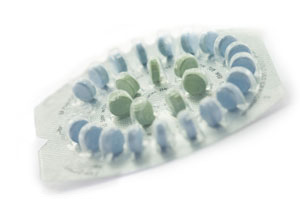 At least four Republicans running for the U.S. Senate have proposed over-the-counter pills in recent weeks, including Ed Gillespie in Virginia, Cory Gardner in Colorado, Thom Tillis in North Carolina and Mike McFadden in Minnesota.  All four have advocated the repeal of the Affordable Care Act and its requirement that most insurance plans cover all FDA-approved contraceptives for women.

“I think over-the-counter, oral by contraception (sic), should be available without a prescription,” Tillis said in a debate with Sen. Kay Hagan, D-N.C., last week. “If you do those kinds of things, you will actually increase the access and reduce the barriers for having more options for women for contraception.”

“When health insurance doesn’t cover birth control and women have to pay out of pocket at the drugstore, it won’t expand access to birth control but shrink it,” wrote Planned Parenthood Action Fund President Cecile Richards in an op-ed at CNN.com.

Planned Parenthood has calculated that offering birth control over-the-counter rather than by prescription “amounts to a $483 million tax on women,” because they will have to pay the entire cost themselves. That number comes from an estimate by the Department of Health and Human Services of the amount saved by women on oral contraceptive prescriptions.

Gardner has said he wants to make the pill over-the-counter while still ensuring that women can be reimbursed by insurance, although it is not clear how that would work. Non-prescription drugs are typically not covered by insurance.

Also weighing in is the American College of Obstetricians and Gynecologists (ACOG), which since 2012 has advocated making birth control pills available without prescription.

“We feel strongly, however, that OTC access to contraceptives should be part of a broader dialogue about improving women’s health care, preventing unintended pregnancies, and increasing use of contraception, including long-acting reversible contraception,” ACOG President John C. Jennings said in a statement. “Over-the-counter access should not be used as a political tool by candidates or by elected officials.”