SACRAMENTO, Calif. — Every day, Anna Denny encounters people who know their way around a joint.

Denny owns Elevated 916, a smoke shop in north Sacramento that sells tobacco products and smoking accessories. But many of her customers don’t limit their smoking to tobacco.

Because they’ve been there, done that, Denny just can’t imagine them using a new state website that offers resources — and plenty of warnings — about the use of marijuana now that lighting up recreationally is legal in California.

“Some of this, I can see it being useful for a grandma who might be interested [in marijuana] and is getting her information from her grandson,” Denny said. “In that case, this website is probably a better source.”

Grandmas and all other Californians can now visit the “Let’s Talk Cannabis” website launched last month by the state Department of Public Health. The site is the first step in the department’s public education campaign to inform state residents about the drug as it becomes more widely used and available.

Last November, voters approved Proposition 64, the Adult Use of Marijuana Act, making California one of eight states — plus the District of Columbia — to legalize the drug for recreational use. California’s recreational measure immediately made it legal for adults 21 and over to possess up to 1 ounce or 28.5 grams of cannabis, although the state delayed sales by licensed retailers until the beginning of next year. Colorado and Washington were the first to approve recreational use, passing referendums  in 2012.

California’s website is not a user guide. Instead, it is geared to youth, parents and drivers, mostly focusing on weed’s potential risks and harms. Research on its effects has been mixed, but marijuana has been linked to potential cognitive impairments and driving accidents; it may be hazardous for developing fetuses. Today’s dope is also two to seven times stronger than it was in the 1970s, according to researchers at the University of Washington.

But in general, California is no stranger to Mary Jane.

Since then, illegal use has been widespread. Dope experienced a renaissance in the 1960s when gleeful hippies “turned on” by smoking grass. Now, California’s pot industry, legal and illegal, is worth billions of dollars.

Back in 1996, with the passage of Proposition 215, the Golden State became the first of 29 states, plus the District of Columbia, to allow use of marijuana for medical purposes, with authorization from a doctor.

In 2004, the state began issuing medical marijuana ID cards, which allow patients to purchase pot from dispensaries. About 95,000 have been issued so far.

“Getting a card is not that hard,” said Denny, whose clients have received medical marijuana cards for ailments including menstrual cramps, difficulty sleeping and depression.

Devonte Legaspi, 20, a student at Sacramento City College, agrees. “There are even apps that let you FaceTime a doctor for your consultation,” he said. 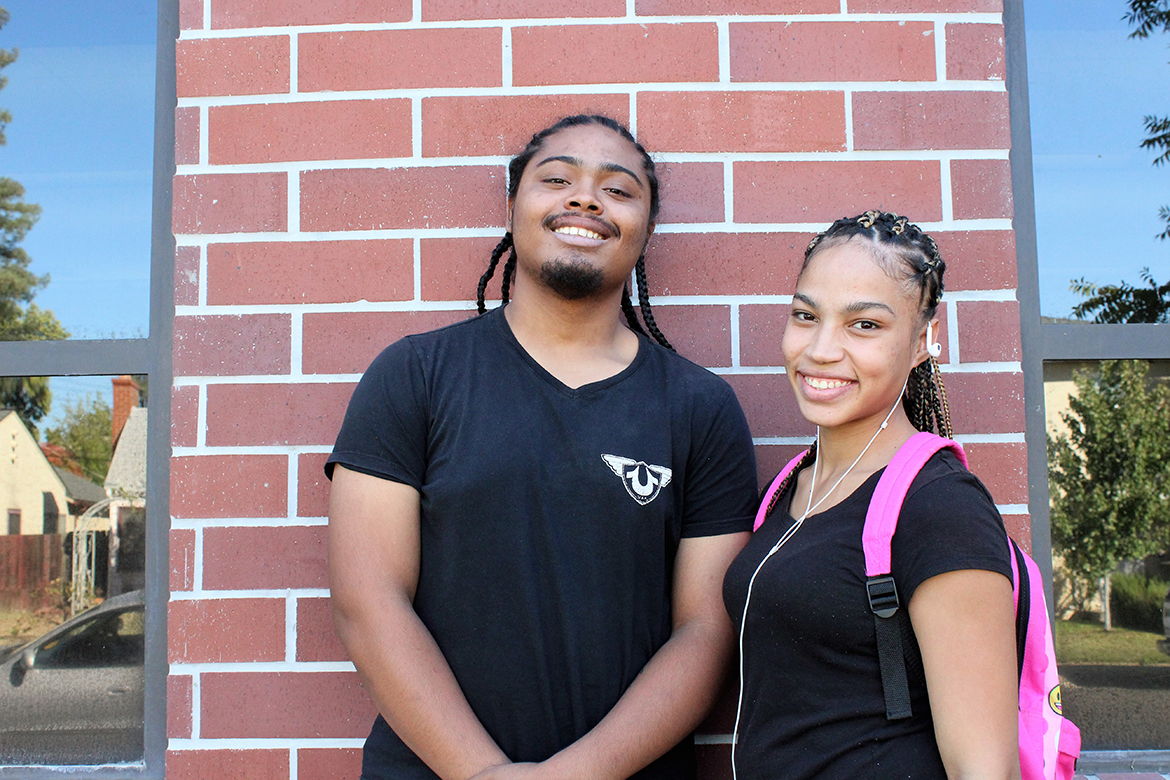 Devonte Legaspi said he doubts young people will make much use of the website, but Aatiqah Murdoc argues they might, especially to answer questions about what’s legal and what’s not. (Ana B. Ibarra/California Healthline)

Many of his friends have used websites and phone apps to get theirs. “It’s so easy,” he said.

Legaspi hasn’t gotten around to getting his own card. But he turns 21 in February, he said, about a month after licensed retailers will be allowed to sell to the public.

“We are committed to providing Californians with science-based information to ensure safe and informed choices,” said Karen Smith, director of the Department of Public Health, in a prepared statement.

The new website provides details about what’s legal to buy, sell and give to others.

It’s not overtly anti-drug like the infamous “This is your brain on drugs” ads from the 1980s that warned youth that their brains would get fried like eggs if they got high.

The site, however, advises pregnant women that if they get stoned, their babies may be born underweight — putting them at risk for all sorts of medical problems. Pet owners are cautioned that Fido might freak — and in rare cases, suffer potentially deadly poisoning — if he accidentally gobbles a pot brownie.

And parents who find out their teen is getting baked — which remains illegal — are urged to “stay calm. Overreacting may lead youth to rebel, feel resentment or take greater risks,” the state advises.

The website has a resource page specifically for youth, but Legaspi doesn’t think it will be the first stop for curious teens and young adults.

“You ask your friends first, then Google,” he said. “I think we’ve been exposed to it for a while. … We know almost everything there is to know about it.”

Still, there are things that some young adults want to see on the website. Aatiqah Murdoc, 22, is Legaspi’s friend. She wants information about possible ingredients in marijuana products, such as brownies and candies.

The site doesn’t offer that. But it does warn that “edibles may have higher concentrations of tetrahydrocannabinol (THC). If you eat too much, too fast you are at higher risk for poisoning.”

THC is the chemical responsible for providing marijuana’s high.

Tamara Cross, who works at Broham Smoke Shop in Sacramento, said she might share the website link with customers who walk in with questions, mostly around legality.

“I have a lot of questions myself, so it’s good to know this exists,” Cross, 24, said. Some customers already ask her when they’ll be able to buy marijuana for recreational use, or whether their access to medical pot will change with the new law. 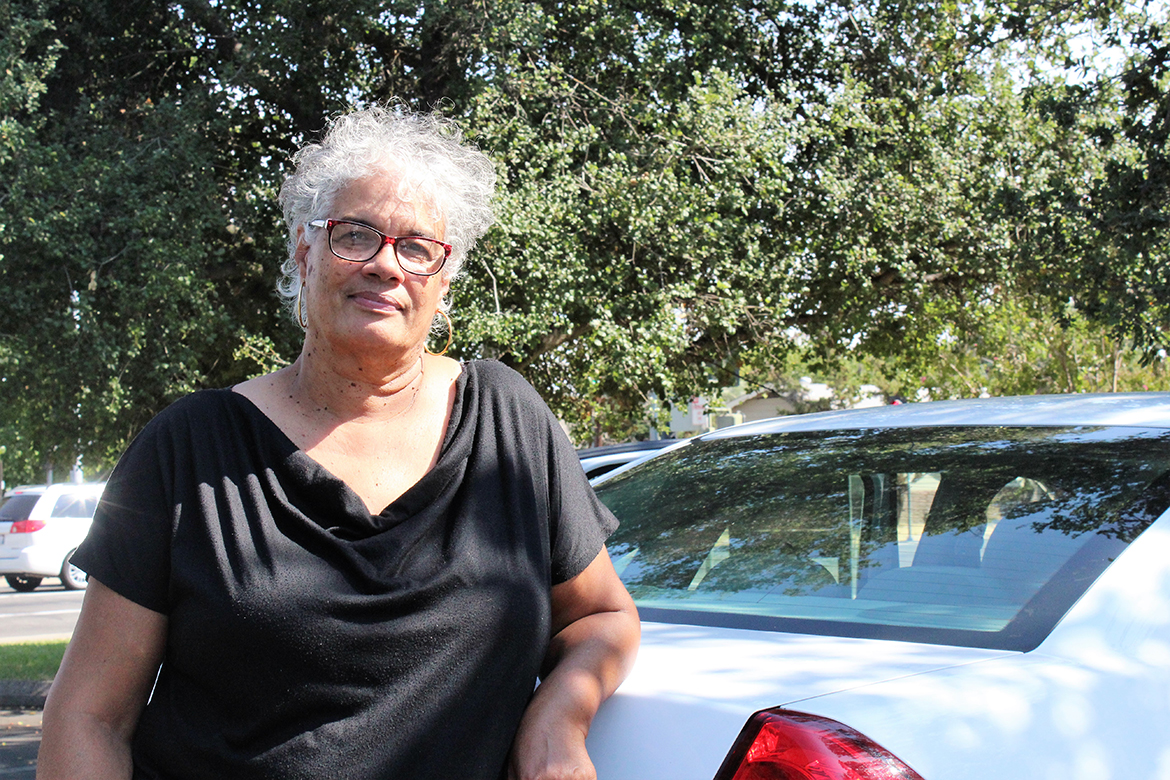 Sharon Duplechan says education about the risks of cannabis should have been more widespread when the measure to legalize recreational marijuana was on the ballot last year. (Ana B. Ibarra/California Healthline)

Sharon Duplechan, 65, who helps care for four of her grandchildren, voted against legalization last year, she said.

As she watched her grandchildren play at a Sacramento park, she said she wishes that the precautions offered on the state website had been more widely available when Californians were deciding how to vote. Now she worries that her grandchildren are growing up in an era when pot is more available and accepted.

“The warnings are a little late,” she said. “You don’t put the cart before the horse.”

Your Grandma’s Guide To Grass: Calif. Rolls Out Website To Cut Through Cannabis Haze