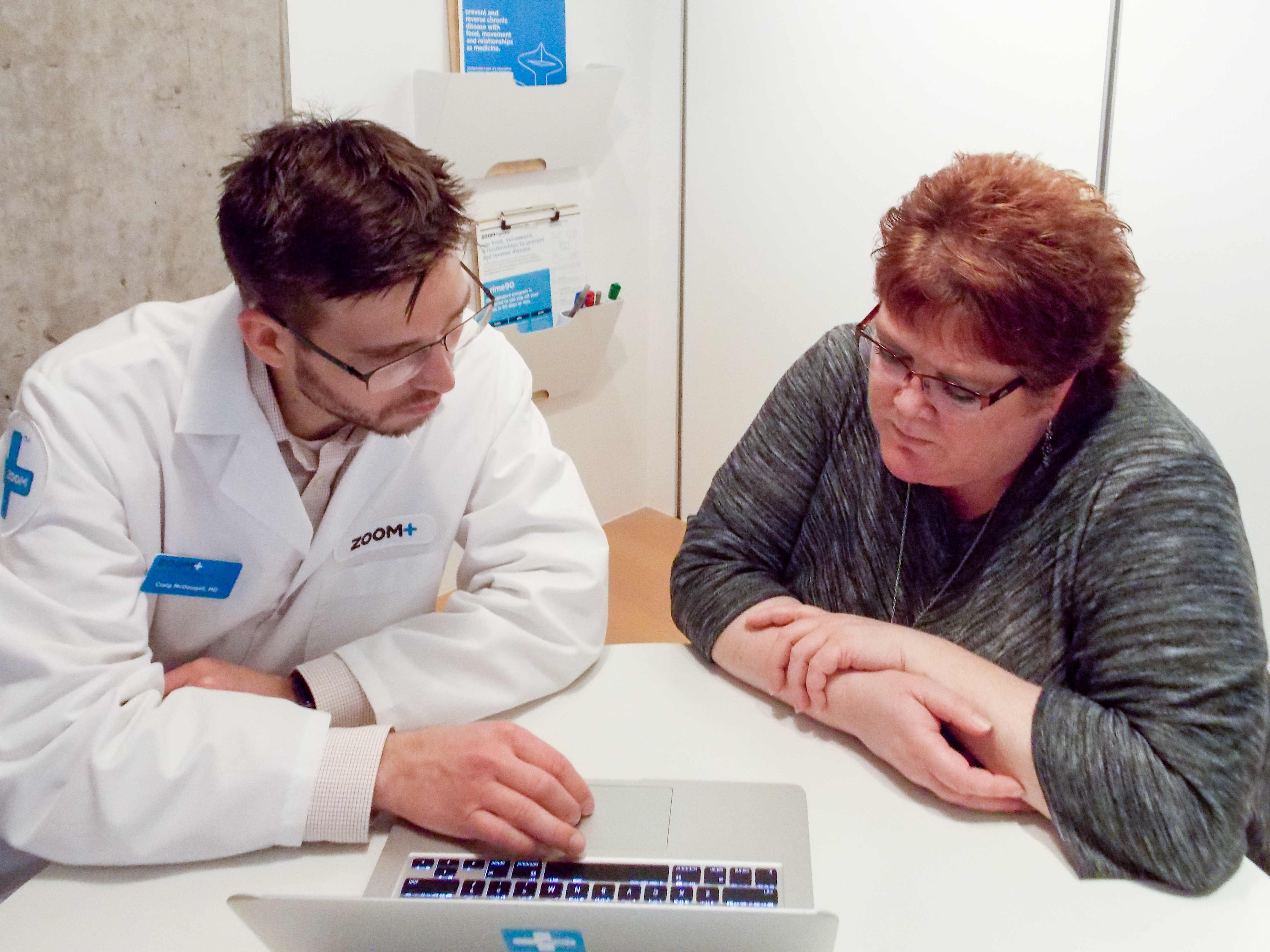 Dr. Craig McDougall and his patient Amy Cannon reviewed her latest lab results. Cannon, 45, has high cholesterol and high blood pressure but McDougall told her she was on the right track. She had lost 30 pounds and her blood sugar level had dropped. (Anna Gorman/KHN)

PORTLAND, Oregon — Lacee Badgley, the mother of a 7-year-old, works full time as an insurance adjuster. Like most working parents, she finds making time for doctor’s appointments a challenge.

“I don’t have the time or energy to drive around town and then wait,” she said.

That’s why Badgley, 36, switched from her previous doctors to Zoom+, a medical provider and health insurer that aims to give patients more control and transparency. She can make same-day appointments through a mobile app, and she’s usually in and out within 30 minutes.

“It’s one-stop shopping,” she said. “I am a big fan of getting everything quickly … I get my medication, my tests, everything in one visit.”

Zoom, which serves patients in Portland, Seattle and Vancouver, Washington, is trying to buck the traditional health care system by offering what it bills as convenient, affordable care in a hip and user-friendly environment. The retail clinics, painted a vibrant turquoise, are stylish and simple. The prices are posted on the walls.

Zoom was created by doctors Dave Sanders and Albert DiPiero to address problems that have plagued medical care for decades: rising costs, poor service and low quality, Sanders said. “We fundamentally wanted to change the system,” he said.

The company targets millennials, who have been at the forefront of change in other industries. Zoom is designed for an imaginary patient named Sarah, who is in her early thirties and wants to get her health care the same way she gets other services in her life — quickly and efficiently.

The waiting rooms clearly illustrate that dynamic: There are no magazines because patients don’t typically wait long enough to read.

Zoom started as a single clinic in Portland 10 years ago and now has more than 30 locations. Last year, the company expanded in Portland and now offers dental care, mental health services and chronic disease management, as well as appointments with cardiologists, dermatologists and other specialists. 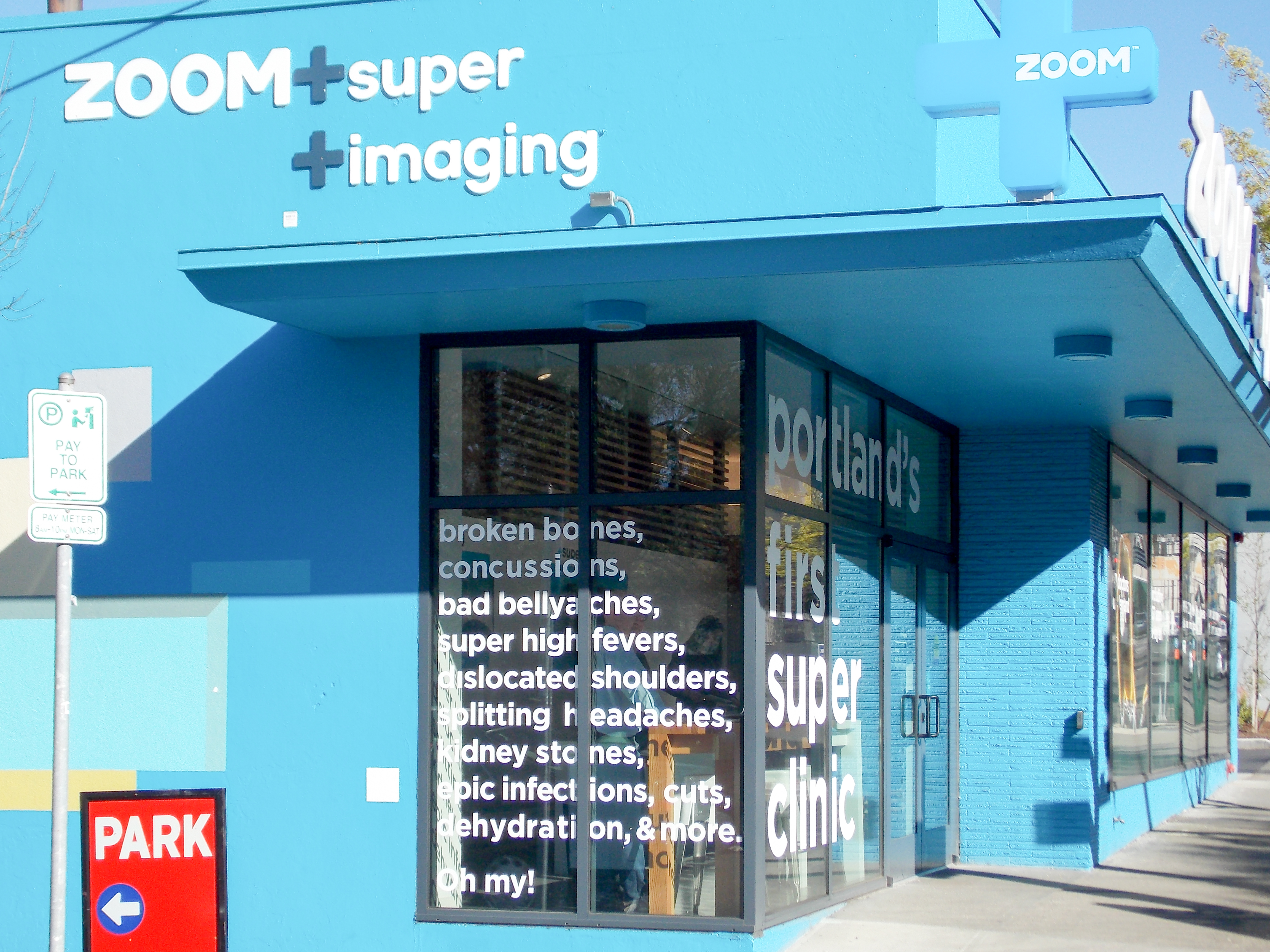 Zoom+ opened an emergency clinic in Portland to treat patients with broken bones and other accidents. The new clinic was part of an expansion that included adding primary care, specialist visits and an insurance plan. (Anna Gorman/KHN)

It also opened a “performance studio” to help people reach their fitness goals and a clinic that treats emergencies such as broken bones and concussions.

This year, Zoom began selling insurance through the Oregon health exchange. Sanders said that by having insurance members of its own, Zoom will be able to better assess its success at controlling expenses and improving care.

Only about 2,500 have signed up for Zoom’s insurance, Sanders said. He hopes to expand the insurance arm over time and believes the overall model could be replicated in other cities.

In some ways, Zoom is similar to Kaiser Permanente, which also provides medical care and insurance.

But Kaiser is a closed system: It only accepts Kaiser members. Zoom is more of a hybrid, treating not only Zoom insurance members but people with other health plans and self-paying patients as well. As a result, the company is both a partner and a competitor to some other insurers.

Of course, Kaiser is also a health care giant that operates in multiple states, while Zoom is much smaller and regionally contained. 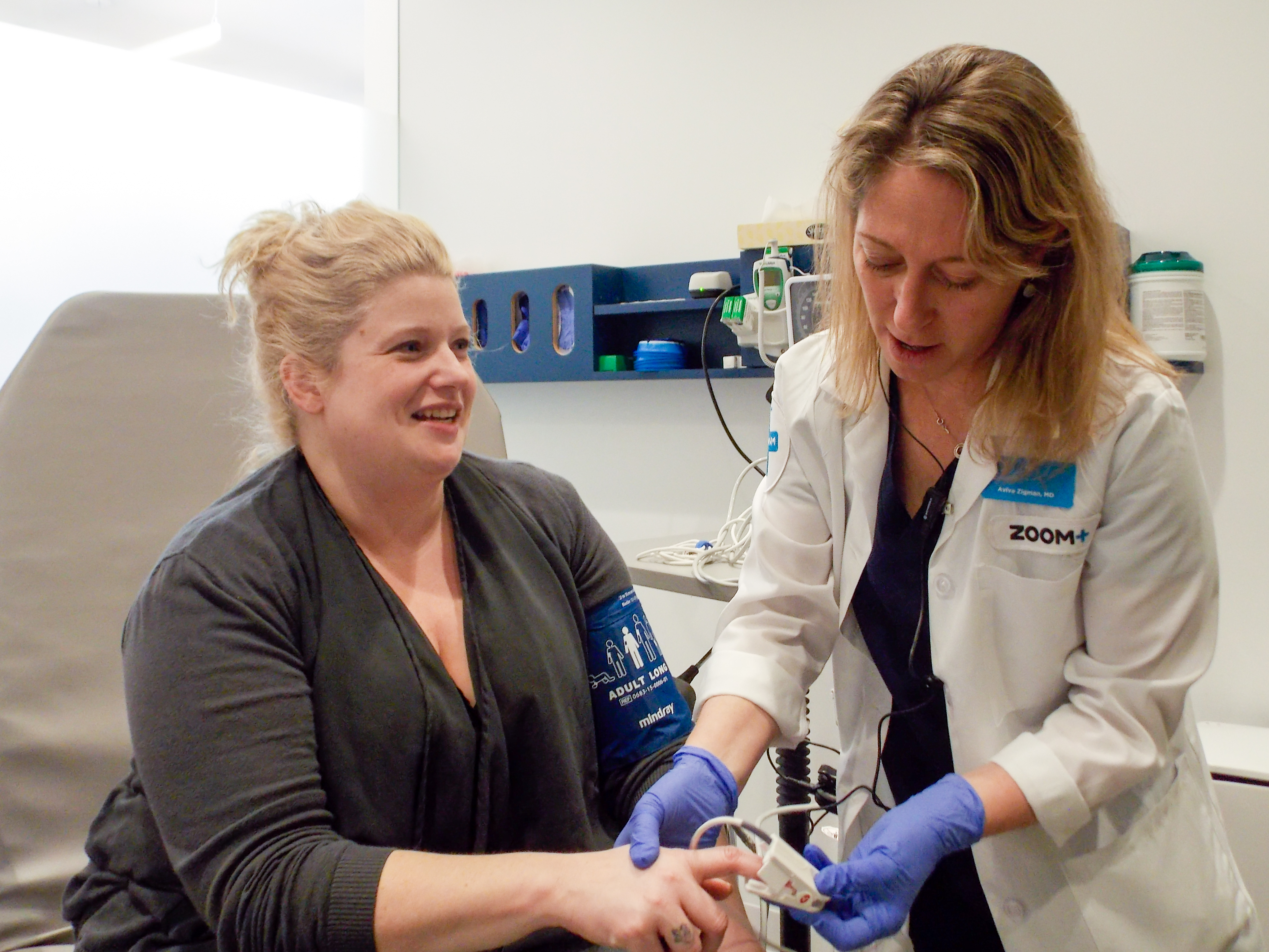 Lacee Badgley came to Zoom+ emergency clinic after taking longer than expected to recover from the flu. Badgley said she likes being able to get in and out within 30 minutes, with her medications in hand. She typically makes same-day appointments through a mobile app. (Anna Gorman/KHN)

People covered by Zoom insurance can get care at Zoom medical facilities or with Zoom partners, including Oregon Health & Science University hospitals.

In recent years, more health care providers have been offering insurance, but the vast majority of them are hospital systems, said Katherine Hempstead, director of coverage for the Robert Wood Johnson Foundation.

It’s unique for a network of retail clinics to add an insurance arm, and Zoom’s model is distinct because it is selling a branded experience to a specific population, Hempstead said. One Zoom poster says the complete health system is “designed to make you happier, healthier, smarter, faster, sexier, creativer.”

Hempstead said Zoom seems to be betting on the idea that young people are brand-loyal and view health much more broadly. As a result, they may be coming to Zoom not only to see a doctor but also to work with a fitness coach, get therapy or take cooking classes. 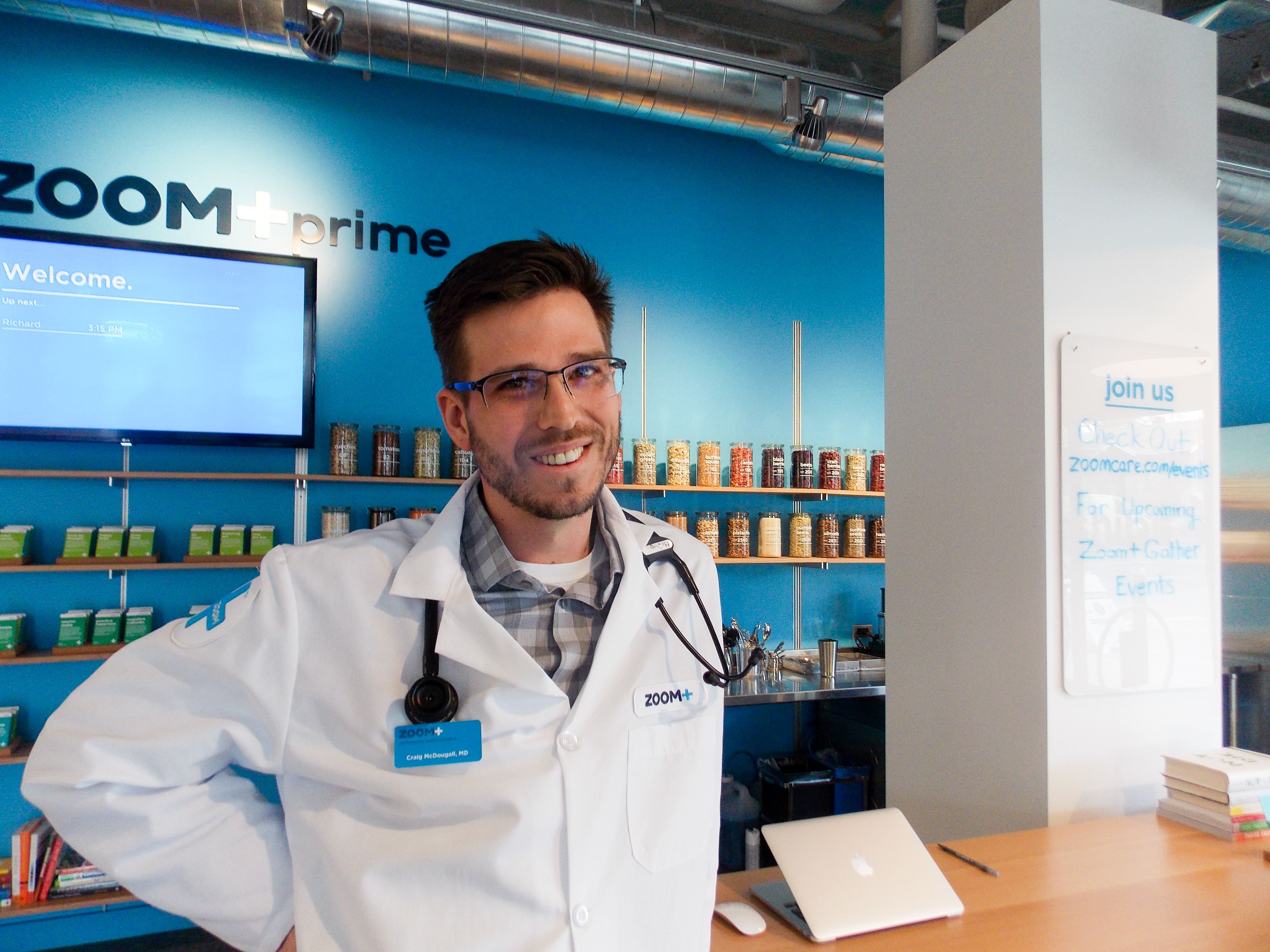 Dr. Craig McDougall, an internist with Zoom+, manages patients with chronic diseases. He works with patients to get them off their medications by using food and exercise. The clinic where he works has a kitchen in the lobby and offers yoga and cooking classes. (Anna Gorman/KHN)

“It’s a totally new-school approach,” she said. “A company like this is saying, ‘We will be the destination of everything you think of when you want to stay healthy.’ The question is: Will the economics work out?”

That could be a challenge given how saturated the Portland insurance market is, said Sabrina Corlette, a research professor at Georgetown University’s Health Policy Institute. And some insurers on the exchange are much more established.

In addition, millennials aren’t typically heavy users of the health care system, though many come for regular checkups, she said. Zoom’s success as an insurer depends in part on convincing young people that insurance “is a valuable thing for them to get and maintain,” Corlette said. Attracting young, healthy consumers also helps balance out any older, sicker members.

Other health care companies are marketing to millennials also, including New York-based insurer Oscar, which attracts younger consumers with its user-friendly technology. Oscar started selling coverage through Covered California this year. Harken Health, a subsidiary of UnitedHealthcare, assigns members in Chicago and Atlanta to a personal health coach, and — like Zoom — it also offers classes in cooking and yoga.

Darcy Hoyt, a veterinarian, said she signed up for Zoom insurance after regularly using the clinics for the past few years. The monthly premiums to cover her and her two children are lower than what her previous insurer charged, and she appreciates knowing in advance how much everything will cost.

“So far, so good,” Hoyt said. “For the relatively young, healthy families with kids falling off bikes and getting common colds, it’s very streamlined.”

The model appeals to people who want a different approach to medicine that doesn’t have the “vestigial appendices of a health care system that has been around for 50 years,” said John McConnell, director of Oregon Health & Science University’s Center for Health Systems Effectiveness. 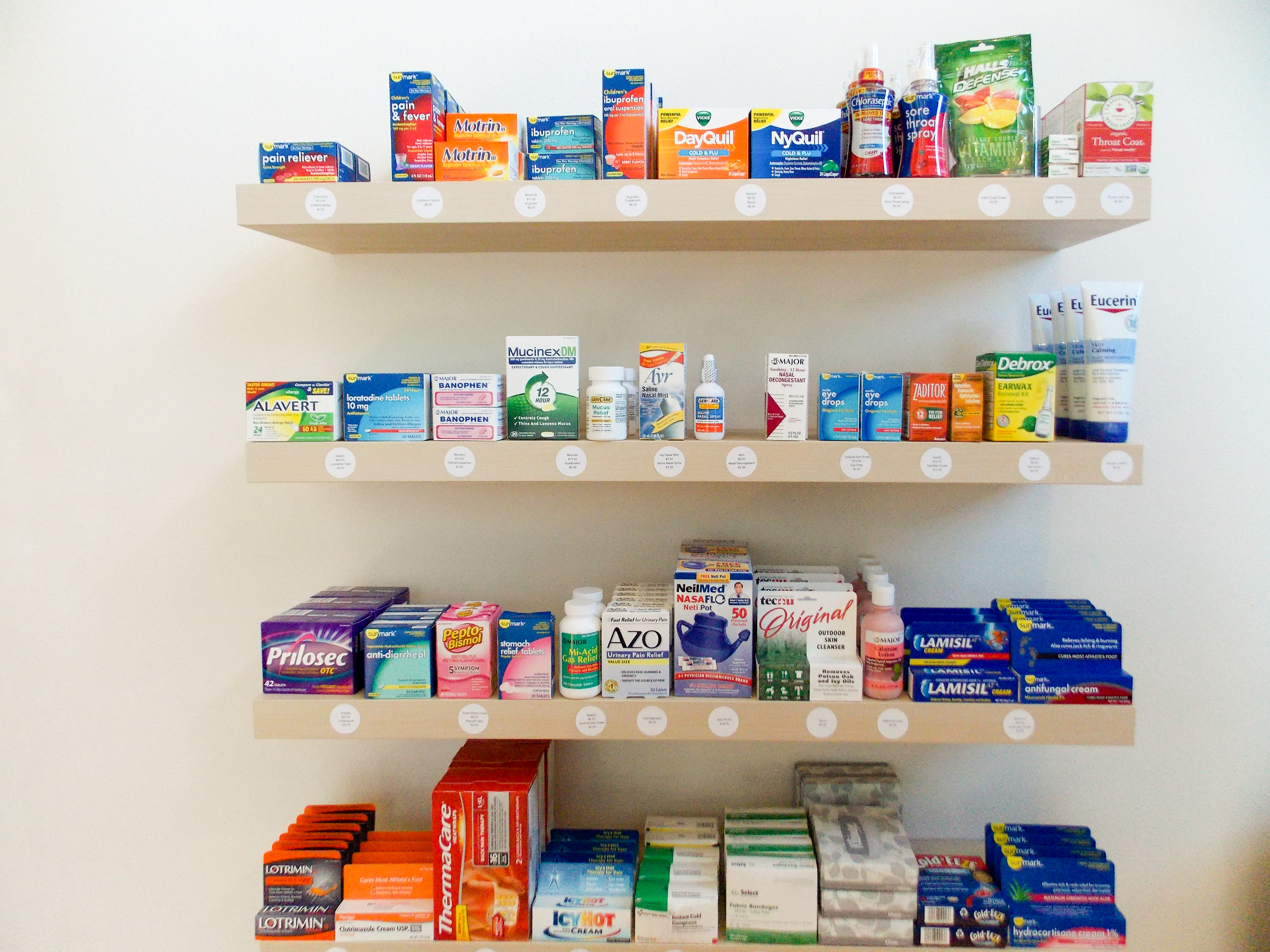 This Zoom+ clinic includes shelves of over-the-counter medication. One patient calls Zoom “one-stop shopping” because she can see her medical provider and get her medications in one place, usually within 30 minutes. The company is trying to buck the traditional health care system by offering convenient, affordable care and making the experience hip and user-friendly. (Anna Gorman/KHN)

“It’s like the iPhone,” McConnell said. “Zoom changed the paradigm … The whole way of delivering care is very different.”

Zoom is selective about its patient population. While it sees privately insured patients and uninsured ones with the ability to pay, it doesn’t accept people who are on Medicaid or Medicare.

By limiting whom they serve, McConnell said, the company’s providers may be cherry-picking the least costly patients and leaving other medical groups and hospitals to deal with medically needier people.

Sanders countered that one company can’t be all things to all people and Zoom has decided to invest its resources in serving a population that was ignored by the health system before the Affordable Care Act came along.

Zoom keeps costs low by providing care in neighborhood clinics and avoiding unnecessary tests and procedures. It relies heavily on nurse practitioners and physician assistants, and maintains small staffs. It also has its own electronic health record system. 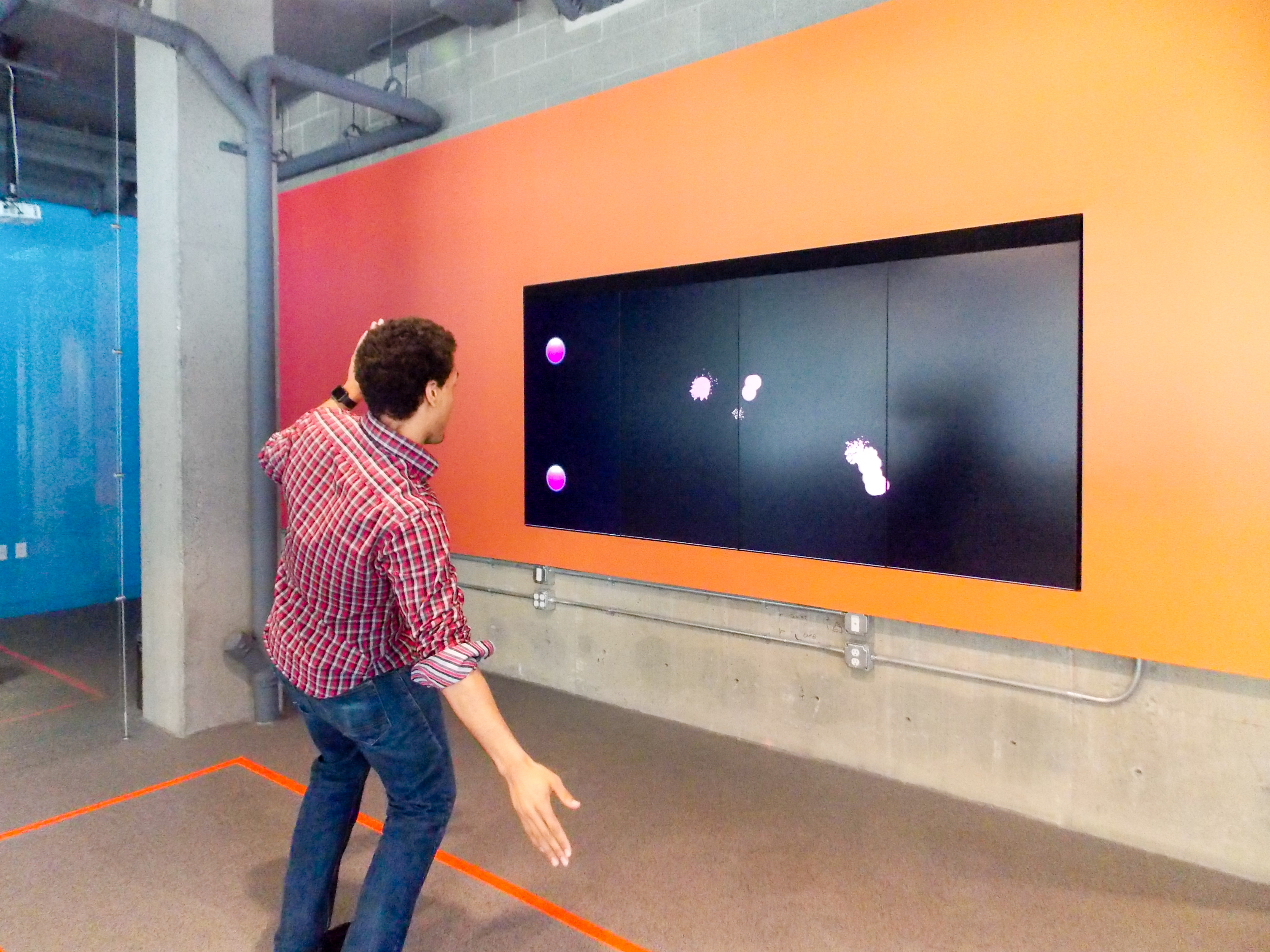 To advance its mission, Zoom has taken on regulators and state policymakers. It successfully lobbied for laws in Oregon allowing nurse practitioners to dispense medication and insurers to reimburse for more telemedicine.

The emergency clinic is one place where doctors said they are able to avoid overhead and pass savings along to patients. For patients paying out of pocket, a visit costs under $300.

Badgley, who has private insurance, came in to the clinic recently because she had been in bed for days with what she thought was the flu but still felt horrible after returning to work. She only had to explain once why she was there.

In the exam room, Dr. Aviva Zigman pulled out a pen and wrote Badgley’s symptoms on an oversized white board, along with the tests she might need and how long the appointment would take. Soon afterward, Zigman quickly determined that Badgley had an ear infection and gave her some antibiotics.

Zigman said that as a provider, the Zoom model is much more efficient than a typical emergency room for routine ailments and her patients can get what they need quickly.

Another Zoom patient, Amy Cannon, 45, goes to the company’s new primary care clinic for management of her high cholesterol, prediabetes and high blood pressure. The clinic, which has a kitchen in the lobby, offers cooking and yoga classes on site. Cannon said it feels more like a private club than a doctor’s office, and the assistant greets her with a hug.

Zooming In On Millennials