SALINA, Kan. — The University of Kansas School of Medicine-Salina opened in 2011 — a one-building campus in the heart of wheat country dedicated to producing the rural doctors the country needs.

Now, eight years later, the school’s first graduates are settling into their chosen practices — and locales. And those choices are cause for both hope and despair.

Of the eight graduates, just three chose to go where the shortages are most evident. Two went to small cities with populations of fewer than 50,000. And three chose the big cities of Topeka (estimated 2018 population: 125,904) and Wichita (389,255) instead.

Their decisions illustrate the challenges facing rural recruitment: the lack of small-town residencies, the preferences of spouses and the isolation that comes with practicing medicine on one’s own.

But the mission is critical: About two-thirds of the primary care health professional shortage areas designated by the federal Health Resources and Services Administration in June were in rural or partially rural areas. And it’s only getting worse.

As more baby boomer doctors in rural areas reach retirement age, not nearly enough physicians are willing to take their place. By 2030, the New England Journal of Medicine predicts, nearly a quarter fewer rural physicians will be practicing medicine than today. Over half of rural doctors were at least 50 years old in 2017.

So Salina’s creation of a few rural physicians a year is a start, and, surprisingly, one of the country’s most promising.

Only 40 out of the nation’s more than 180 medical schools offer a rural track. The Association of American Medical Colleges ranked KU School of Medicine, which includes Salina, Wichita and Kansas City campuses, in the 96th percentile last year for producing doctors working in rural settings 10 to 15 years after graduation.

“The addition of one physician is huge,” said Dr. William Cathcart-Rake, the founding dean of the Salina campus. “One physician choosing to come may be the difference of communities surviving or dissolving.”

The Draw Of Rural Life

By placing the new campus in Salina (population: 46,716), surrounded by small towns for at least 50 miles in every direction, the university hoped to attract and foster students who had — and would deepen — a bond to rural communities.

And, for some, it worked out pretty much as planned.

One of the school’s first graduates, Dr. Sara Ritterling Patry, lives in Hutchinson (population: 40,623). Less than an hour from Wichita, it isn’t the most rural community, but it’s small enough that she still runs into her patients at Dillons, the local grocery store.

“Just being in a smaller community like this feels like to me that I can actually get to know my patients and spend a little extra time with them,” she said.

After all, part of the allure of a rural practice is providing care womb to tomb. The doctor learns how to deliver the town’s babies, while serving as the county coroner and the public health expert all at once, said Dr. Robert Moser, the head of the University of Kansas School of Medicine-Salina and former head of the state health department.

For another of the original Salina eight, Dr. Tyson Wisinger, that calling brought him back to his hometown of Phillipsburg (population: 2,486) after his residency. His kids will go to his old high school, where his graduating class was all of 13 people, and he’ll take care of their baseball teammates. Plus, they’ll grow up living minutes away from generations of extended family.

“I can’t have imagined a situation that could have been more rewarding,” Wisinger said.

But the road to rural family medicine also includes a thing called “windshield time” — the amount of time needed to travel between clinics or head to the closest Walmart.

Then there’s figuring out just how far their patients will need to drive to get to the nearest hospital — which for Drs. Daniel Linville and Jill Corpstein Linville is a solid four hours for more advanced care from their new practice in Lakin, Kan. (population: 2,195).

Their outpost in southwestern Kansas can feel a little bit like a fishbowl. “We do life with some of our patients,” Corpstein Linville said.

Already, the Linvilles have delivered babies and handled a variety of ailments there.

The pair met and married during their four years in Salina — they jokingly call it a “full-service med school.” They completed a family medicine residency in Muncie, Ind. Then they were recruited by a rural practice that helped them avoid what Moser calls the most dreaded words in rural medicine: “solo practice.”

New doctors don’t want to practice alone, especially as they develop their sea legs, due to the strains of constantly being on call and having singular responsibility for a town. Telemedicine, where doctors can easily consult with other physicians around the country via web video or phone, is helping, as are physician assistants.

Diverging From The Path

Dr. Claire Hinrichsen Groskurth, another member of the first graduating class, always intended to return to a small town similar to where she grew up.

She’d been a member of the Scholars in Rural Health program at Kansas University that seeks out rural college students who are interested in medicine. She also had committed to the Kansas Medical Student Loan program, which promises to forgive physicians’ tuition and gives a monthly stipend if they agree to work in counties that need physicians, or in other critical capacities.

But when she realized she might specialize, she decided to take out federal loans for her final years. She had to pay back the first year of the special loan with 15% interest. 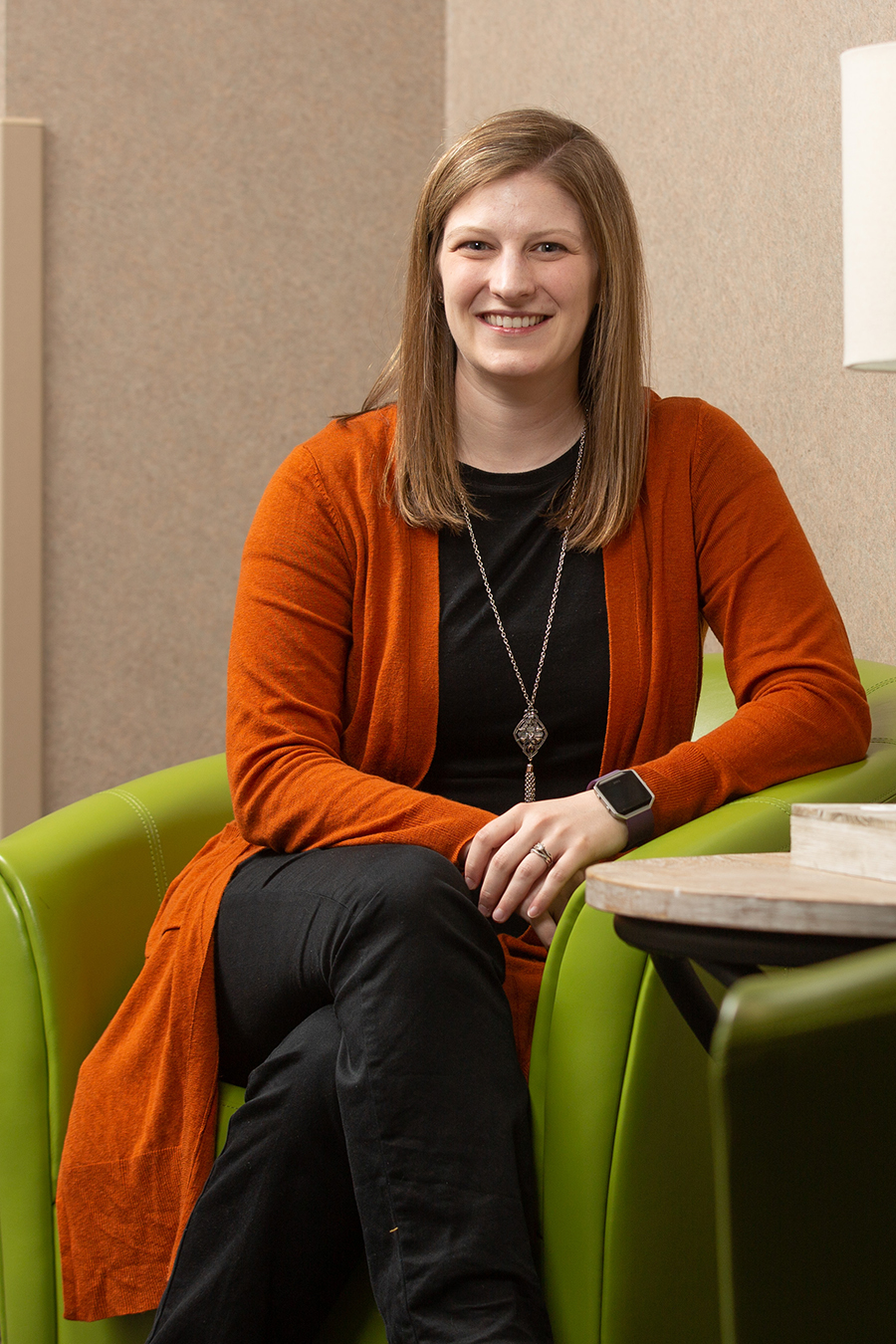 With a population under 41,000, Hutchinson, Kan., isn’t the most rural community, but it’s small enough that Ritterling Patry still runs into her patients at the local grocery store.(Aaron Patton for KHN)

Plus, her now-husband, who went to Kansas University’s Wichita campus, needed to be in a large enough city to accommodate further training to become a surgeon. So Hinrichsen Groskurth delivers babies as she thought she would — but in Wichita.

The spousal coin can flip both ways: Ritterling Patry needed to find a place that worked for her husband’s farming of corn, sorghum, soybeans and wheat. So the smaller city of Hutchinson it was.

Flaws In The Pipeline

Most medical school students come from urban areas and are destined to stay there, said Alan Morgan, the head of the National Rural Health Association. Producing doctors for the vast swaths of rural America needs to be more of a priority at every step in the education pipeline, experts said.

Many academic centers sell students on the party line that they’ll be overworked, underappreciated and underpaid, according to Dr. Mark Deutchman, director of the University of Colorado School of Medicine’s rural program. “They take people who are interested in primary care or rural and beat it out of them throughout their training,” he said.

And that kind of rhetoric often influences the opinion of their medical school peers, which those in rural health might resent.

“If a medical student never ever goes to a rural place, they never find out,” he said. “That’s why students need to meet rural doctors who love what they do.”

The federal government recently allocated $20 million in grants to help create 27 rural residency programs — programs where newly minted doctors go for practical training before they can be fully licensed. That’s a big jump from the 92 programs now active.

For Jill Corpstein Linville, the pipeline also needs to start at more schools like Salina that are promoting rural medicine from Day One.

“So when you hear rural medicine, you know that it’s a thing and don’t kind of cringe,” she said. “You don’t think it’s someone taking care of a cow.”