Months into the coronavirus pandemic, older adults are having a hard time envisioning their “new normal.”

Many remain fearful of catching the virus and plan to follow strict precautions — social distancing, wearing masks and gloves, limiting excursions to public places — for the indefinite future.

Mortality is no longer an abstraction for those who have seen friends and relatives die of COVID-19. Death has an immediate presence as never before.

Many people are grieving the loss of their old lives and would love nothing better than to pick up where they left off. Others are convinced their lives will never be the same.

“We’re at the cusp of a new world,” said Harry Hutson, 72, an organizational consultant and executive coach who lives in Baltimore.

He’s among nearly a dozen older adults who discussed the “new normal” in lengthy conversations. All acknowledged their vulnerability as states across the country lift stay-at-home orders. (Adults 65 and older are more likely to become critically ill if infected with the coronavirus.) Here’s some of what they said: 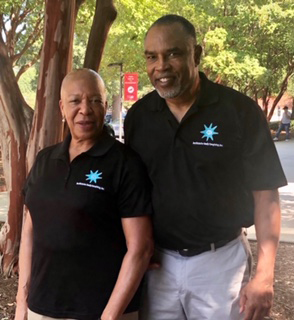 (Courtesy of Willetha and Harold Barnette)

Willetha, 67, and Harold, 68, Barnette, of Durham, North Carolina. The Barnettes are an unusual couple: They divorced in 1995 but began living together again in 2014 when both Willetha and her elderly mother became ill and Harold returned to help.

For Willetha, who has Crohn’s disease and is immunocompromised, the “new normal” is characterized by vigilance — masks, gloves, disinfectants, social distancing, working remotely (she’s a development officer at a school).

“I’m not going to be comfortable freely moving around this world until they’re able to do reliable antibody testing and there is a vaccine,” she said. “Right now, I think we all have to learn to live smaller.”

Harold believes that self-reliance and local support networks are more important than ever. “To me, the pandemic reveals troubling things about the state of institutions in our society. The elder care system is rotten and the health care system full of neglect,” he said.

“I’m preparing myself for a different social order. I’m thinking that will be built on relationships with family and people near to us and we’ll all be helping each other out more.”

Patricia Griffin, 80, of Oxford, Pennsylvania. Griffin is a retired microbiologist who lives alone in a continuing care community and loves to travel. In March, as the coronavirus pandemic gathered steam, she was due to take a trip to the Amazon, which was canceled.

“I envision conditions for seniors being restrictive until we have a vaccine,” Griffin said. “That makes me angry because I don’t have that many years left. And I would like to do the things I want to do. At the moment, I’m leaning toward being cautious but not being completely a prisoner.”

A big frustration for Griffin is the lack of clear guidance for healthy older adults like her who do not have underlying medical conditions. “All we see are statistics that lump all of us together, the healthy with those that have multiple issues,” she said. I’m wondering what my odds of getting really sick from this virus are.” 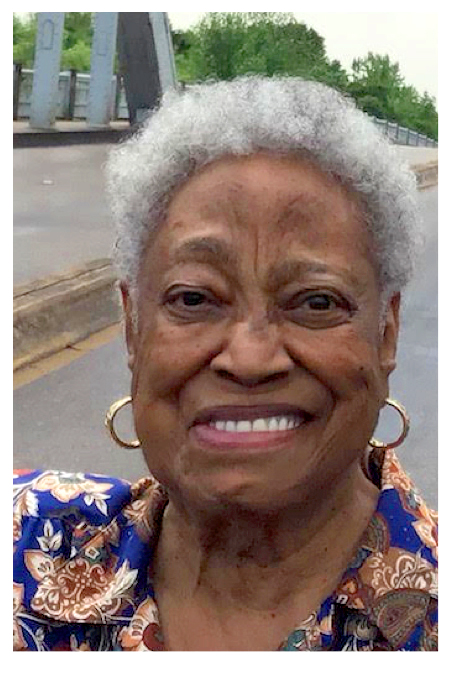 Wilma Jenkins, 82, of South Fulton, Georgia. Jenkins, who has coped with depression most of her life and describes herself as an introvert, lives alone in a small house just outside Atlanta.

“I confess I’m going to be afraid for a while,” she said.

During the pandemic, her three adult children and grandchildren have created a new tradition: Zoom meetings every Sunday afternoon. Previously, the entire family got together once a year, at Thanksgiving. “It helps me a lot, and I think it will last because we have so much fun,” Jenkins said.

Before her life ground to a halt, Jenkins regularly gave presentations at senior centers across Atlanta on what it’s like to grow old. “My work is helping little old people like me,” she said, “and when I can get out again, I’ll be reminding them that we have reached a point when we can wear the crown of age and we should be doing that proudly.” 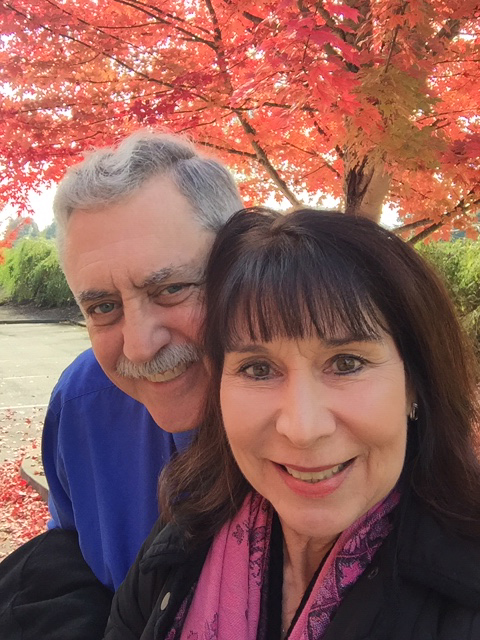 (Courtesy of Ed and Marian Hollingsworth)

Marian and Ed Hollingsworth, 66 and 72, of La Mesa, California. Ed has a rare gastrointestinal cancer and is enrolled in a clinical trial of a new drug.

“My vision of the future is somewhat limited, given my age and my prognosis,” he said. “There’s a constant fear and uncertainty. I don’t see that changing anytime soon. We’ll be in the house a lot, cooking a lot, watching a lot of Netflix.”

“I always was the person who was active and doing for others: Now I’m the one at home having to ask for help, and it feels so foreign,” she said. Her most immediate heartache: “We don’t know when we’ll see our [four] kids again.” 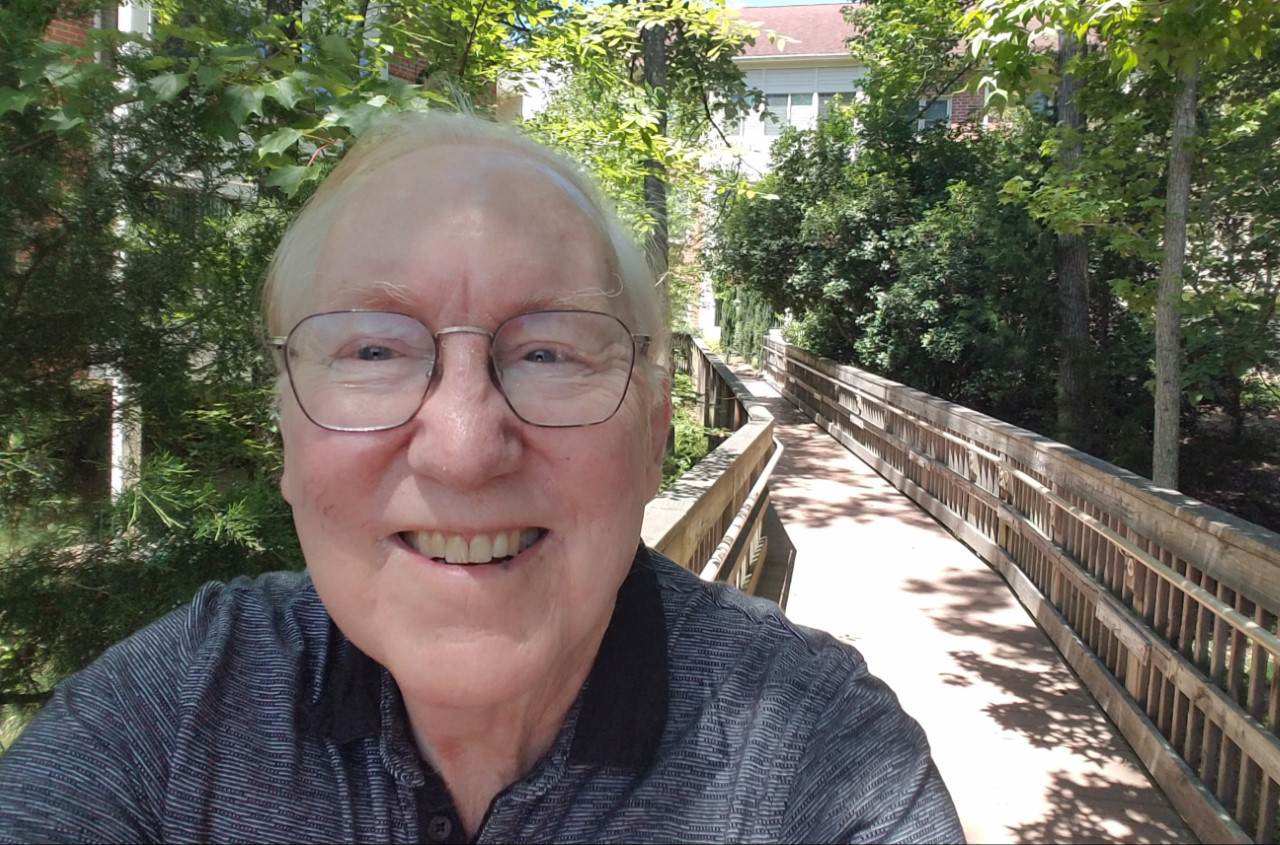 Richard Chady, 75, of Chapel Hill, North Carolina. Chady, a former journalist and public relations professional, lives in a retirement community and participates in the North Carolina Coalition on Aging.

“This pandemic has given me a greater appreciation of how precious family and friends are,” he said. “I think it will cause older people to examine their lives and their purpose a little more carefully.”

Chady is optimistic about the future. “I’ve been involved in progressive causes for a long time and I think we have a great opportunity now. With all that’s happened, there’s more acceptance of the idea that we need to do more to improve people’s lives.” 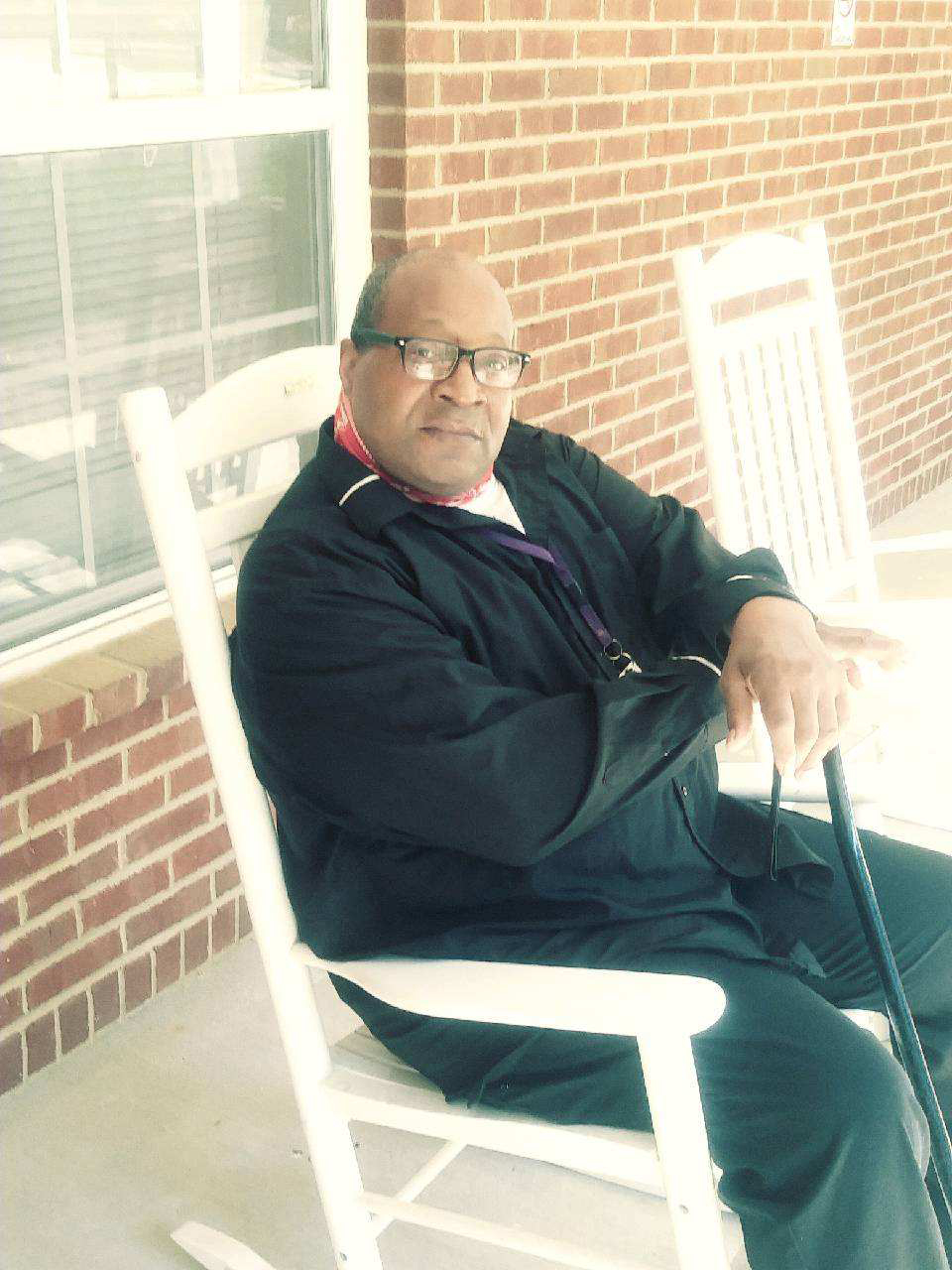 Edward Mosley, 62, of Atlanta. Mosley lives alone in Big Bethel Village, an affordable senior housing community. Disabled by serious heart disease, he relies on Supplemental Security Income and Medicaid. In the past year, he has had multiple hospitalizations.

“The pandemic, it affected me because they canceled my doctors’ appointments and I was in a bad way,” said Mosley, who had a pacemaker implanted in his chest before COVID-19 emerged. “But I’m doing better now. I can walk with a cane, though not very far.”

The hardest thing for Mosley is not being able to mingle with other people “because you don’t know where they’ve been or who they’ve been with. You feel like you’re in solitary confinement.” 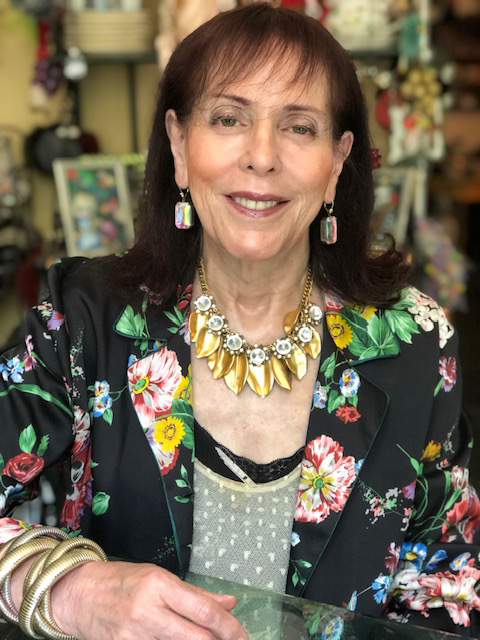 Vicki Ellner, 68, of Glenwood Landing, New York. Ellner ran Senior Umbrella Network of Brooklyn for 20 years. Today she works as a consultant for an elder care attorney on Long Island.

Before the coronavirus upended life in and around New York City, Ellner and the attorney were planning to launch an initiative aimed at older women. Now, they’ve broadened it to include older men and address issues raised during the pandemic. The theme: “You’re not done yet.”

Ellner explains it this way: “Maybe you were on a path and had a vision of your life in mind. Then all of a sudden you have these challenges. Maybe you lost your job, or maybe things have happened in your family. What we want to help people understand is you’re not done yet. You still have the ability to redirect your life.”

In her personal life, Ellner, who lives with a “significant other,” is determined to keep fear at bay. “We tell ourselves we’re doing everything we can to stay vital and get through this. We try to turn that into a positive.”

Harry Hutson, 72, of Baltimore. Hutson, an organizational consultant and executive coach, is married and has five grown children. He believes “an enormous change in lifestyle” is occurring because of the pandemic.

“We’re all more careful, but we’re also more connected,” he said. “Older friends are coming out of the woodwork. Everyone is Zooming and making calls. People are more open and vulnerable and willing to share than before. We’re all trying to make meaning of this new world.”

“We’re all having a traumatic experience — an experience of collective trauma,” Hutson said. As the future unfolds, “the main thing is self-care and compassion. That’s the way forward for all of us.” 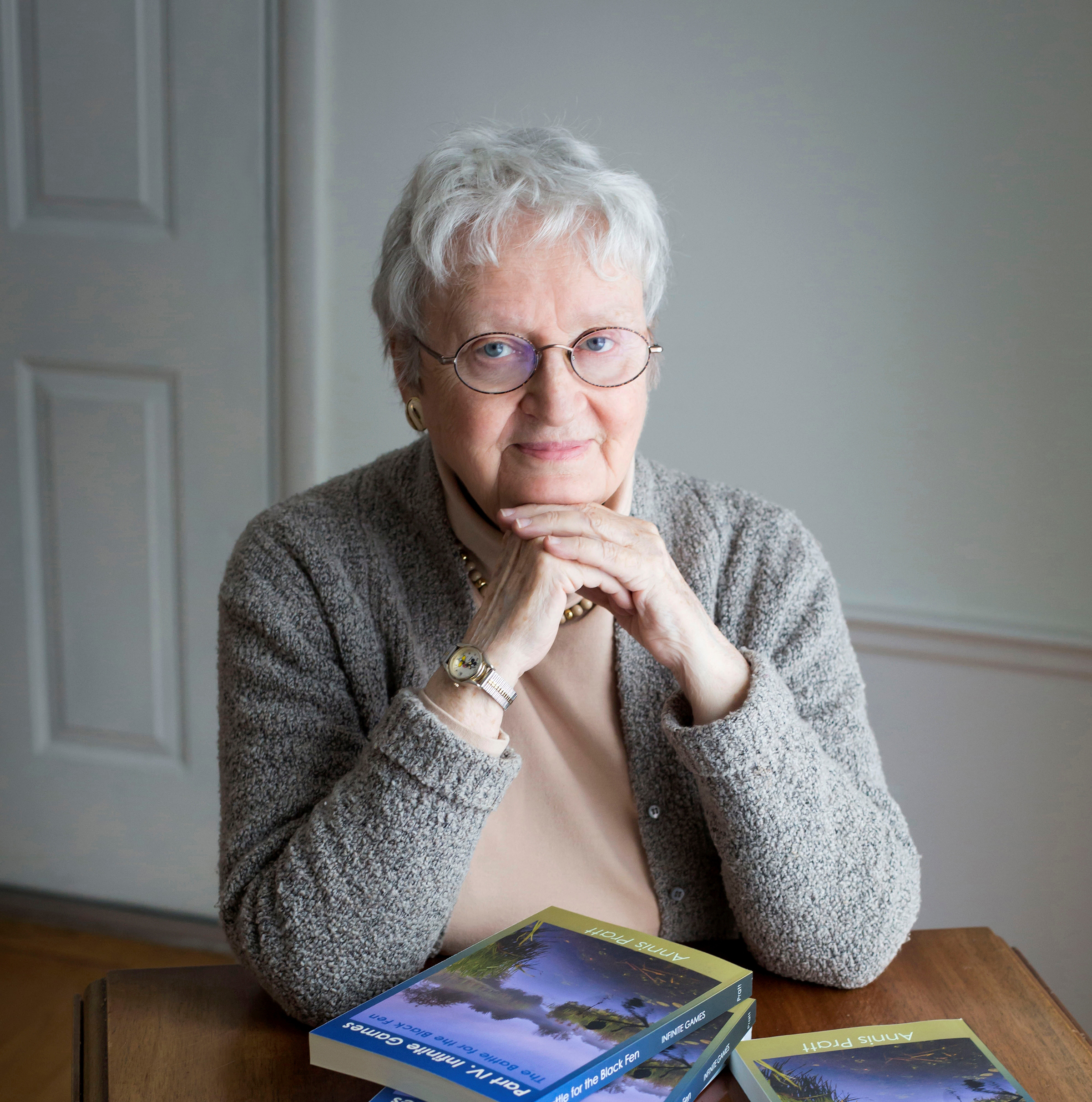 “What I’m looking forward to is getting back to interacting with real people. Much of my human contact now is on Zoom, which I consider about 75% of a personal encounter,” she said. “But every day, I make myself go out and talk to someone — like taking a vitamin pill.”

Pratt now has a “do not put me on a ventilator” order in her front hallway, along with a “do not resuscitate” order. “I know it’s very likely that if I get to the point where I have to go to the hospital, I’ll probably die,” she said. “Of course, I’m going to die anyway: I’m 83. But somehow, this pandemic has brought it all home.”

Going forward, Pratt sees two possibilities. “Our moral imaginations will have grown because of what we’ve all gone through and we will do better. Or nothing will have changed.”

Most of all, she said, “I would like to get my wonderful, wonderful life back.”