“Lord, give me back my memory.”

For months, as Marilyn Walters has struggled to recover from COVID-19, she has repeated this prayer day and night.

Like other older adults who’ve become critically ill from the coronavirus, Walters, 65, describes what she calls “brain fog” — difficulty putting thoughts together, problems with concentration, the inability to remember what happened a short time before.

This sudden cognitive dysfunction is a common concern for seniors who’ve survived a serious bout of COVID-19.

“Many older patients are having trouble organizing themselves and planning what they need to do to get through the day,” said Dr. Zijian Chen, medical director of the Center for Post-COVID Care at Mount Sinai Health System in New York City. “They’re reporting that they’ve become more and more forgetful.”

Most seniors survive COVID-19 and will encounter these concerns to varying degrees. Even among the age group at greatest risk — people 85 and older — just 28% of those with confirmed cases end up dying, according to data from the Centers for Disease Control and Prevention. (Because of gaps in testing, the actual death rate may be lower.) 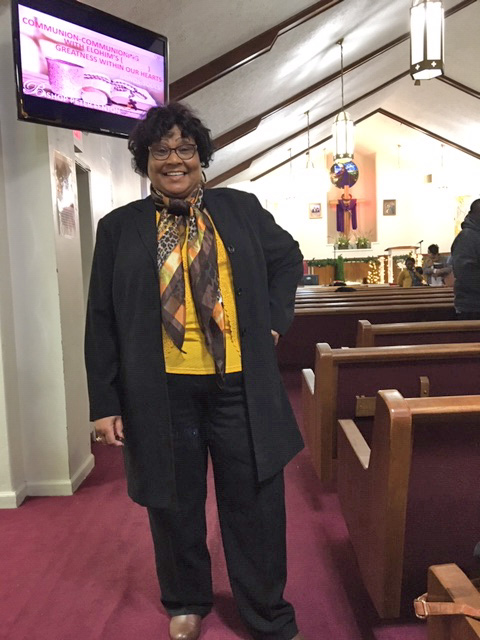 As she recovers from COVID-19, Marilyn Walters finds it difficult to put thoughts together and remember recent events. She calls it “brain fog.” “Emotionally, it’s been hard because I’ve always been able to do for myself, and I can’t do that as I like. I’ve been really nervous and jittery,” she says.(Tammia Sanders)

Walters, who lives in Indianapolis, spent almost three weeks in March and April heavily sedated, on a ventilator, fighting for her life in intensive care. Today, she said, “I still get tired real easy and I can’t breathe sometimes. If I’m walking sometimes my legs get wobbly and my arms get like jelly.”

“Emotionally, it’s been hard because I’ve always been able to do for myself, and I can’t do that as I like. I’ve been really nervous and jittery,” Walters said.

Younger adults who’ve survived a serious course of COVID-19 experience similar issues but older adults tend to have “more severe symptoms, and more limitations in terms of what they can do,” Chen said.

“Recovery will be on the order of months and years, not days or weeks,” said Dr. E. Wesley Ely, co-director of the Critical Illness, Brain Dysfunction and Survivorship Center at Vanderbilt University Medical Center. Most likely, he speculated, a year after fighting the disease at least half of the critically ill older patients will not have fully recovered.

The aftereffects of delirium — an acute, sudden change of consciousness and mental acuity — can complicate recovery from COVID-19. Seniors hospitalized for serious illness are susceptible to the often-unrecognized condition when they’re immobilized for a long time, isolated from family and friends, and given sedatives to ease agitation or narcotics for pain, among other contributing factors.

In older adults, delirium is associated with a heightened risk of losing independence, developing dementia and dying. It can manifest as acute confusion and agitation or as uncharacteristic unresponsiveness and lethargy.

“What we’re seeing with COVID-19 and older adults are rates of delirium in the 70% to 80% range,” said Dr. Babar Khan, associate director of Indiana University’s Center for Aging Research at the Regenstrief Institute, and one of Walters’ physicians.

Gordon Quinn, 77, a Chicago documentary filmmaker, believes he contracted COVID-19 at a conference in Australia in early March. At Northwestern Memorial Hospital, he was put on a ventilator twice in the ICU, for a total of nearly two weeks, and remembers having “a lot of hallucinations” — a symptom of delirium.

“I remember vividly believing I was in purgatory. I was paralyzed — I couldn’t move. I could hear snatches of TV — reruns of ‘Law & Order: Special Victims Unit’ — and I asked myself, ‘Is this my life for eternity?’” Quinn said.

Given the extent of delirium and mounting evidence of neurological damage from COVID-19, Khan said he expects to see “an increased prevalence of ICU-acquired cognitive impairment in older COVID patients.”

Ely agrees. “These patients will urgently need to work on recovery,” he said. Family members should insist on securing rehabilitation services — physical therapy, occupational therapy, speech therapy, cognitive rehabilitation — after the patient leaves the hospital and returns home, he advised. 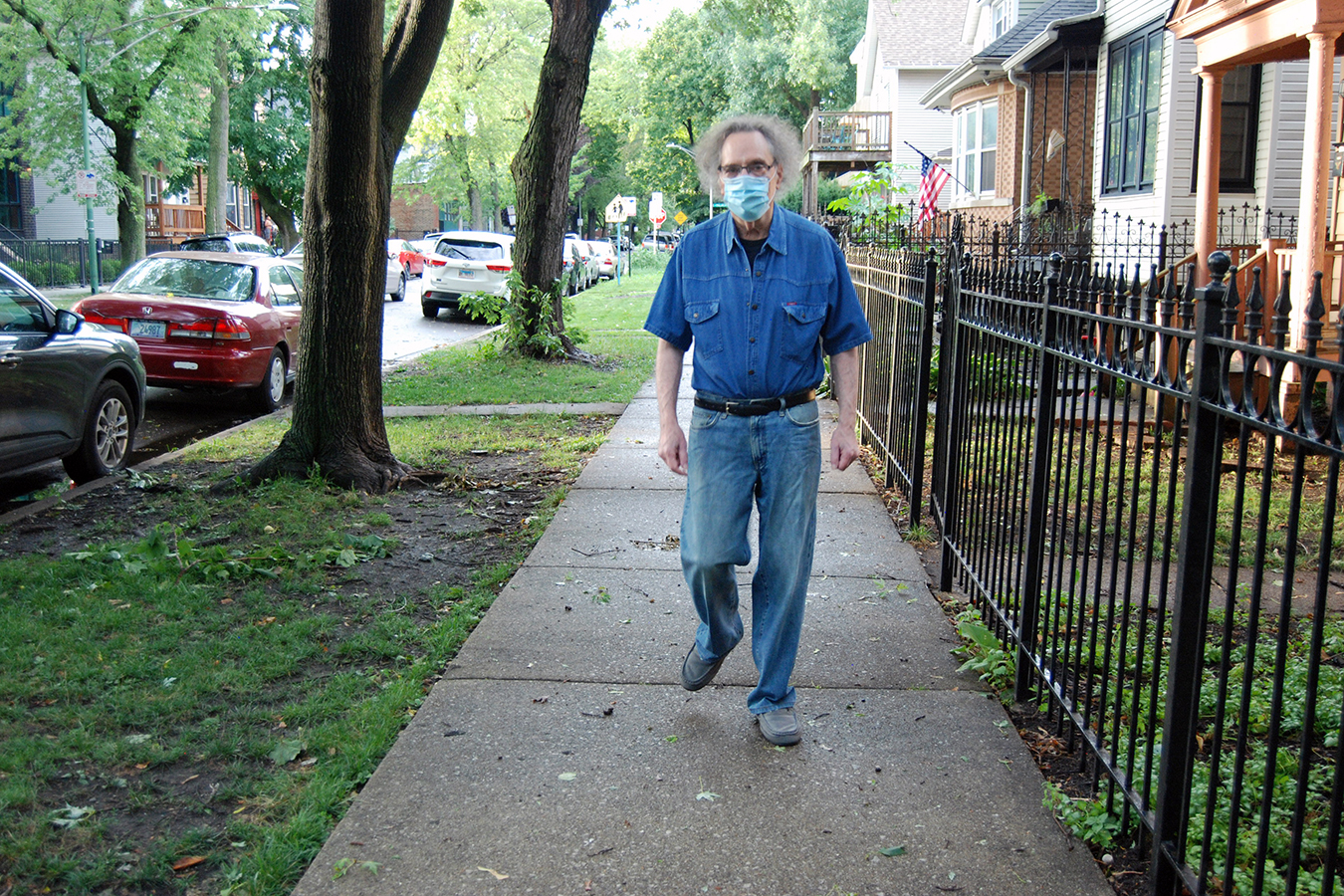 “Even at my age, people can get incredible benefit from rehab,” said Quinn, who spent nearly two weeks at Chicago’s Shirley Ryan AbilityLab, a rehabilitation hospital, before returning home and getting several weeks of home-based therapy. Today, he’s able to walk nearly 2 miles and has returned to work, feeling almost back to normal.

Talaganis had a complicated case of COVID-19: His kidneys failed and he was put on dialysis. He experienced cardiac arrest and was in a coma for almost 58 days while on a ventilator. He had intestinal bleeding, requiring multiple blood transfusions, and was found to have crystallization and fibrosis in his lungs.

When Talaganis began his rehab on Aug. 22, he said, “my whole body, my muscles were atrophied. I couldn’t get out of bed or go to the toilet. I was getting fed through a tube. I couldn’t eat solid foods.”

In early October, after getting hours of therapy each day, Talaganis was able to walk 660 feet in six minutes and eat whatever he wanted. “My recovery — it’s a miracle. Every day I feel better,” he said. 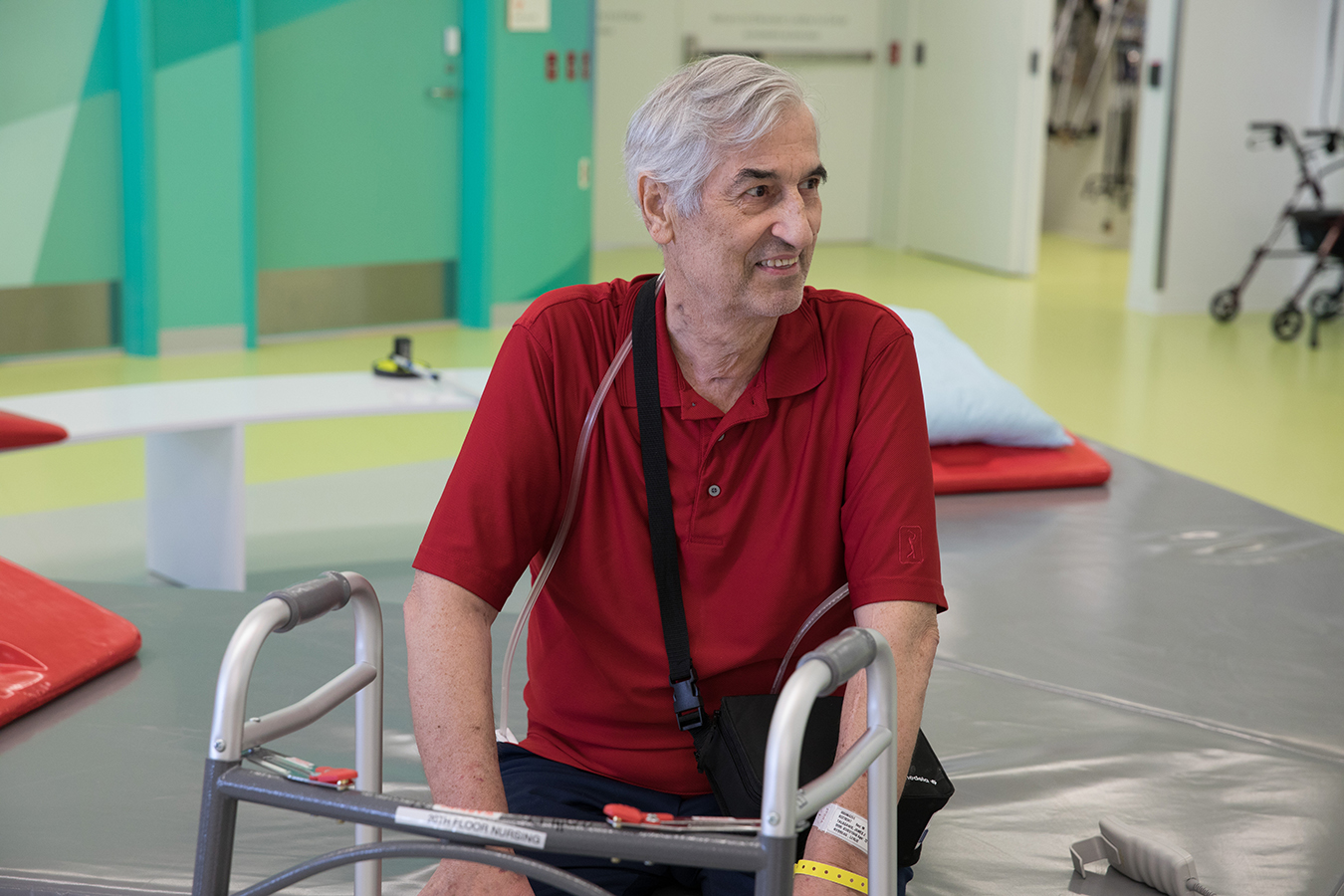 James Talaganis began his COVID-19 rehab at Shirley Ryan AbilityLab in late August. After hours of daily therapy, his walking has measurably improved. “My recovery — it’s a miracle. Every day I feel better,” he says.(Megan Washburn)

Unfortunately, rehabilitation needs for most older adults are often overlooked. Notably, a recent study found that one-third of critically ill older adults who survive a stay in the ICU did not receive rehab services at home after hospital discharge.

“Seniors who live in more rural areas or outside bigger cities where major hospital systems are providing cutting-edge services are at significant risk of losing out on this potentially restorative care,” said Dr. Sean Smith, an associate professor of physical medicine and rehabilitation at the University of Michigan.

Sometimes what’s most needed for recovery from critical illness is human connection. That was true for Tom and Virginia Stevens of Nashville, Tennessee, in their late 80s, who were both hospitalized with COVID-19 in early August.

Ely, one of their physicians, found them in separate hospital rooms, frightened and miserable. “I’m worried about my husband,” he said Virginia told him. “Where am I? What is happening? Where is my wife?” the doctor said Tom asked, before crying out, “I have to get out of here.”

Ely and another physician taking care of the couple agreed. Being isolated from each other was dangerous for this couple, married for 66 years. They needed to be put in a room together.

When the doctor walked into their new room the next day, he said, “it was a night-and-day difference.” The couple was sipping coffee, eating and laughing on beds that had been pushed together.

“They both got better from that point on. I know that was because of the loving touch, being together,” Ely said.

That doesn’t mean recovery has been easy. Virginia and Tom still struggle with confusion, fatigue, weakness and anxiety after their two-week stay in the hospital, followed by two weeks in inpatient rehabilitation. Now, they’re in a new assisted living residence, which is allowing outdoor visits with their family.

“Doctors have told us it will take a long time and they may never get back to where they were before COVID,” said their daughter, Karen Kreager, also of Nashville. “But that’s OK. I’m just so grateful that they came through this and we get to spend more time with them.”