Skip to content
This story also ran on AARP. This story can be republished for free (details).

For a dozen years, Larry Bocchiere, 68, didn’t find it especially difficult to care for his wife, Deborah, who struggled with breathing problems. But as her illness took a downward turn, he became overwhelmed by stress.

“I was constantly on guard for any change in her breathing. If she moved during the night, I’d jump up and see if something was wrong,” he said recently in a phone conversation.  “It’s the kind of alertness to threat that a combat soldier feels. I don’t think I got a good night’s sleep for five years. I gained 150 pounds.”

As her chronic obstructive pulmonary disease worsened and heart failure set in, Deborah was taking 24 medications each day and rushing to the hospital every few weeks for emergency treatments.

“Toward the end, I couldn’t stay in the same room with her for too long because I couldn’t stand to watch her being so sick,” Bocchiere said. His wife died in 2013. 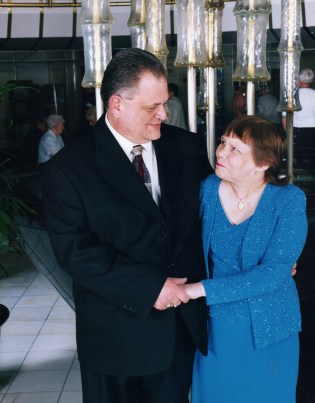 For many years, Larry Bocchiere cared for his wife, Deborah, who struggled with chronic obstructive pulmonary disease. When a spouse is seriously ill, Bocchiere says, “we lose our best friend, our love, our future. But your children, friends, relatives – they don’t get it.”(Courtesy of Larry Bocchiere)

Marriages are often shaken to the core when one spouse becomes sick or disabled and the other takes on new responsibilities.

“You have to rewrite the relationship’s expectations. And the longer you’ve been married, the harder that is to do,” said Zachary White, an associate professor of communications at Queens University of Charlotte. With Donna Thomson, he’s the author of “The Unexpected Journey of Caring: The Transformation From Loved One to Caregiver.”

Compared to adult children who care for their parents, spouses perform more tasks and assume greater physical and financial burdens when they become caregivers, an analysis of 168 studies shows. Symptoms of depression as well as strains on relationships are more common.

Communication often becomes problematic, as husbands and wives feel disoriented and uncertain about how to respond to each other. Especially early on, illness tends to “heighten emotion and short-circuit communication,” write Barbara Kivowitz and Roanne Weisman in their book, “Love In The Time of Chronic Illness: How to Fight the Sickness – Not Each Other.”

Both women were cared for by their husbands (Kivowitz suffered from chronic pain; Weisman had a stroke). “We were gobsmacked by how much illness took over the relationship,” Kivowitz said earlier this year in a video presentation.

Complicating these issues is isolation. “We often hear about family members who won’t get involved or are overly critical of the well spouse but never pitch in or visit,” said Robert Mastrogiovanni, 72, president of the Well Spouse Association, which offers support groups to members. “And then there are lifelong friends who drop out of the picture.”

Most of the time (55%), older spouses are caregiving alone as husbands or wives come to the end of their lives, without help from their children, other family members or friends or paid home health aides, according to research published earlier this year.

The risk is that marriages will be undermined by illness and essential emotional connections lost.

“The well spouse can go from being a partner and a lover to a nurse and a caregiver, which is an entirely different kind of relationship,” said Mastrogiovanni, who cared for his wife, Kathleen. She had multiple sclerosis for 50 years before she passed away last year.

Or spouses can become distant as they struggle with feelings of loss, fear, and, frequently, misunderstanding and anger.

“He wouldn’t talk to me. He would seem like he was angry at me, but I didn’t really understand,” said Terri Corcoran, 69, whose husband Vincent had Fragile-X associated tremor/ataxia syndrome, a neurodegenerative disorder.

It took five years for Vincent to get a diagnosis. During that time, Corcoran said, “I felt like I married someone I didn’t know. It was devastating. It took me a long time to realize his brain was impaired.” 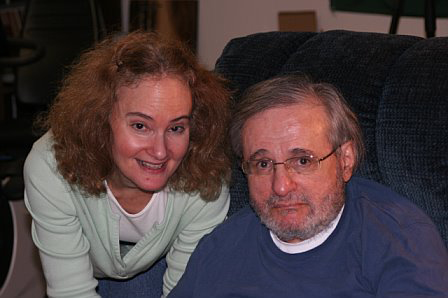 Terri Corcoran’s husband, Vincent, had Fragile-X associated tremor/ataxia syndrome, a neurodegenerative disorder. Although Vincent couldn’t talk, Terri says she would sit with him and talk to him about what she was feeling: “He would put his arms around me, and I would say ‘I’m doing the best I can. I know this isn’t your fault, but it’s really hard.’ And I always ended up feeling better.”(Courtesy of Terri Corcoran)

How can older couples navigate these challenges and protect their relationships – an essential source of comfort and support – when illness strikes? Several experts offered suggestions:

Reset expectations. Couples need to face what is being lost as a result of illness and, at the same time, focus on what remains intact.

Dr. John Rolland, an adjunct professor of psychiatry at Northwestern University’s Feinberg School of Medicine and author of “Helping Couples and Families Navigate Illness and Disability: An Integrated Approach,” tells of a couple in their early 70s he’s counselling. Both were working when the wife started having symptoms of Parkinson’s disease five years ago.

In retirement, the couple had planned to do a lot of biking, hiking and adventure travel. Now her mobility is limited, he’s down in the dumps and tension has invaded the relationship.

Rolland’s advice: Figure out what you can do together and what each of you can do separately. He helped them see that they can share some cherished activities – reading books together and attending the theater – and add new ones, such as cooking. And the husband can still go biking, without worrying about making his wife feel bad, so long as they communicate openly about respecting each other’s needs.

Divvy up responsibilities. Couples need to retain a sense of balance in their relationships, to the extent possible. Often this is threatened as one spouse becomes less able to function and the other takes on more responsibilities.

Kivowitz has a practical suggestion: Create a list of everything that needs to be done in your household, then divide up tasks. If there are things that neither of you wants to do, brainstorm ways to find help.

In her video, she describes how she and her husband Richard did this. Kivowitz signed up for laundry, meal preparation, keeping medical records in order, researching her condition and arranging help at home. Richard took on grocery shopping, getting medications, dealing with insurance, paying bills, financial planning and working to keep the household afloat. Neither wanted to do housecleaning – a task that could be given to someone else. 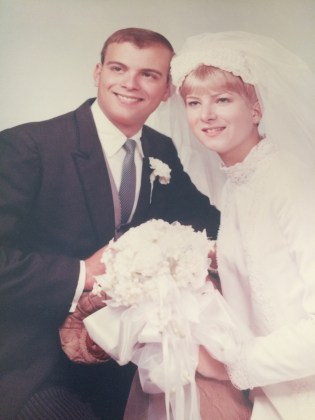 Include the ill spouse. Avoid assigning the ill spouse to a passive role of being “cared for.” To the extent possible, set boundaries around caregiving and maintain reciprocity in the relationship.

Rolland tells of a woman with polycystic kidney disease whose husband helped administer home dialysis three times a week: “They would go into a room where all the equipment was kept, and, when dialysis was over, close the door and focus on being a couple.”

When Mastrogiovanni retired from an accounting job with the government, he and his wife bought a van with a ramp and travelled all over the country. When she could no longer feed herself, they’d still go out to restaurants where he’d feed her by hand – something the couple’s therapist had encouraged.

When joint activities are no longer possible, just being with someone can express closeness and solidarity.

Although Corcoran’s husband couldn’t talk, she’d sit with him and talk to him about what she was feeling: “He would put his arms around me, and I would say ‘I’m doing the best I can. I know this isn’t your fault, but it’s really hard.’ And I always ended up feeling better.”

Expand your network. If friends and family members don’t seem to understand what you’re going through, find people who do. Well and ill spouses may need to find support in different places.

Bocchiere, who’s chairman of the Well Spouse Association, said that when a spouse is seriously ill, “we lose our best friend, our love, our future. But your children, friends, relatives – they don’t get it.”

The first time he went to one of the association’s support groups and listened to other spouses tell their stories, “I was home,” he said.

Make meaning. “At some point,” White said, “you have to be able to make meaning of what you’re going through as a caregiver and incorporate this into a new sense of identity.”

For many people, meaning revolves around the notion of “fidelity” – commitment to their spouse, their vows and the “we” of their relationship, he said.

Corcoran converted to Catholicism the year that her husband was diagnosed and found solace in her faith and her church. “I kept praying that our marriage would have meaning,” she said.

Learning that people from her church saw her marriage as “loving” gave a deep sense of satisfaction. Ultimately, Corcoran came to understand “this is a cross my husband and I were carrying together.”

Kivowitz has observed a profound shift in herself and others, from “caregiving as a set of daily responsibilities” to caregiving as an expression of compassion.

“Measure success,” she said, “by how well you connect, love and feel loved.”